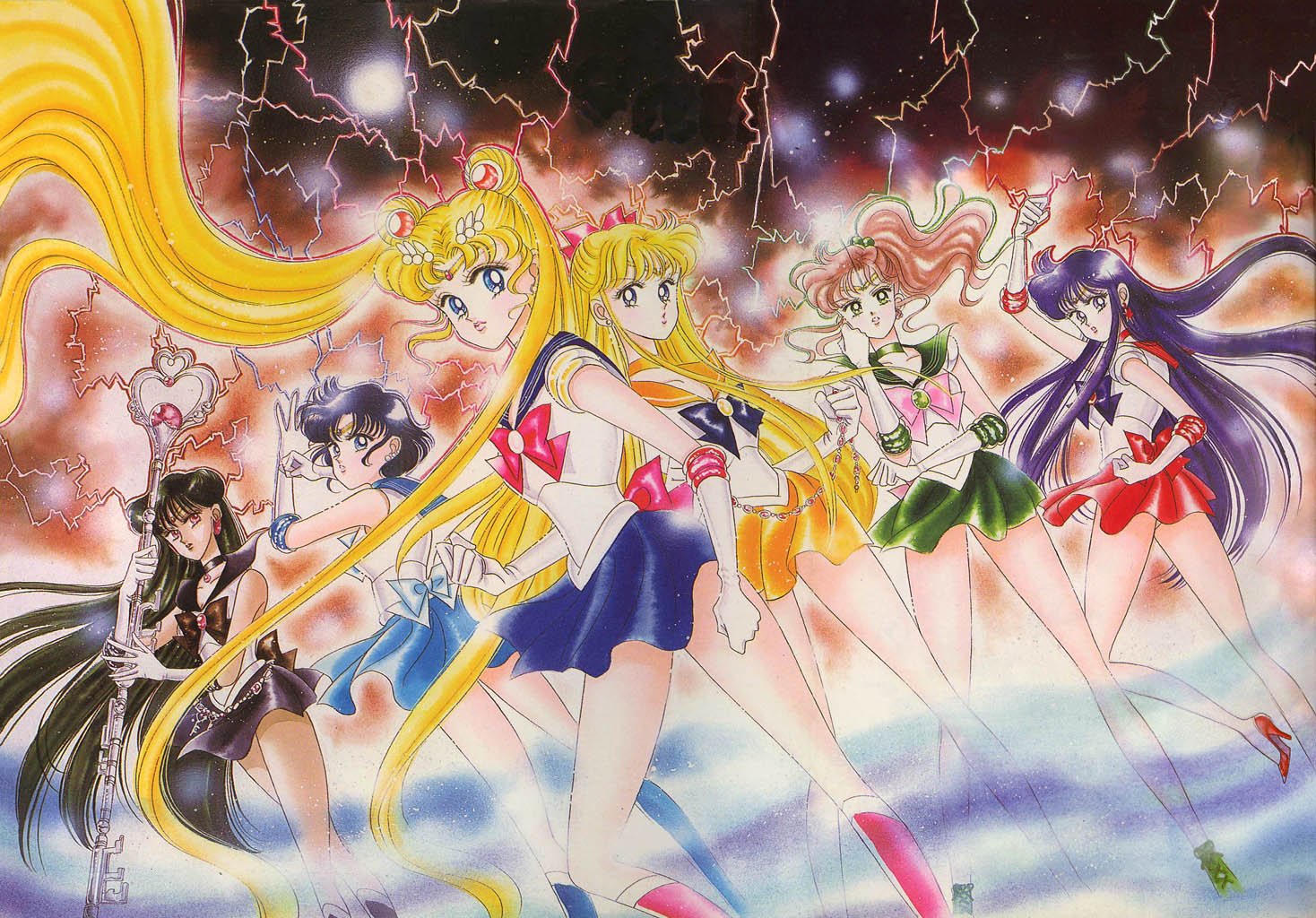 Sunday was the birthday of Naoko Takeuchi, the creator of Sailor Moon. Takeuchi is someone I might never meet, but she was responsible for a lifetime of inspiration with her titular heroine and the multiple adaptations that were spawned from the manga. Why does this shojo series still manage to create such strong feelings after almost thirty years? Because it stands for truth, love, and friendship.

Sailor Moon has been an anime twice, a live-action series, and several musicals, but in this piece, I’m going to focus on the manga. Both because it is my favorite, and because it set the template that would be followed and built upon.

For those who may not know the series Sailor Moon (or Pretty Soldier Sailor Moon) is about a Japanese teenage school girl named Usagi Tsukino, who is chosen to transform into the legendary warrior Sailor Moon. She is destined, along with several Sailor Scouts, to find and rescue the Moon Princess. Spoiler Alert: Usagi is the moon princess! There is reincarnation, a star-crossed love story, a girl gang-gang to rule them all, talking cats, a future kid with weird hair, distant but cool gays, and several creep villains that Sailor Moon and the Sailor Scouts must face over the course of 60 acts.

Where the manga shines brightest is with its protagonist Usagi Tsukino, Sailor Moon herself. For those who grew up first with the 90s anime (like me), it can be a struggle to understand why Usagi, a lazy, clumsy crybaby who struggles with responsibility, was the leader of the group. She wasn’t the strongest, the smartest, or the fiercest, but she was the heart of the group. It was her who wouldn’t leave someone behind, who would fight until the bitter end to save everyone.

However, I would argue that manga illustrates that faster, but also allows Usagi to have her child-like sweetness while allowing her to grow up to be someone who understands that she holds literally omega god-like powers.

What is inspiring about Usagi is that she is always fighting to bring love into a loveless situation. Usagi cares about people—that is her greatest strength as a character and a hero. Something that is shown in the manga is that all the villains she faces as Sailor Moon have been influenced by Chaos, a being who failed to become a star and decided to merge with the Galaxy Cauldron in order to destroy the world.

Sailor Galaxia becomes his minion in that quest. A being powerful enough to rival Sailor Moon when it comes to power, Galaxia murders everyone Usagi is close to: her friends, her boyfriend (and by extension her future daughter), and tries to use her pain to push Usagi to a place where Chaos can transform her into a Guardian of darkness. But Usagi rejects that and because she chooses to not give up hope, despite the risk of death, she is able to save everyone. Because she never turns her back on the desire to save the people she loves.

In the last chapter of the series, Usagi gets to make a choice. She can start again, along with all her friends, or they can keep going. Knowing that there will always be battles to fight, that there will be enemies in the future Usagi says, “We would like to continue living together as we are, for as long as we can. We want to keep making our future together, as we have already. No matter how difficult it is we want to keep living these lives, these fates.”

When depression kicks my butt, I think about that choice and it helps me a lot. So many people have characters who inspire them and Usagi is mine, because when the story began she was a regular girl plucked from reality to now be a hero. And she did it. She made that feeling possible when I was a kid and even as a slightly more cynical adult,, she still makes me feel inspired.

I love Usagi and I’m grateful every day that Naoko Takeuchi decided to make this series. It changed my life and gave us one of the most important female superheroes of all time.