Why Pikachu Should Be President: A 10-Year-Old’s Very Important Essay 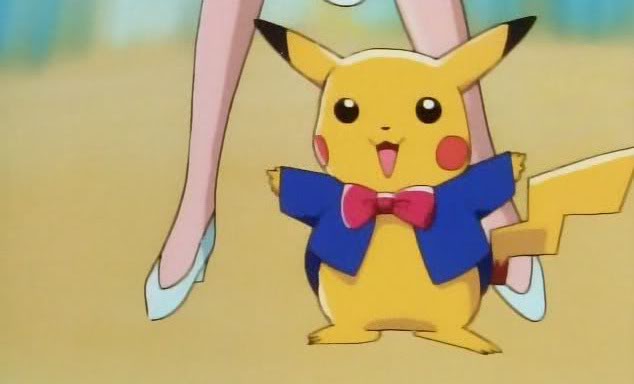 [Editor’s Note: The following was an essay written by Georgia Roberson, the daughter of Chris Roberson (iZombie) and his business partner/wife Allison Baker. It was originally posted on Roberson’s tumblr and is republished here with permission. We think you’re really, really going to love it.]

(This is a persuasive essay that our daughter wrote for a 5th grade school assignment. She is ten years old.)

I have a convincing argument about the economy. All of our past and present presidents such as Bush, Reagan, Clinton, and Obama, have tried to make this society better but they all have something in common,THEY FAIL! My point is that many people have tried to make it better to live in the US of A. There is only one person that can change the world for the better. This is why a yellow mouse with red cheeks that can’t be replaced should be president.

Our economy is basically broken in many ways such as the use of technology, the war on drugs, which is still going by the way, and all the racism and sexism in the world. There was even a shooting where a black guy had a plastic sword going to a convention and a racist police man shot him! There is also this youtuber called “feminousfrequecy” who talks about how in video games most of the time the women are either sexualized or are the damsels in distress, and she gets real death threats online, and all because she made a point in video gaming.

Drugs have also been a problem in the world since the 80’s with crack, cocaine, weed, crystal meth, and LSD being used and smoked from then to now. There are also these tiny little candies called Rare Candies are used a lot to level up a trainer’s Pokemon’s level, but they’ve become a disturbance because now, trainers are forcing their Pokemon to eat these things that don’t even taste that good. There’s even more problems than that, in 2008, a team named Team Plasma made a statement that all pokemon should be free from their trainers, of course they refused thinking that their pokemon cared and loved for them, but it was the other way around, the trainers made their pokemon love them by using the pokeball, these things are designed to trap creatures, but if you attack the pokemon down to low hp then you have a better chance of catching it, this means that you have to make this poor animal suffer so you can trap it into a little ball and brainwash it to love you, no joke, and if you think this popular franchise doesn’t go that deep or isn’t that dark, you’re clearly mistaken, because there’s a lot more.

A team called Team Rocket, which many people recognize, is a group of people that steal pokemon or various items away from their trainers and give them to their boss, Giovanni, which is a common situation with many other teams such as Team Aqua and Magma. The economy underestimates these guys by a serious degree because their plan is to capture the all mighty Mewtwo, it escaped from them after it was discovered on a burning science lab where it was created from mew’s DNA. I say that we put an end to these ruffians and all teams that steal from people, we’ll destroy their camps and set their pokemon free into the forest!

That’s not even scratching the surface on problems we have right now. Our president should be Pikachu for all those reasons that I stated. What would you if you saw a black guy getting shot by the police just for being black, or if you saw a trainer forcing candies into a pokemon’s mouth? Pikachu would have fought against those things and anything else that appeared as a problem. If Pikachu was our president I could promise you his effect would be super effective.