Why Is Colloidal Silver so Popular Among Today’s Snake Oil Salesmen? 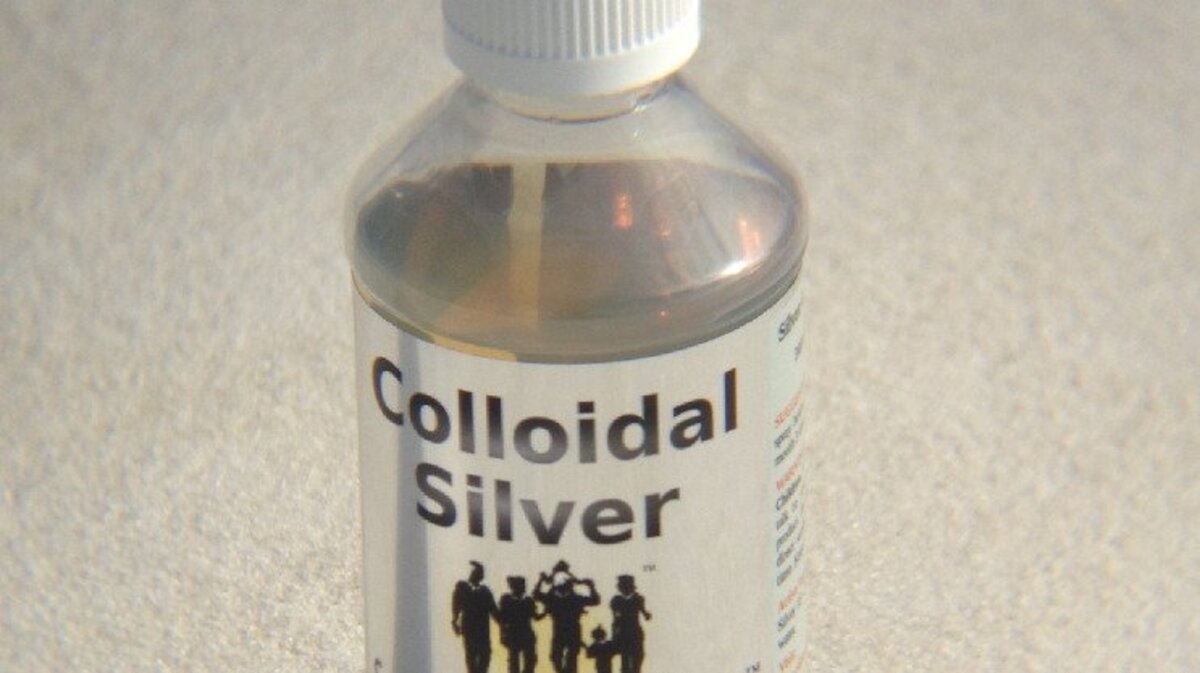 There are a lot of scam artists out there praying on the public in a time of crisis, and one of the most popular types of snake oil you see being peddled, from televangelist Jim Bakker to conspiracy nut Alex Jones, is colloidal silver. What the heck is this stuff and why is it such a darling of far-right con artists?

Colloidal silver is a suspension of silver particles in water, that are too small to seen or be filtered out. It was first used in 1891 by a surgeon named B.C Crede to sterilize wounds. The idea of using silver to sterilize actually makes sense, because silver itself does have anti-microbial properties. It can break down some bacteria, and it’s been used since ancient times as a sterile metal (or as sterile a metal as people could get) because of this. That’s why we have silverware to eat off of, it wasn’t just shiny, it was safer.

Colloidal silver was used as an anti-microbial for a while, until better things, like antibiotics, were invented. Perhaps the best thing that can be said it that it might help to sterilize things outside the body.

Colloidal silver proponents claim that ingesting it has similar effects, and the small silver particles somehow attach to cell walls and can kill bad cells, like bacteria. That’s the claim, but there’s no science to back it up. Colloidal silver is not recommended as a dietary supplement and it can lead to side effects including, ya know, TURNING YOUR SKIN SILVERISH BLUE.

Okay, that’s what colloidal silver is, but that doesn’t answer why it’s such a popular product among charlatans. As we’ve covered here on The Mary Sue, people like Jim Bakker and Alex Jones have been threatened with legal action over hawking colloidal silver products as a cure or preventative for COVID-19, as well as cancer or AIDS. There’s absolutely no proof it works so why?

Probably because it’s cheap to make and easy to sell.

There’s a raft of “how to make colloidal silver at home” website and videos out there, so yeah, it’s cheap and relatively easy to make. The “blue man” who famously turned silver-blue because he took too much made his own colloidal silver at home. And also, because it’s unregulated, so there are no rules about how much silver should be used in the solution, which is just water so … There’s a good chance that these “supplements” are either fake, watered down, cheap, and thus easy to sell to gullible people for a profit.

But it’s also a product that has just enough pseudoscientific gravitas that people believe it. The fact that it’s often sold by televangelists and conservative hosts, people who prey on their audiences’ willingness to believe and trust them over the “mainstream,” makes it that much more dangerous.

There are a lot of supplements out there that can be beneficial, depending on how you use them and what you use them for. Colloidal silver doesn’t seem to be one of them and that also makes it attractive to these con-artists, because it’s not something that’s widely recommended or known. It sounds like it’s a secret that only these for guys have and so it must be special. But no, it’s just shiny stuff that might turn you blue and it won’t cure cancer. Or COVID-19.