Why Does Everyone Seem to Hate the Idea of a Buffy Reboot? 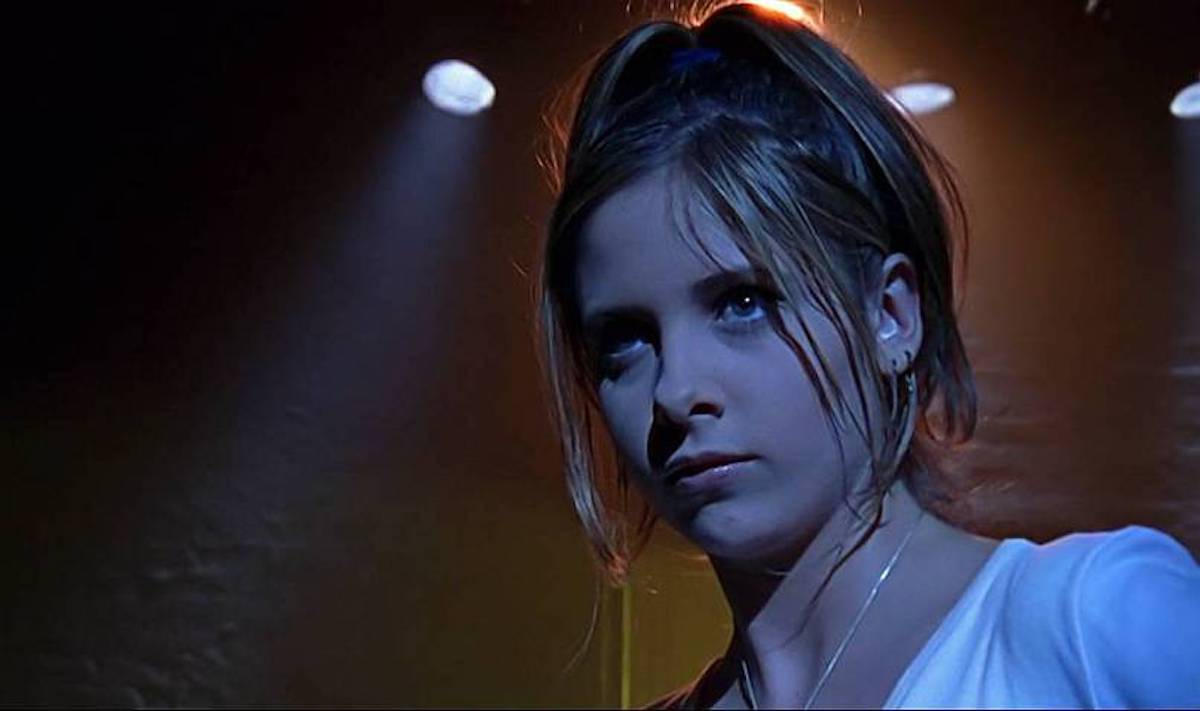 When 20th Century Fox announced their upcoming reboot of Buffy the Vampire Slayer, it was the news fans of the beloved supernatural drama series had been dreading (though it’s now at least supposed to be more of a sequel). Sure, we knew it was a possibility. Rumors of a Buffy remake have made the rounds before, and reboots of ’90s shows have been popping up left, right, and center recently, from Roseanne to the X-Files and Roswell. TV networks and streaming services seem to be milking the nostalgia factor ‘til every last drop, but we still hoped this would be one franchise the industry would leave be.

When Buffy aired the first time around in the U.K., it was a huge hit for BBC2, and although, at 10 years old, I wasn’t mature enough to get 50% of the references, I loved it anyway. I still remember how shocked my dad was that they featured a lesbian character—not that he wan’t happy; it just wasn’t done on mainstream TV at the time (just look at the furor Ellen Degeneres suffered through for coming out in the ’90s). But that was what made Buffy such a TV pioneer: It was willing to go places other shows weren’t.

Buffy proved that teen shows could be smart and funny, paving the way for future classics like Veronica Mars and Orphan Black, but most importantly, by subverting one of Hollywood’s most ingrained tropes. It bought in a new kind of feminist action hero, changing the pop cultural landscape forever. The hot blonde, who’s usually the first to go in any ’80s slasher flick, fought back, and she kept on fighting for seven years of screen time, all while addressing standard teen girl issues such as sexuality, high school politics, and relationships. The show’s action sequences attracted a diverse fanbase, both male and female, while simultaneously appealing to both younger and more mature viewers.

Don’t get me wrong; Buffy wasn’t perfect. Like most ’90s shows, it doesn’t get a gold star for diversity, and the show was an early example of the “bury your gays” trope. (We’re still mad about Tara). And don’t even get me started on the misogynistic d-bag that is Xander Harris in the later seasons, or the issues with the “my vagina made my boyfriend evil” storyline in season two. Still, even though other reboots from the era, such as Charmed and Sabrina the Teenage Witch (which have their own issues), have also been met with skepticism from fans, this was nothing compared to the tantrums (my own included) thrown over resurrecting Buffy.

But why? (Well, some of them are just racist, but that’s its own conversation.) Part of the reason Buffy has such a huge cult following is that much of the show still feels relevant. Although some elements haven’t aged well (it did premiere over two decades ago), the backlash against the upcoming reboot was swift and painful because many of us don’t want to see such groundbreaking characters and storylines repurposed. We want new ones that dissect the age we live in.

Let’s not forget that the Buffyverse has already been expanded upon in both the TV spinoff Angel and the Dark Horse comic book series written by creator Joss Whedon. With such an extensive storyline already in place, it would make more sense to explore existing characters instead, rather than rewriting them. However, showrunners have left it too late for this option. When the series wrapped up in 2003, there were many potential spinoffs fans would have loved—including a series focusing on Giles and another on Faith—that would have likely gone down much better, but the actors, and the world, have moved on.

Some black fans were also unimpressed by the idea of casting a black actress as a new Buffy Summers. Even though it’s great that networks are embracing diversity, it’s not as powerful a statement as creating a new black heroine with her own storyline—especially as Monica Owusu-Breen, who has previously worked on Alias and Marvel’s Agents of S.H.I.E.L.D, has been hired to write the reboot. She’s clearly talented enough to come up with something new and exciting, so why not let her?

AsCandice Fredrick says in her Slash Film piece “Talent of Color Do Not Need White TV Show and Film Hand-Me-Downs,” it’s not enough to just put a black actress on screen for the sake of representation. “It’s about the opportunity for an actor or actress of color to be able to stand on their own merit and not in the shadows of their white predecessor.” Fredrick explains, “It’s about the importance of highlighting original stories by and featuring talent of color—without presenting it through a white gaze.”

After the backlash, Owusu-Breen has come forward to clarify the showrunners’ position. Well, sort of. In a tweet, Owusu-Breen seemed to hint that the reboot was actually a sequel, calling the show “[her] Star Wars.” Fans seemed to have reacted more favorably to a new slayer, rather than recycling the original, but as The Mary Sue’s Princess Weekes points out, it’s still not as good as a new franchise with a black female protagonist; there will always be comparisons.

Nevertheless, Owusu-Breen promises that the reboot will be relevant to modern audiences, while maintaining the integrity of the original: “Here we are, 20 years later … and the world seems a lot scarier. So maybe, it could be time to meet a new Slayer … And that’s all I can say.”

Although the decision to have Owusu-Breen helm the project is promising, there’s still Joss Whedon himself to contend with. Once lauded as a champion for women in Hollywood, in recent years, Whedon’s work has come under criticism from those who loved his dynamic early projects. Several troubling themes have been picked up on by fans, such as his penchant for creating skinny white women with bodily strength but emotional issues, along with suggestions that the writer/director has failed to keep with the changing times.

His feminist image was further destroyed last year by a blog post written by his ex-wife Kai Cole, in which she described the director as a “Hypocrite Preaching Feminist Ideals.”  However, many fans stuck by the director, pointing out that having affairs (although morally questionable) doesn’t make someone a bad feminist, whereas others have criticized Whedon for using his industry status as an opportunity to get young female employees into bed.

Then there were the rumors surrounding his treatment of actress Charisma Carpenter, who played Cordelia Chase on Buffy and later Angel. When Carpenter became pregnant during the fourth season of Angel, Whedon essentially wrote her out via a highly criticized coma storyline, eventually killing her character off without informing Carpenter beforehand. But the final nail in the coffin was Whedon’s dubious Wonder Woman script that leaked online last June, which overly-sexualizes and demeans Diana/Wonder Woman, all while making her love interest Steve Trevor into a cliché male hero who “teaches her to be human” (and is a chronic mansplainer).

Not to mention, there’s plenty of “bitches” and “whores” thrown into the dialogue for good measure, and of course, a skimpy costume. At the time, fans were still salty about Whedon’s offensive treatment of Black Widow in 2015’s Avengers: Age of Ultron (still are, actually), in which the character describes herself as a “monster,” comparative to the Hulk, for being infertile. The new Buffy may be the work of female talent, but it will forever be overshadowed by the worrying reputation of the man who created its universe.

Since the pilot for the reboot is still far away, with Fox Television Group CEO Gary Newman saying there isn’t even a script yet, some fans have concluded that this vagueness surrounding the reboot is all a ploy to test viewer reaction. Hopefully, the network will take the criticism onboard, and then, at least, we might get a contemporary slayer adventure the next generation can enjoy, even if it makes bittersweet viewing for us oldies.