Why Do People Need Dany to Be Nice? 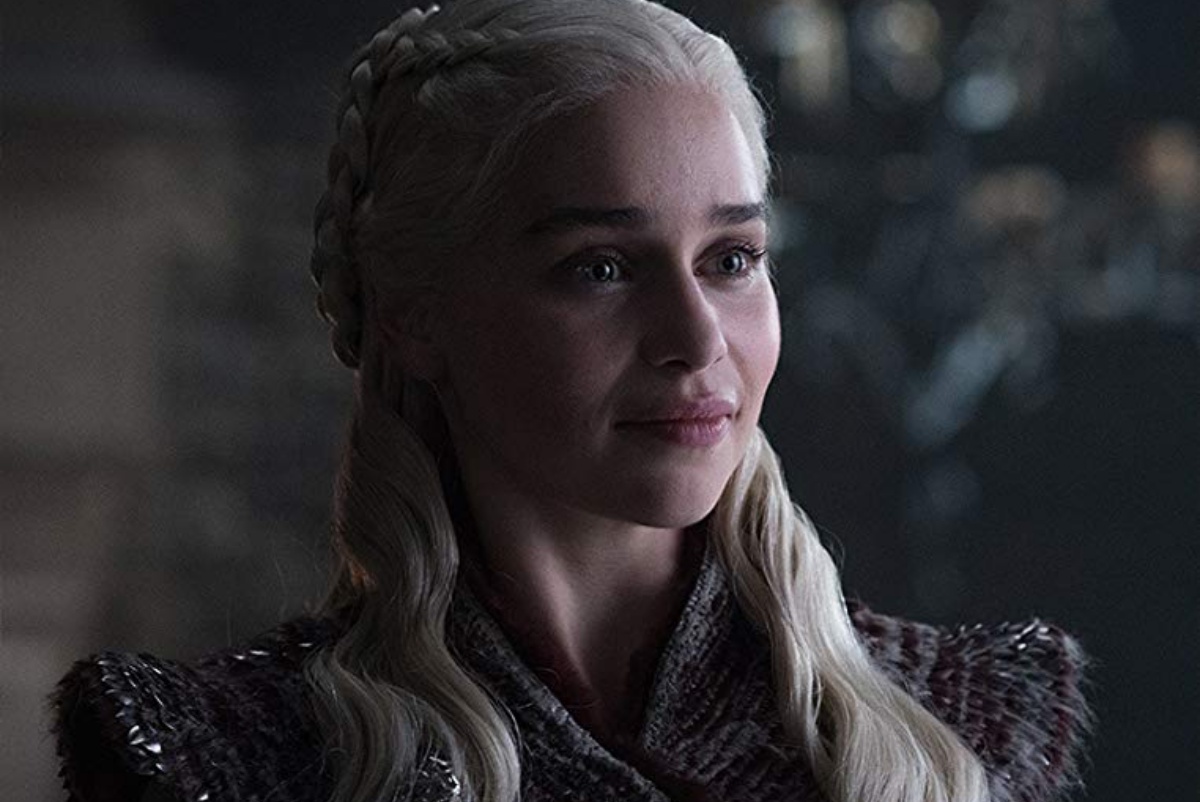 Last night marked the beginning of Game of Thrones‘ final season on HBO, and while it was slow, with more setup than actual plot development, it gave us sassy Sansa, sassy Bran, and sassy Arya, which made up for having to watch Jon and Dany make out (not because they’re related, but because they’re anti-chemistry). One of the developments we expected was a conflict between Sansa Stark—who spent last season taking up the mantle of Lady of Winterfell in Jon’s absence and is a bit salty to see that Jon has not only bent the knee, but has brought Dany to Winterfell as Queen—and Daenerys.

While some people have said it’s trite to have two powerful women at odds with each other, especially ones who have both suffered rape and emotional trauma in their youths (Sansa and Dany are only a few years apart in age), I think that seeing women engaged in leadership conflict is not only important, but worth watching on television. What is annoying is the fact that the judgment of Dany’s ability to lead is not being based on her actual qualities of leadership, which are a mixed bag, but on her ability to show “mercy” to her enemies.

Dany has not proven herself to be a perfect leader, but I don’t find anyone on the show to be a perfect ruler. We have seen several kings, lords, ladies, etc. screw the pooch in different ways through the course of the show. Even beloved Rhaegar Targaryen managed to start an entire war out of “love” for Lyanna Stark and thinking their union would deliver a son who was destined to save the world. I mean, he named Jon the same thing as his son with Elia Martell, who was alive at the time. Dany has compassion for people, but she also learned that compassion doesn’t always mean anything to your enemies.

It was a lesson she learned back in season one, with Mirri Maz Duur. Dany “saved” Mirri Maz Duur during a Dothraki khalasar raid, and Dany insisted that the women be given over to her custody for protection against rape. To her, this was a small mercy she could give the women. However, Dany didn’t realize that Mirri Maz Duur was already emotionally traumatized, physically brutalized, and because of Dany’s actions, forced to cohabitate with the people who violated her people. Dany found that showing mercy doesn’t always mean you will receive mercy or that it will be taken that way by people.

She’s a complex character, and I constantly go back and forth about how I feel about her as a ruler, but I do find it frustrating that as Cersei blows up buildings filled with innocent people and the Night King gets ready to wage a war that will end humanity, the fact that Dany kills prisoners rather than show mercy is brought up as her massive flaw in comparison to Jon Snow. Randyll Tarly was an asshole who didn’t just resist Dany, but called her a foreigner (she is not), not to mention that he showed his disloyalty in sacking House Tyrell, who he was a vassal to. Dany has learned from Meereen and from her experiences with the Dothraki that sometimes showing mercy just makes you seem weak, especially when you’re a woman.

As a female ruler, her power comes from the fact that she has dragons and can weild them in a way no one else can. The strong sense of self she has had to grow into after years of emotional and sexual abuse is impressive, but like Sansa, it’s because she had hard teachers:

“I spent my life in foreign lands. So many men have tried to kill me, I don’t remember all their names. I have been sold like a broodmare. I’ve been chained and betrayed, raped and defiled. Do you know what kept me standing through all those years in exile? Faith. Not in any gods. Not in myths and legends. In myself. In Daenerys Targaryen. The world hadn’t seen a dragon in centuries until my children were born. The Dothraki hadn’t crossed the sea. Any sea. They did for me. I was born to rule the Seven Kingdoms, and I will.”

Yes, Dany is entitled, and despite her good intentions, she’s still a power-hungry person, as someone who once had no power. Dany has clawed her way to this place, and as a result, does not have the freedom to show mercy at times. It doesn’t mean she is the Mad King 2.0—not while Cersei lives and breathes and is ready to let the world rot. I especially hate that Jon, who grew up being loved and cared for (sans Cat), is being placed as the alternative. Jon learned how to lead from Ned Stark, which is why he is honorable and a fool. Dany learned from monsters, brutes, and rapists.

Do I think Dany has a lot of growth to do before being a full queen? Yes. Should she be called out for fighting her enemies using the weapons she has when they defy her? No. Plus, it only mattered to Tyrion because the Tarly’s were “great houses” being made extinct. The Great Houses of Westeros have long outlived their usefulness.

What do you think below? Is Dany too cruel?