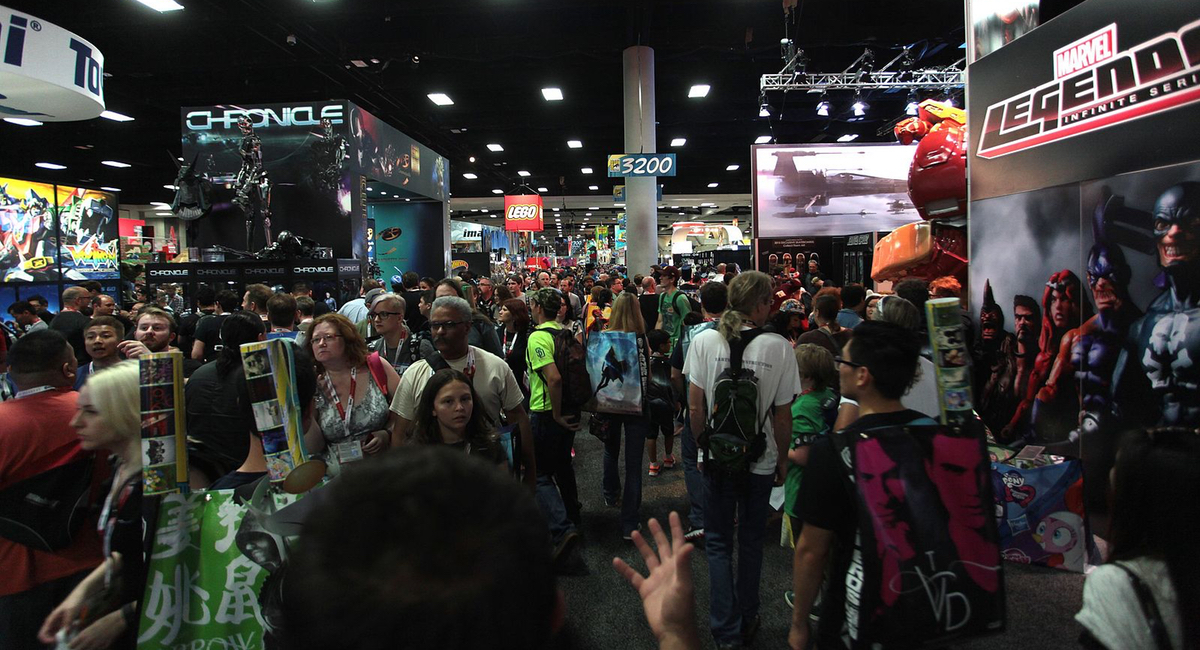 Yesterday, to the surprise of many who were already resigned to the fact that 2020 was probably going to be a wash for major comic conventions and other geeky cons, the Twitter account for Atlanta’s Dragon Con popped in to say that the massive convention was still on for Labor day weekend.

Many things in the world are uncertain right now. One thing isn’t: We are planning to throw one sorely-needed, amazing celebration come Labor Day. We’re moving forward to keep #DragonCon2020 on schedule. Currently, there are no plans to reschedule or cancel the event.

This news was met with a lot of confusion and worry from many people. While many geeks (myself included) relish the idea of a great con to visit in the near future, it seems very odd that a con this large (Dragon Con attracts around 80,000 people) is still going in early September when San Diego Comic-Con announced only last week that their annual convention in July had been canceled for the first time in years.

Do these con organizers really think we’ll be ready, or even allowed, to gather in massive crowds by the end of the summer? Emerald City Comic Con in Seattle was postponed from March until last August 21-23 and is also still currently on track to happen. And maybe they will happen, but there’s as much reason for pessimism about their prospects as there is for optimism.

But there’s more at work here than just optimism and hoping for the best, as a great thread by twitter user Little Red Fox Cosplay helpfully explained.

So what I see happening here is conventions are waiting until the choice is taken from them before they cancel. It may seem irresponsible to you, but it is honestly the safest move they can make if you want to see conventions coming back in 2021.

No way to recoup the loss means the convention has less money going into the next show. They don’t have the capital they need to do what they would usually do. If you’re lucky, that means a smaller event with fewer big fancy guests and whatnot.

BUT! We have a saving throw here! All of those contracts we talked about earlier? They all include a Force Majeure Clause. ALL of them. That’s super duper important right now. This is how the conventions will be able to do what needs to be done, and still be there next year.

Force Majeure sounds like a spell you might learn at Hogwarts, but it’s an incredibly important clause in many contracts and thus in the business of cons. As Little Red Fox explains in the continuation of the thread, a force majeure or “act of god” clause is common in most contracts and exempts the parties from performance of their contractual obligations if an extraordinary event prevents said performance.

What constitutes an act of god for legal purposes is something that gets argued a lot about in cases. When a business, like a convention organizer, is considering whether or not to cancel, they’re considering whether or not they can get sued, or if they will get money back for things like a deposit on a venue (a huge cost) or advances to guests. And perhaps the biggest deal of all, businesses want to be sure they shut down because of an act of god because that will also trigger something very important: payment of insurance.

In order to make sure that they’re not going to be sued and it’s legally safe to cancel (and that they can get insurance), conventions can’t just shut down, they have to wait for someone else to tell them to and that’s usually state or local authorities. If, for instance, a city pulls a convention’s permit or a governor issues a stay-at-home order, that makes the convention impossible, and boom, force majeure is triggered.

But what if your governor is a—to use a technical legal term here—a pudding-brained-nincompoop like Governor Brian Kemp of Gerogia? Kemp wants to reopen many businesses in the state, a move that is so bad that even Donald Trump is calling it dangerous (now). For the organizers of DragonCon, that’s huge because their con takes place in Atlanta, and the reason it’s still on might not just be optimism, it might be because it’s legally and financially risky for them to cancel without an order.

The big point here is that convention organizers do, in general, care about their customers, guests, and vendors, but very often their hands are legally tied or they want to proceed in a way that doesn’t just keep them safe for now, but allows them to continue to run cons in the future. Business owners of all stripes are facing huge, tough decisions, and often times they aren’t completely in control of how or when they make them. So, be aware and be kind.