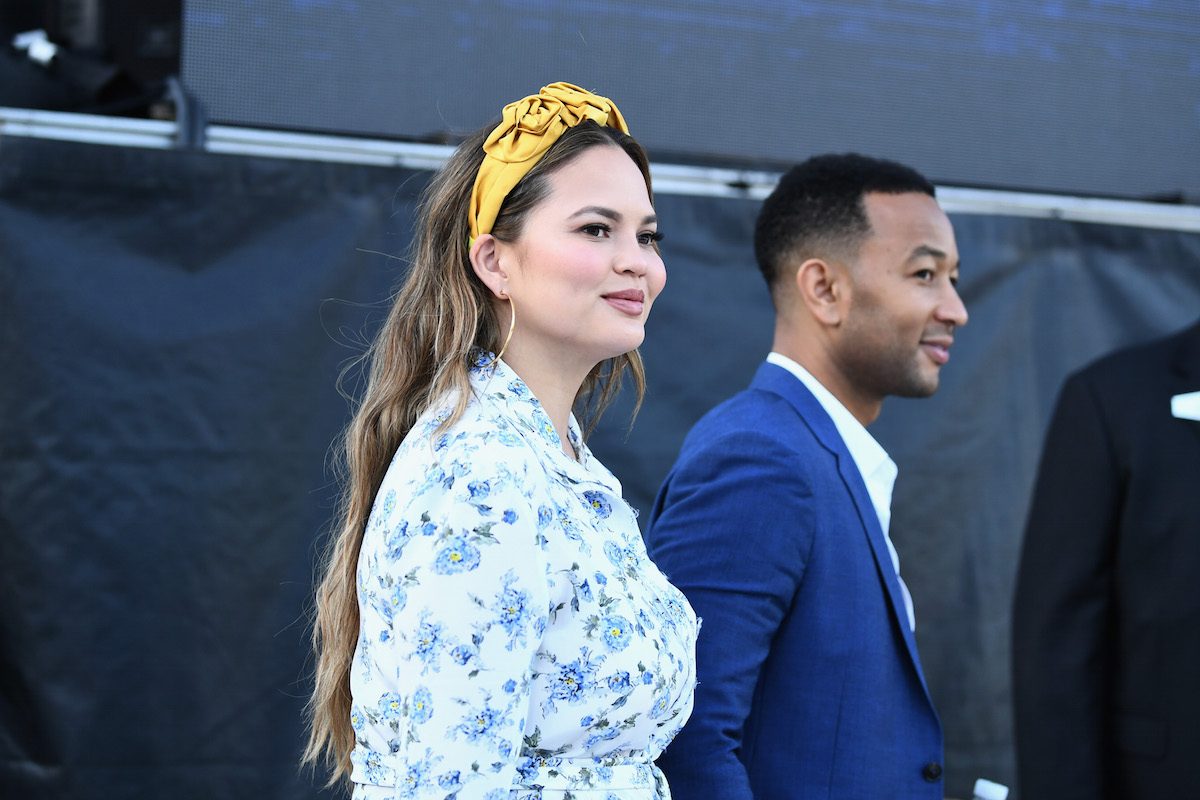 Last night, Chrissy Teigen and her husband, John Legend, shared the devastating news that their unborn child, who they had begun to call Jack, had been lost due to complications with the pregnancy. It was heartbreaking news that resonated with so many people, not just because of how popular Teigen is on social media, but because miscarriage and pregnancy complications are issues that are almost never talked about publically. Perhaps this will change that.

Teigen has been open about her difficult pregnancy since she announced it just a month ago. She was placed on bed rest a few weeks ago and went to the hospital because of bleeding over the weekend. On her Instagram stories earlier this week Teigen explained it was her placenta that was causing the problems and bleeding.

Last night, she shared the devastating news that she had lost the pregnancy.

We are shocked and in the kind of deep pain you only hear about, the kind of pain we’ve never felt before. We were never able to stop the bleeding and give our baby the fluids he needed, despite bags and bags of blood transfusions. It just wasn’t enough. . . We never decide on our babies’ names until the last possible moment after they’re born, just before we leave the hospital. But we, for some reason, had started to call this little guy in my belly Jack. So he will always be Jack to us. Jack worked so hard to be a part of our little family, and he will be, forever. . . To our Jack – I’m so sorry that the first few moments of your life were met with so many complications, that we couldn’t give you the home you needed to survive. We will always love you. . . Thank you to everyone who has been sending us positive energy, thoughts and prayers. We feel all of your love and truly appreciate you. . . We are so grateful for the life we have, for our wonderful babies Luna and Miles, for all the amazing things we’ve been able to experience. But everyday can’t be full of sunshine. On this darkest of days, we will grieve, we will cry our eyes out. But we will hug and love each other harder and get through it.

It’s incredibly brave and vulnerable for Chrissy to share what I can only imagine is one of the most painful moments of her life. Not only did she share the experience in detail, but she shared deeply personal photographs to put a face on what had happened. But it’s also important because this is a loss that’s familiar to parents across the world, but so often remains a secret pain.

Statistics on miscarriage are hard to find. I’ve mostly seen that statistic that 1 in 5 or even 1 in 4 pregnancies end in miscarriage, while the March of Dimes puts the chances closer to 10-15 in 100 for people who know they are pregnant. Statistics vary greatly by how many weeks along the person is. It’s also a difficult topic to get statistics on because miscarriage has a narrow definition (loss of a child in the womb before 20 weeks), and in Teigen’s case, we do not know if it’s accurate to call this a miscarriage.

What we do know is that losing a baby is far more common than most people know, and the fact that it is so rarely discussed only amplified the stigma around it. This has been slowly changing with the rise of Internet connectivity, as people formed groups and found messageboards where they could discuss what happened with others, and it became more commonplace to share generally online. But we’re still not used to seeing this so bravely and heartbreakingly in the open as Teigen put forward. Perhaps now, we can acknowledge it more, and in doing so, make the pain a little less for every parent that has been through this.

Just being pregnant is terrifying. You worry every moment if your baby is okay. I cannot personally speak to the loss of a pregnancy, but I know intimately how deep the fear of losing a child can run. For so many parents, I can only imagine the grief that they must feel in the wake of such a loss. The devastation that must come can be compounded by the lack of resources and openness, and for millions of parents, that’s long been a reality.

That’s why I have so much admiration for Chrissy and John for sharing the terrible news—because by sharing they are not only processing their own grief, but they are showing millions of parents who have faced the same loss that they are not alone. No amount of money or fame or followers can insulate people from loss and pain. But no one needs to suffer alone.

Social media relationships are extremely strange, in that we don’t know the people we follow on Instagram or Twitter personally, but we feel like we do. Celebrities and influencers open up their lives for us, and while it might not always be fully authentic, we still often feel like we “know” this person. And that means we care about them.

Chrissy Teigen has built a wildly popular brand by being extremely open and authentic about her life, even the less glamourous parts of it. And because of that, I, like millions of others, feel that I “know” her. For that reason, my heart is absolutely broken for her and John, because this feels like seeing something awful happen to a favorite friend, even though I know she’s not.

Connection to other humans doesn’t just come from watching their joy, it comes from understanding and having compassion for their loss. What Chrissy has shared is something that so many people keep secret, because it hurts so much, or because the darkness of it can feel like too much to bring into the light of day.

So, to Chrissy and John, and all the parents that have gone through this same tragedy, my heart goes out to you. There are no words for that kind of grief and nothing anyone can say to make it better. The only thing we or anyone can do is assure our fellow humans that they are not alone.