A (Spoilery) Cameo in The Force Awakens Was Just Confirmed 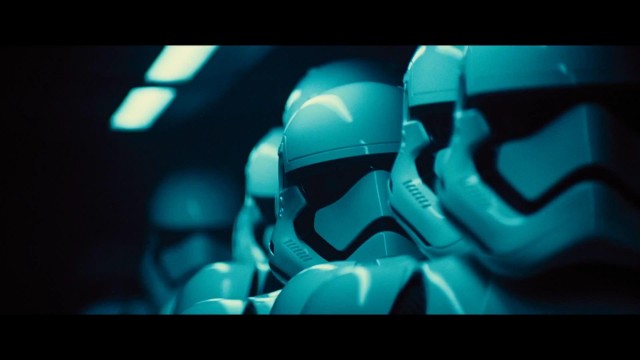 Folks, we now live in a post-Star Wars: The Force Awakens world. It’s out there for us all to see. Many of the initial reactions are solid, and to be honest, the damn thing is worth seeing if only as a cultural touchstone for time going forward. I mean when you think about it… okay. Are they gone? I just wanted to hit the character limit for search engine previews because this post has some spoilers, and I wanted to make doubly sure nobody was stung by it. Are we good? Yeah? Okay. Great.

So way back in 2014, speculation arose that suggested Daniel Craig would be making a cameo in The Force Awakens. Details and such about what that cameo could possibly be ran absolutely rampant, and even spawned some brilliant fan fiction written by former TMS staffer Victoria McNally. Turns out we now know what Craig’s cameo turned out to be.

Remember the stormtrooper who at first resists then falls to Rey’s Jedi mind trick attempts in Kylo Ren’s torture chamber? That was Craig. Rey tried to trick him into unlocking her restraints and leaving the room, but instead he walked over and berated her for her comments. After a second attempt, Rey was successful and the stormtrooper basically became an adorable puppy in white armor.

If that voice sounded familiar, it’s likely because it was. You just didn’t know it at the time. Search your feelings. You know it to be true. Also because Entertainment Weekly totally just confirmed it. Trust your instincts next time.