Whose Line Is It Anyway? Really and Truly Coming Back Thanks to CW 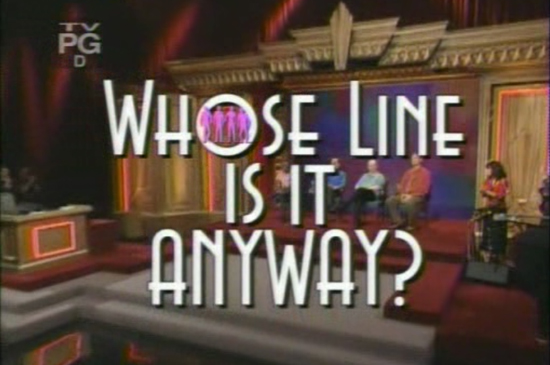 It was hope on a wish upon the wind that someone would really revive Whose Line Is It Anyway? for American consumption. It all started with whispers out of Twitter, thanks to Colin Mochrie, that the show would be returning. It felt like a cruel joke until it was finally revealed: Whose Line Is It Anyway? actually is coming back! There’ll be a few changes, it seems, from its previous incarnation, but the most important parts will be returning.

Yes, that’s right. Ryan Stiles, Colin Mochrie, and Wayne Brady will all be returning. That’s pretty much the best news I’ve heard all week, and possibly so far this year. We’re only in March, after all. Drew Carey won’t be coming back to host, but it’s not like he was the heart and soul of the show or anything. Besides, Aisha Tyler — as in Lana from Archer — will be filling in his shoes. As before, a fourth guest star will fill out each episode’s roster.

The previous incarnation of the show ran on ABC, but it’s the CW that’s picking up the pieces. They’ve ordered 10 episodes that are set to air this summer, and let’s just say I’m cautiously optimistic for it. Here’s some Whose Line to hold us all over until then:

televisionThe CWWhose Line Is It Anyway?