From Rey to Hondo Ohnaka. 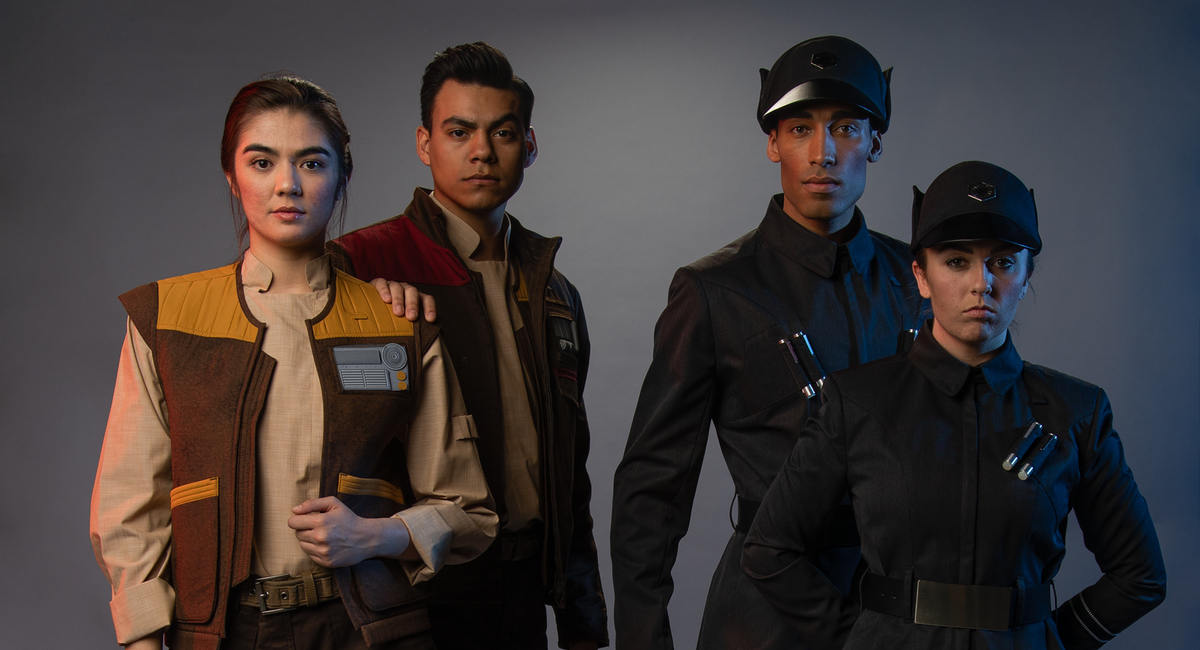 When you leave Disneyland behind and head for Star Wars: Galaxy’s Edge’s Black Spire Outpost on the planet Batuu, you’ll encounter some interesting characters. The outpost is a spaceport, after all, and who knows what kind of scoundrels and rogues will be drawn there? There’s also the Resistance, and the First Order, and even a space pirate who’ll be familiar to those who love Star Wars: The Clone Wars and Star Wars Rebels. Here’s your complete guide to everyone you can meet or see at Galaxy’s Edge, from the familiar to the new.

There are stormtroopers and First Order officers, of course, but it wouldn’t be the First Order without Kylo Ren stomping around. The newly crowned Supreme Leader will occasionally prowl around the parks, interacting with guests. This isn’t a basic Disney meet-and-greet, but a fully immersive interaction. If you’re Resistance, you’ll probably want to sneak away to meet up with friendlier faces.

One such face is Rey, of course. Dressed in her Last Jedi battle robes but rocking that familiar three-bun hairstyle, our sequel trilogy hero is also wandering around the park interacting with guests. When I met up with her, she told me all about how Finn and Poe were working on plans for other missions and that Finn was starting to like flying now, thanks to Poe. Disney face characters are always fun to meet, and it’s great to just have Rey wandering around Batuu, staff in hand, greeting guests.

Chewie is there, too. Where there’s the Falcon, there’s got to be a Chewbacca. Be sure to say hi to the galaxy’s favorite Wookiee.

The other big Resistance character and new face character is Vi Moradi. Vi is a Resistance spy and operative, and if you haven’t met her yet, you’re in for a treat. First introduced in Phasma, Vi also will be in the star of another novel set on Batuu, released later this year. She’s tough, funny, and engaging. I cannot stress enough how amazing it is to see a character from the books leaping to life, and also, the actress playing her is amazing. My brief conversation with her was a highlight, so make sure you meet Vi for an amazing experience.

On the Smuggler’s Run ride, you’ll meet a famous space pirate, Hondo Ohnaka. For those not in the know, Hondo is a space pirate who’s a friend and foe of heroes in both Star Wars: The Clone Wars and Star Wars Rebels. He’s cut a deal with Chewie to use the Falcon to smuggle goods for the Resistance, but he’s also got a mind for his own business. While Hondo isn’t a character you can interact with, I’d still recommend trying to fly the ship well to get on his good side. You never know how that might impact your experience.

Other characters who populate the Edge include lightsaber seller Savi and the animatronic antiquities dealer Dok-Ondar. There are also the cast members themselves. Talk to the vendors about the characters they’ve made for themselves. They’re just as fascinating as the face characters, and it’s so much fun to just chat with them as you go about your day.

Who are you most excited to meet at the edge of the galaxy? Are you going to be a Resistance spy, or will the First Order lure you in?