The Politics of Who Gets to Write “Outsider” Genres 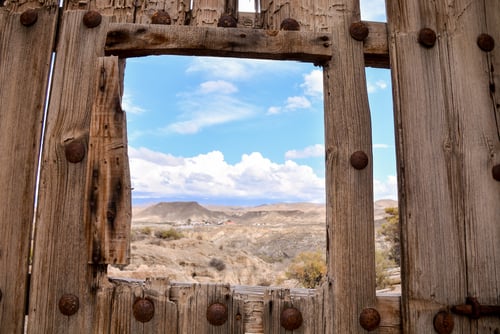 I remember sitting in a cheap dumpling house in New York City with a friend of mine who is a trans woman. She was 18 or 19 at the time. I, a non-binary trans person, was in my early 30s. She had just discovered Jim Jarmusch. We talked at length and with great excitement about his films, about his documentaries, about his secret society, The Sons of Lee Marvin. He’s been a favorite of mine since I was her age. I remember coming across his work and feeling, for the first time in my life, very seen and represented. My first novel, The Devils That Have Come to Stay, was an homage to the “acid western, a type of film to which he’s made the definitive addition.

A few weeks later, this friend read at a reading series I hosted in Brooklyn called Fabulist Catalyst. It was a series that ran for nearly a year and took place at Hullabaloo Books in Crown Heights. The point of the series was to highlight marginalized voices. We had someone tell the story of the time his mom had made him undergo a Santeria exorcism to get rid of his “gay demons.” We had another storyteller describe the landscape of working phone sex after 9/11. My friend who I’d discussed Jarmusch with, who is also a budding filmmaker, read a piece about feeling like an outsider, and how Jarmusch’s films spoke to that. She did a Tom Waits impression when she read his quote about how Jarmusch had grown up in Ohio and his hair had gone white by the time he’d been a teenager, and that had pushed him to view the world from a different place.

I love my friend, I loved the piece, and I love Jarmusch. And yet the irony is not lost on me that we were in a room full of people who’ve been pushed to the margins their entire lives, talking about how the hair color of a cis white heterosexual man is enough to make him represent those on the outside.

In 2015, I published my first novel. It wouldn’t have existed if I’d not been inspired by the Jarmusch film Dead Man. Once I had seen that film, I dove into the acid western category, consuming films like El Topo and The Shooting, reading books like The Drop Edge of Yonder. It seemed to me that a necessary part of the genre was the exploration of the category of white cis heterosexual American men, and the destruction they brought with them as they traveled westward. Yet, oddly, most of the films and books in the category are written by men who fit that description. While many of them certainly feel like outsiders, the only outsider to the category who has been widely recognized for accomplishments within the genre is Alejandro Jodrowsky. I felt that, as a person in a serious gender minority, I could add insights to the genre. The more I dug into history, the more I learned about gender variation at the historical moment, and the more convinced I became that my voice would be an important one to add.

Shortly before my book came out, I did an internet search for the term “acid western books.” I saw that the indie press Two Dollar Radio, who had finally published Rudolph Wurlitzer’s The Drop Edge of Yonder after he had reformatted it from a screenplay into a novel, was publishing an acid western a few months after mine. It was called Haints Stay, and was written by a young man named Colin Winnette. I did a bit more research. The book was described as weird and surreal, and included a “transgender birth.” As a trans person who’s not a woman, but who could easily get pregnant, I was both intrigued and highly concerned. I reached out to Colin, and we exchanged novels via email. I became quite involved in trying to promote my book, and didn’t get to it right away. But the apprehension that a cis white heterosexual man was writing trans people, in a genre considered one for outsiders, did not go away.

I don’t think Colin Winnette is a bad guy—that’s not the point of what I’m going to say next. But I finally got to Haints Stay this year after I realized how many accolades it had gotten while my very similar book had dropped out of radar after a small bit of press. I got to the “transgender birth.” Something that could quite easily be my reality is portrayed as a dark, weird, shocking scene used for spectacle value. I can’t even count how many times the trans man’s genitals are spoken about in the novel.

Haints Stay was written up in The Washington Post, The Offing, The Los Angeles Times, Kirkus, and more. I had a few nice mentions, but my acid western won’t get a second printing, and I’m struggling to find a publisher for my second novel. I don’t think it’s a matter of quality. My writing has appeared all over the place, even in mainstream venues like The Washington Post, and every review of my novel has been a positive one.

As a matter of fact, every trans person I know who has published a book has done so with a small press. This is even more the case with anything that goes to the category of experimental or weird. Even when they get big reviews and mentions, they’re often with caveats that the books are “not for everyone” or similar reductive phrases. The best sellers by trans people are the ones that focus on cis people’s expectations of us, memoirs that culminate with genital surgery, or play up to some other form of explanatory representation.

Trace Peterson, poet and editor at EOAGH Press, transitioned genders mid-career and has written about the experience of watching her audience fall away and rebuild both in the poem “Permanently” and the poetics statement from an anthology of poetry she co-edited, Troubling the Line.

“Transitioning changes a writer’s life and work. It changes what person others hear speaking in your work, who your friend and colleagues are, who listens to your speech or ignores it, what your audience will be,” Peterson says in her poetic statement.

“My audience falls away, but my audience gets stronger,” she writes in “Permanently.”

Peterson also goes on to talk, in her poetics statement, about being “marked” as a woman and a transfeminine person by the literary establishment, and how it changed her voice. She speaks of her poem “The Valleys are So Lush and Steep,” which began as a way of explaining hormone replacement therapy to a cis-gender audience, then found a sense of irony and subverted expectations of voice when she began to fabricate details and speak more to a transgender audience who would know she was joking.

“This fabrication or absurdity was also a way of speaking back to an implied cisgender reader’s assumptions about me writing my identity in a “factual” way.”

Moss Angel Witchmonstr (who has previously released work under the name Sara June Woods) is another experimental poet whose recent work Sea-Witch Vol. 1 has been described as “a genre-phobic novel-in-fragments of contemporary transsexuality that focuses on the life of a girl monster named Sara who lives inside a witch-god named Sea-Witch” and an “occult fairytale.” The work harkens back, in some ways, to Richard Brautigan’s poem-novel In Watermelon Sugar, though it surpasses any of Brautigan’s work in terms of the delicacy with which it plays with notions of identity, self, and mythology.  When I spoke to Witchmonstr via email, she said, “Brautigan was a big influence on my writing when I was an eggy little writer just getting started out, and he’s one of the many obnoxious cishet white dudes I’ve lifted technical and aesthetic ideas from in order to create things that actually mean something to me.”

When Witchmonstr writes, in Sea-Witch, “Sea-Witch is a nucleus of pain. Sea-Witch is not the source of the pain, but she receives it from what can seem like everywhere. The source of Sea-Witch’s pain is seventy-eight men who are the source of a great deal of pain in the world. One can get very rich by creating pain in others. In fact, it is the only way to become rich. Some of these men are very famous, they appear on television with their thin hair & stubby fingers. Others seem to be invisible, anonymous, but intimidatingly so. It is because of these men & the pain they make that Sea-Witch first invited us into her body, many years ago,” I wonder how what I’m saying in this essay could be said more clearly or more poetically.

When will people on the outside get to write the well-received outsider pieces? When will we get the backing and support to be something other than a learning lesson for people not like us? When do we get to not have to watch people like Colin Winnette or Ariel Schrag be lauded for telling bastardizations of our actual lived experiences? When can we take Brautigan and Jarmusch and all the rest and put them in our blenders and whirl out something new and shining and from a genuine outside, and have it received as such instead of strange, experimental, too much or too far? When does an actual view from the outside count as relevant in the realm of literature more than someone using our lives to take a step out of the hearth does?

The more I think about Jim Jarmusch’s films, the sadder I get. They’ve been the hugest part of what I’ve loved in art for so long. My favorite representation of the outside, for me, has come largely from cis white heterosexual men. And I didn’t see that until it slapped me directly in the face.

I can’t wait until a day when that doesn’t feel true. I can’t wait for a day when I get to watch more and more marginalized people build lives in the arts that support the weird and the innovative—the true outside.

Alex DiFrancesco is a writer, storyteller, baker, and activist. Their work has appeared in The Washington Post, Brevity, The Billfold, The Establishment, and The Heart Podcast. After spending a decade in New York City, they recently relocated to rural Ohio where they are still adjusting to things like “Sweetest Day.”