Who Should Play America Chavez In the Movie We All Want? | The Mary Sue

Gina Rodriguez Has Her Eyes on the Role…but Who Should Play America Chavez in the Movie We All Want? 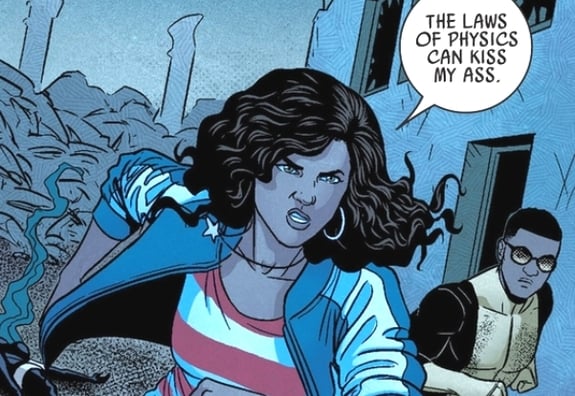 With Marvel having debuted America #1 earlier this month, America Chavez is getting all sorts of new attention. So much so that Hollywood actresses are already circling to play her. Well, one so far, but talk about getting in on the ground floor. There isn’t even a movie being made yet! Still, Gina Rodriguez is a go-getter, and if anyone can make this role her own, she can and she [likely] will.

According to CBR.com, Jane the Virgin‘s Rodriguez revealed while on a panel at SXSW that she would love to play America if a big-screen version of her story ever happened (or maybe a Netflix series?). Apparently, “Rodriguez said she’s been waiting for Marvel to put out the casting call for a Latina superhero, and since America Chavez is currently seeing a surge of popularity, she feels she’d be a great role. Rodriguez even cited the recent Gabby Rivera penned America #1, indicating that this is something she has been actually thinking about.” 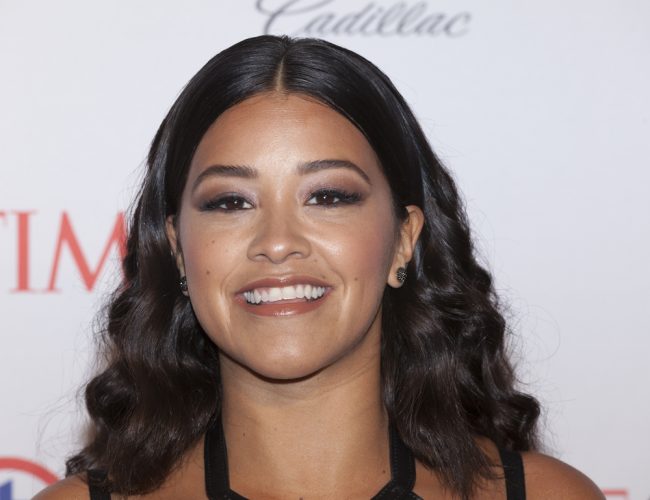 Listen, personally I think Gina Rodriguez should be cast in every damn thing, because she’s an amazing actress. However, there is the issue that America, depending on what version of her in the comics we’re talking about, is either high school or college age. There’s no question that Rodriguez would play the hell out of this part. The question is: is she right for this part? Then again—having Rodriguez in the film is worth changing ages for if need be.

Rodriguez mentioning this role as a possibility just makes me think about other actresses who’d be great in the part. So here are some other suggestions of Latinas Marvel should keep in mind if they ever have plans to bring America Chavez to the silver screen: 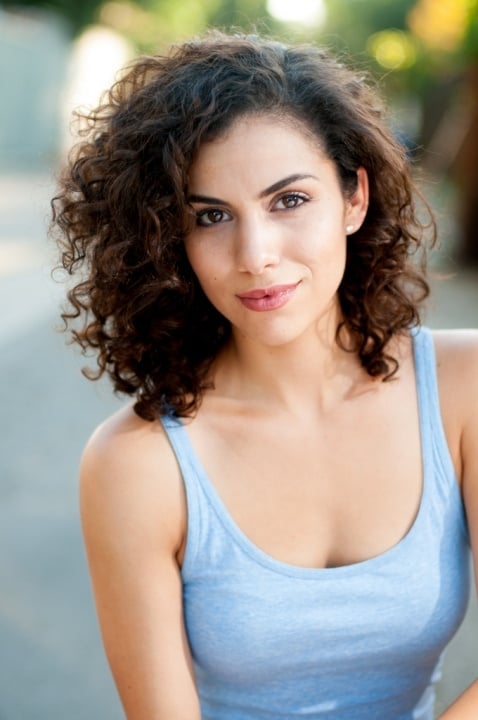 You may recognize the talented Andrea Sixtos from her role as Jocelyn in Hulu’s hit teen drama, East Los High. On that show, she plays a young queer Latina, much like America (minus the superpowers). She looks the part, has talent, and has experience with much of the subject matter any depiction of America would likely require. Check out this scene from East Los High:

Right? And then after this scene, she puts on her Ms. America jacket? I can totally see it. I’ve gotta say, she’d be my top pick. 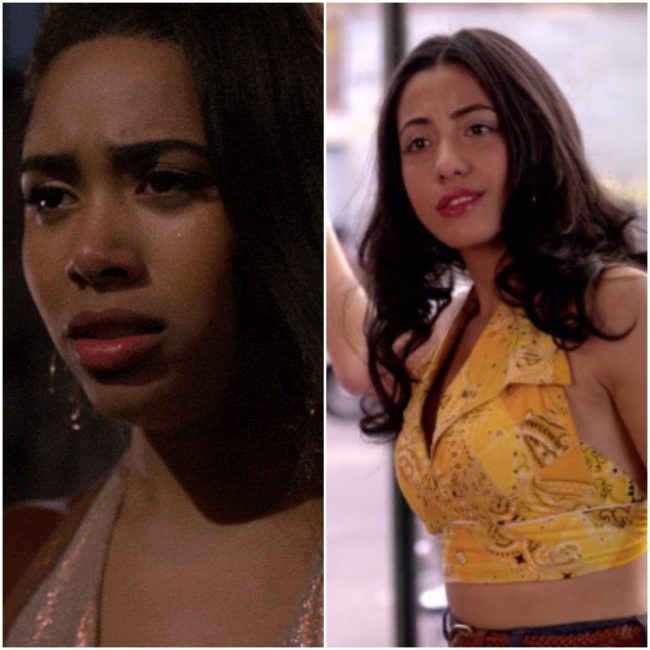 These talented young Latinas are now likely best known for their roles on Netflix’s The Get Down. Guardiola plays Mylene Cruz, the church-going budding disco diva, while Rodriguez plays her slightly more mature best friend, Regina, who along with Stefanée Martin’s Yolanda form a singing group called Mylene and the Soul Madonnas. Guardiola is one of the breakout stars on that show, and shows a huge amount of raw, natural promise, her acting talent matched only by her gorgeous voice and her brash charisma. Rodriguez is in many ways more flamboyant with her performance, especially in the beginning of the show when she’s the vivacious one before Mylene comes into her own. However, as the show goes on, her performance becomes more nuanced and subtle and she shows true range.

Both of these ladies can clearly play the right age range, and I think either one (or both!) of them would be worth auditioning for the role. 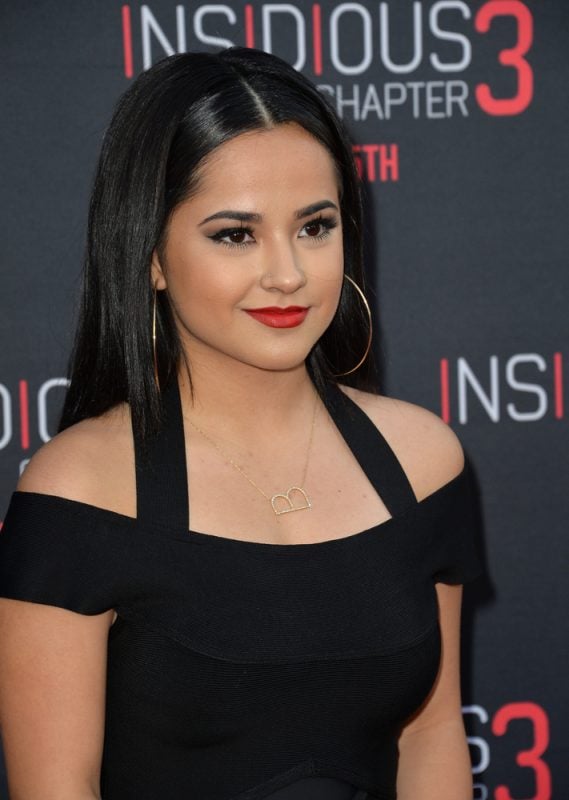 While the fierce Ms. Becky is primarily known as a singer, she does have acting chops, as she’s already demonstrated on FOX’s hit show, Empire, and will be demonstrating on the Big Screen for the first time as Trini, the Yellow Ranger in the upcoming Power Rangers movie. She’s definitely got the look, as well as the blend of soft femininity and rough-around-the-edges grittiness that I think is a huge part of America. 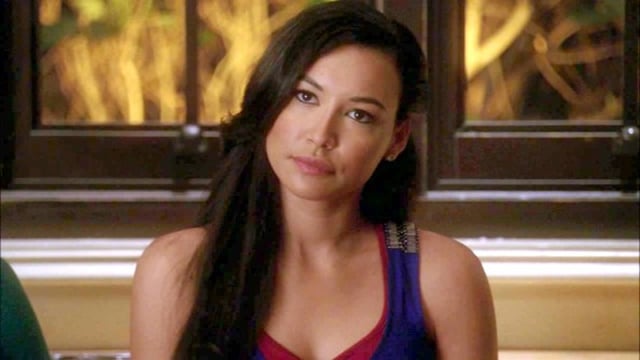 Oh, how we miss you, Santana! You probably know Rivera best from her role on the long-running musical show Glee. Santana Lopez started out as a stereotypical bitchy cheerleader, but over the course of the show evolved into a complex young woman who, once she came out as a lesbian and confessed her love for her friend Brittany, began to come into her own and chill out a bit. All thanks to Rivera’s gorgeous performance. Rivera would be an intriguing choice for the role of America Chavez, and should definitely be considered.

These are just a of the few talented, age-appropriate, powerful young Latinas who could potentially don the mantle of Ms. America. What do you think, Mary Suevians? Who do you think should play America Chavez if they ever make a Ms. America (or a Young Avengers) film? Let’s talk dream casting in the comments below!