Rian Johnson Confirms Who The Last Jedi Is | The Mary Sue

Rian Johnson Confirms Who The Last Jedi Is

Star Wars: The Last Jedi director Rian Johnson has put the kibosh on all of our wildest theories about who receives the title of “the last Jedi” in the eponymous movie.

Spoilerssss, obviously—unless Johnson is messing with our heads and there will be a further twist. Johnson sat for a Q&A with The New York Times, and the Times went for broke and asked him what the movie’s title means. CBR reports:

“It’s in the opening crawl of The Force Awakens,” [Johnson] said. “Luke Skywalker, right now, is the last Jedi. There’s always wiggle room in these movies — everything is from a certain point of view — but coming into our story, he is the actual last of the Jedi. And he’s removed himself and is alone on this island, for reasons unknown.”

It’s true: Right there in the opening crawl of J.J. Abrams’ 2015 blockbuster it says, “Luke Skywalker has vanished. In his absence, the sinister First Order has risen from the ashes of the Empire, and will not rest until Skywalker, the last Jedi, has been destroyed.”

Johnson has said similar things before (though not so decisively), and we also saw The Force Awakens and that crawl. But this seems to fully nail down that the Last Jedi of the Star Wars: The Last Jedi is Luke. Despite Luke having this status before, the title could have referred to Rey after she takes up her master’s mantle, or a character unknown, or the last gasp of several rediscovered Jedis (hey, Yoda was in a swamp for years, and Obi-Wan holed up on Tatooine; it could happen).

Star Wars theorists likely won’t be quieted by Johnson’s latest statement, especially because he’s still playing somewhat coy. “There’s always wiggle room in these movies” seems to suggest that Luke could perhaps not actually be the last of the Jedi, and “everything is from a certain point of view” intrigues me most.

Whose point of view is in play here, and who gets to decide what it means to be a Jedi with all of their structure destroyed? For example, Kylo Ren isn’t a Sith Lord or a Jedi, but he’s dabbled in training from both sides. Who’s to say the Jedi Killer wouldn’t also rebrand himself as a new sort of dark side-using Jedi? And what about Rey? If Luke really is the last of the Jedis, ever, what does that mean for the results of Rey’s training? Or will the movie simply focus most on what happened with Luke and his further adventures and so he’s in the title and I’m really overthinking this? Or— 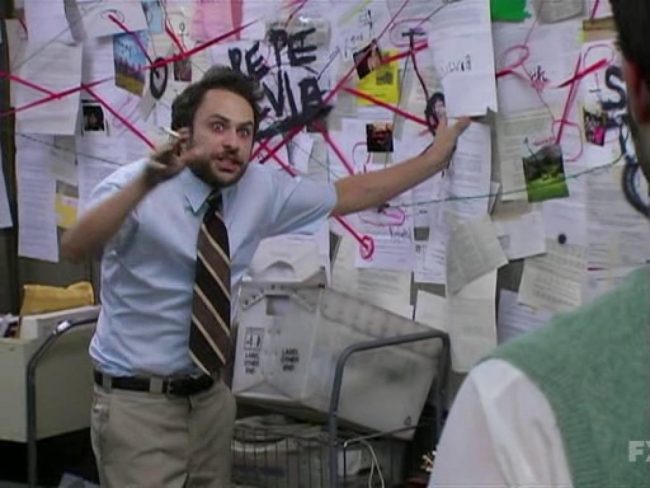