Who Is Katy Keene and Why Is She Getting Her Own Riverdale Spinoff? 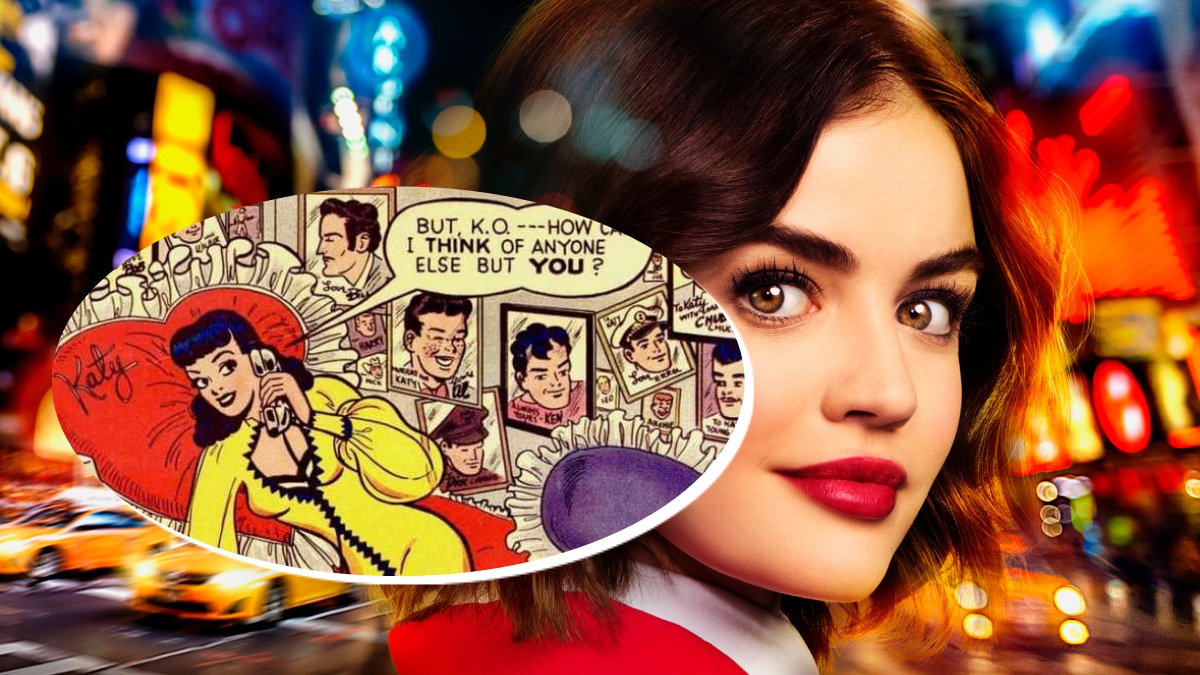 It’s no shock, due to the overwhelming success that is tThe CW’s Riverdale, that the network would dip its toe into other Archie Comics franchises. The spinoff Katy Keene stars Pretty Little Liars star Lucy Hale as a version of the titular character who is an aspiring fashion designer trying to navigate her way in New York City—very Sex and the City. Joining Katy on her adventure will be singer-songwriter Josie McCoy (Ashleigh Murray), Jonny Beauchamp as Jorge/Ginger Lopez, and Camille Hyde and Lucien Laviscount as the iconic Cabot twins Alexandra and Alexander.

But who the heck exactly is Katy Keene?

This topic came to mind because, while I was cleaning my room, I came across some of my old Betty & Veronica comics, and there was a Katy Keene story in it. Katy Keene, in the comics, is a model/actress/singer who first appeared in 1945. The stories are very fashion heavy (again, not unlike Sex and the City), and Katy’s conflicts really deal with her being too glamorous in a rough world of annoying siblings and backstabbing frienemies who want to take her man, K.O. (guess what he does?), or her career.

After a few cameos, Katy eventually got her own comic in 1949, devoted to more costumes. These series was eventually canceled during the ’60s but got a revival for a few years in the ’80s, before another brief revival in the mid 2000s.

The main thing you get from a Katy Keene story is really good outfits. In fact, apparently, readers were encouraged to submit their own original drawings of outfits and accessories for her and her friends to wear, with credit given to published submissions. A lot of her issues would include paper doll pin-up-inspired designs to put together. A lot of the designs are really, really good, and there have been jokes that pop singer Katy Perry stole a few looks from Katy Keene. 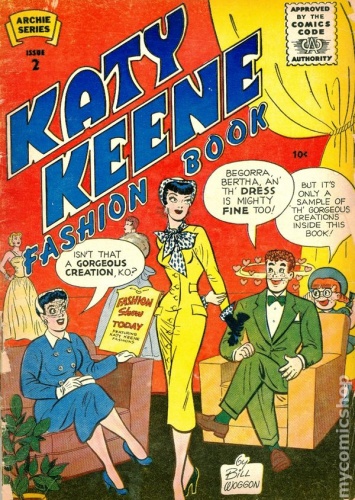 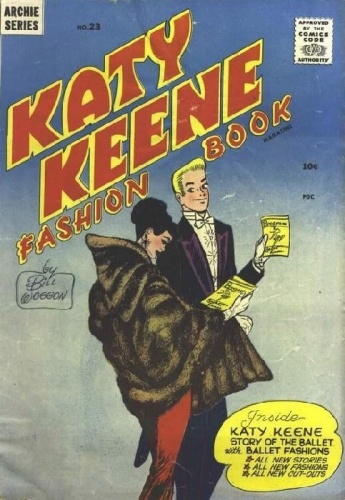 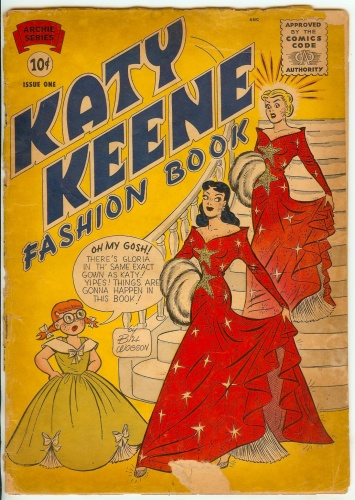 While there is a certain decadent shallowness to the Katy Keene comics, I can also see why a series like this would be so popular. In a post-World War II world, Katy Keene brought a sense of glamour that was similar to the escapism that Hollywood stardom had for the masses. Katy was a career woman, but also beautiful, stylish, and had multiple men longing for her attention.

Her conflicts were petty and quickly resolved, and while that’s probably the reason the character comes and goes so easily, it provided a fun level of wish fulfillment. Katy Keene is fun. She’s light, fluffy, and low-stakes, which makes her the perfect jumping-off point for a series because there’s a lot that can be added while sticking to the core of who she the character is: a working woman in fashion.

The upcoming CW series seems to be taking a more working-woman approach, with Katy being an aspiring fashion designer trying to navigate her way in New York City. The series also takes place five years after Riverdale, so Josie will be an adult singer-songwriter, and all the characters will be “struggling” millennials trying to make it big. Plus, exploring the world of fashion in 2019 is actually a lot more interesting now than it has probably been in a long time, especially since this show will be a lot more diverse than the original comics.