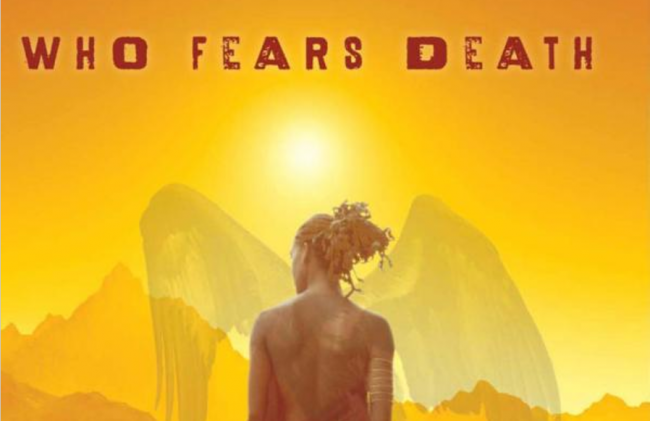 Nnedi Okorafor’s World Fantasy Award-winning novel, Who Fears Death, is now in development as a TV series at HBO, with George R.R. Martin executive producing. The author posted the news to her Facebook page.

“I’m finally free to announce this,” wrote Okorafor. “My World Fantasy Award winning novel WHO FEARS DEATH has been optioned by HBO and is now in early development as a TV series with George R. R. Martin as executive producer.”

Who Fears Death is set in post-apocalyptic Saharan Africa, where the darker-skinned Okeke people are oppressed and terrorized by the lighter-skinned Nuru. As the Publishers Weekly review summarized: “The young sorceress Onyesonwu—whose name means Who fears death?—was born Ewu, bearing a mixture of her mother’s features and those of the man who raped her mother and left her for dead in the desert. As Onyesonwu grows into her powers, it becomes clear that her fate is mingled with the fate of her people, the oppressed Okeke, and that to achieve her destiny, she must die. Okorafor examines a host of evils in her chillingly realistic tale—gender and racial inequality share top billing, along with female genital mutilation and complacency in the face of destructive tradition—and winds these disparate concepts together into a fantastical, magical blend of grand storytelling.”

Who Fears Death was initially optioned as a feature film back in 2010, so its journey to HBO has been, as Okorafor noted in her post, “nearly 4 years coming.” I’m excited to see such a powerful, prestigious network take on this story, but I was nervous when I first read the announcement. HBO does not have a great track record with the depiction of gendered violence, and I was immediately concerned about how they’d handle the content in Who Fears Death.

If you shared my worries, you’ll be comforted to hear that Okorafor has been very involved in the development process, and she feels confident that the HBO team “know[s] what this story is.” In a follow-up comment to her original Facebook post, she wrote: “i am very involved. i also know george well (we met in 2014 and stayed in touch); he’s been a sort of mentor to me through all this. and all those involved know what this story is; onyesonwu is in good good hands.”

That’s all I wanted to hear.

(Via io9; image via DAW Books)