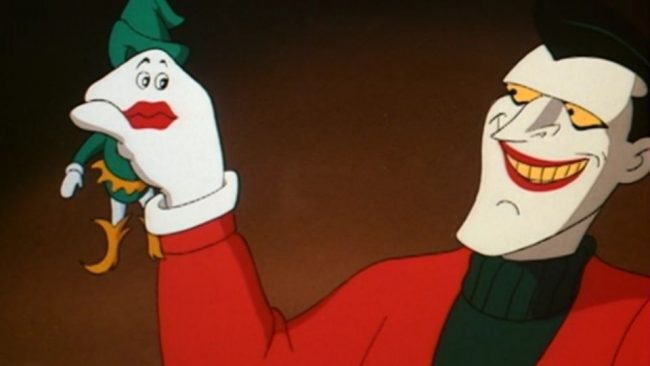 DC and Warner Bros. just announced that they’re looking to develop a movie based on the Joker, diving into the villain’s origins and backstory. This news comes by way of Deadline, who also said that The Hangover‘s Todd Phillips will co-write a script with Scott Silver of 8 Mile. Phillips is slated to direct, with Martin Scorsese serving as producer on the project.

Deadline also shared a few insider details, so go ahead and take a moment now to brace yourselves for the studio exec we’re-out-of-touch-but-let’s-say-this-movie-is-like-this buzzword bingo. They said that they’re looking to “make a gritty and grounded hard-boiled crime film” in an “early-80s Gotham City” that’s less comic book-y as it is Scorsese-esque (e.g., Taxi Driver, Raging Bull). What’s more, this origin story isn’t exactly going to tie in to any other DC property currently out, so don’t expect to see calls to Heath Ledger’s, Jack Nicholson’s, or (*shudder*) Jared Leto’s Jokers. In fact, apparently DC is looking to cast a “different actor, possibly younger.”

The only thing that I could honestly say would make this work is if DC actually went out and took Karen Gillan up on her request to play the Martha Wayne-Joker, inspired by their Flashpoint event wherein young Bruce Wayne gets shot by a mugger, not his parents. As a result, Martha Wayne becomes Joker and Thomas Wayne becomes Batman and gosh, I’d watch the heck out of that movie.

But as it stands, I’m fully expecting some other guy to get his crack at playing the villain, maybe hopefully not following in Leto’s terrible, awful, no-good, very bad “method acting” techniques.

I don’t know, y’all. I remain torn. In so many ways, this just feels like a total cash grab, with DC milking one of their more notoriously popular characters for fun and profit—which, to be fair, is nearly all of Hollywood today.