Hollywood’s Looking to Whitewash a Muslim Poet for Historical Biopic 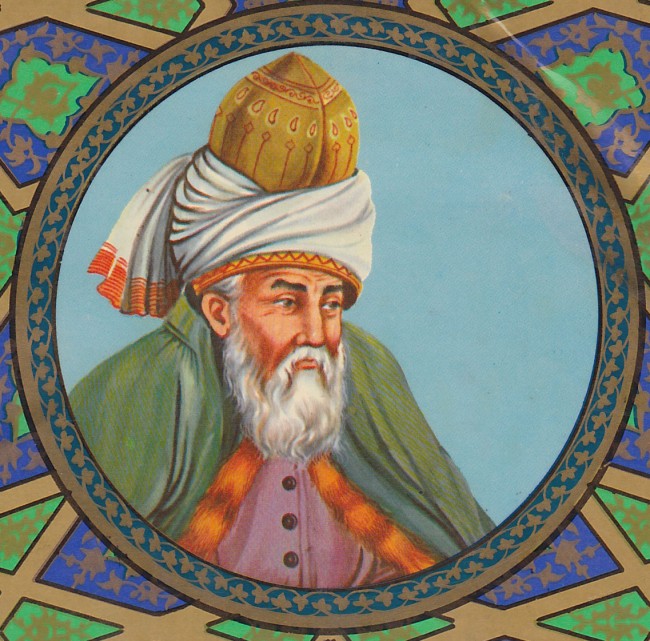 Hide your heroes, hide your legends. Hollywood’s whitewashing everybody up in here.

In a conversation with The Guardian, Oscar-nominated screenwriter David Franzoni (Gladiator) spoke about a new project he’s working on, which is a biopic about a Muslim poet named Jalaluddin al-Rumi. The poet, known most popularly as Rumi, was born in modern-day Afghanistan, and grew up in Balkh, once considered the center of Persian culture. Of course, this being Hollywood, when the conversation turned to who he’d like to see take on the role of Rumi, Franzoni and producer Stephen Joel Brown’s answers were expectedly whitewashed. They both said they wanted Leonardo DiCaprio to play Rumi.

What’s more, there’s another historical figure in this biopic, Shams of Tabriz, Rumi’s spiritual instructor. His disappearance prompted Rumi to write much of the work for which he’s known. You know who they want to play that character? Robert Downey, Jr. Yeah, I know, right?

Franzoni and Brown are quick to point out that this project is still in its early stages; too early, they say, to really begin casting. Brown said, “This is the level of casting that we’re talking about.” It’s possible (although highly unlikely, let’s be honest with ourselves) that he’s talking about actors of the same caliber as DiCaprio and Downey, Jr. But even with that incredibly outside, longshot hope, it’s very telling that these are the two actors that come to mind when they’re asked who they’d cast in a role like this.

Put simply: Hollywood doesn’t learn. True, it might be unfair to think of Hollywood as a monolithic entity that’s obstinate and unyielding, but it isn’t that much of a stretch to think that this is how many of the industry players in Hollywood think. Even after everything that’s happened around Ghost in the Shell, Doctor Strange, Aloha, Gods of Egypt, and the countless other whitewashed films, writers, producers, and directors are still returning to whitewashing roles.

Most frustrating of all is when these movies tank, much to their unfathomable confusion that exists despite the grip of studies, research, and straight up money telling them what they’re doing wrong.

Aggravating. That’s the only word I can really use to describe what’s happening here. Simply aggravating.

(via BoingBoing, image via Wikipedia)