I’m a White-Passing Latina, and This Is Why I Wear the #SafetyPin 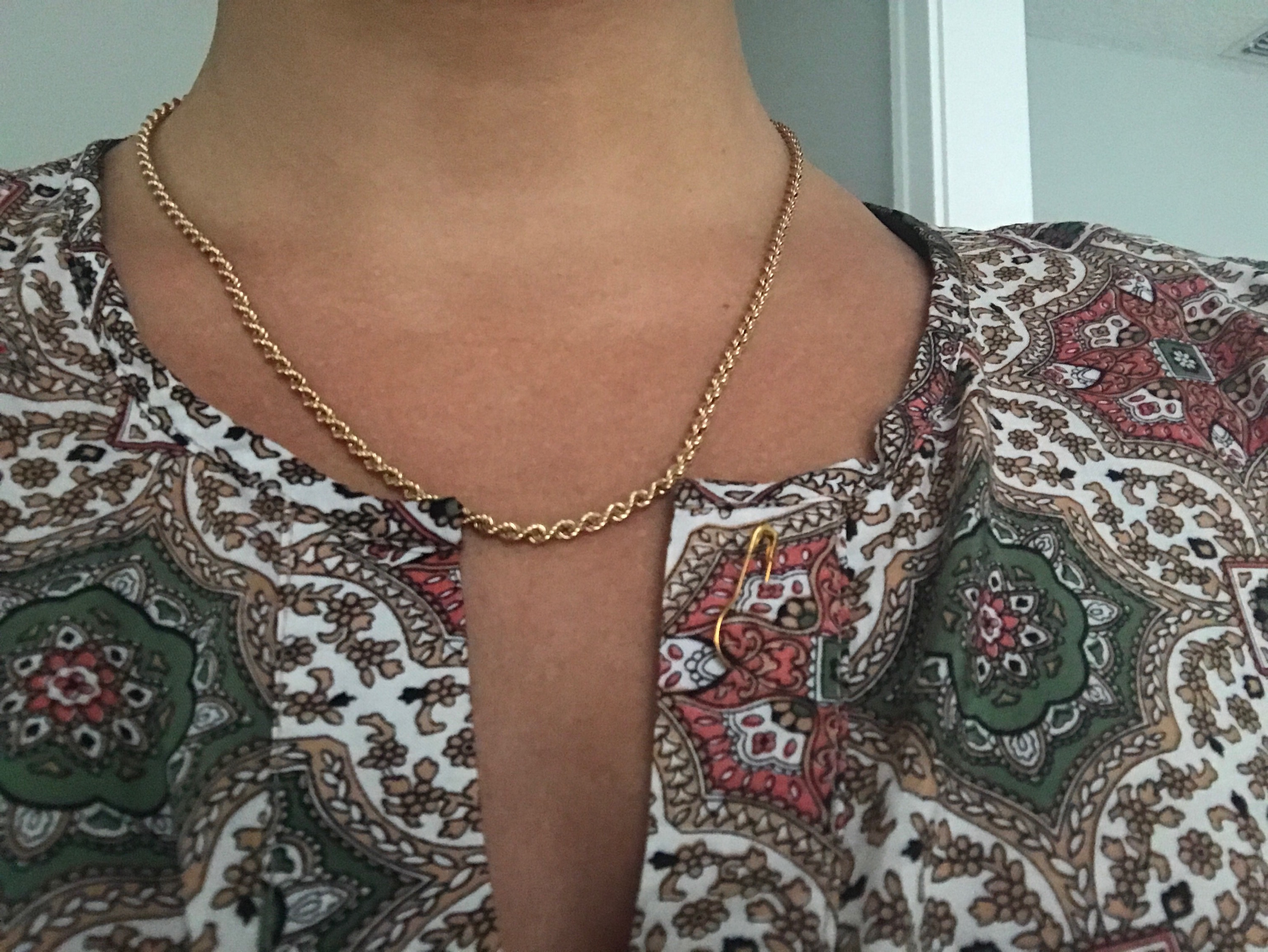 Living in Jacksonville, FL, I don’t have the solace of living in a major city where Trump won by a “small margin.” Duval County went red and, for those watching the Florida election map, was a significant tipping point for the state in Trump’s favor.

When I saw the concept of the safety pin being shared on the Pantsuit Nation Facebook page, I was instantly drawn to it. I viewed it as a chance to voice opposition and show solidarity with other, like-minded people in a city where I feel alone. However, as has been rightly pointed out, the safety pin is problematic.

While I largely agree with what has been said about the potential downfalls of relying on safety pins (they’re emblematic of white guilt, worn by fake allies, and can just be a passive protest), I take issue with the way these conversations largely focus on the assumed ethnicity of the wearer. If we are going to actively push back against “Trumpism” then we need to stop working on those same assumptions used to judge and target people based on superficial perceptions. There needs to be a space to understand the diversity of ethnicity and lived experiences within groups, without falling back on one-dimensional models that serve to further isolate and separate us.

The reason I have been struggling with these topics is because I am a Latina who, to the rest of the world, looks white. I am privileged in ways that my immediate family is not, yet privilege does not completely exempt me from the impact of those experiences.

I am the daughter of a Cuban-Spanish mother (first generation) and an Irish-Italian father (second generation) and grew up in South Florida during the 90s. My ears were pierced as a baby, my baptismal gown was long and white, and I was adorned with the gold bracelets and necklaces that other Latinxs may also have awkward photo evidence of.

When I was around 7 we moved to a town two hours north of Miami and I started pushing away my Latinx heritage in ways I’m only starting to see and understand. I refused to speak Spanish when my mother tried to teach me, ballet taught me to hate my body and curves, and I would urge my dad to not let mom make me go to Miami quite as much to see my family. It was really when I went to college and matured that I started to reconnect with my Latinx heritage and Latina identity.

Over the past 10 years I have become acutely aware of the privilege I have as a “white-passing” Latina. When Trump and his supporters’ talk about Latinxs they are not addressing or targeting me. But they are targeting my family. I may never be the victim of racism. However, not a day goes by when I don’t worry for those I love.

While I benefit from a system of white privilege, my life has also been shaped by the social and cultural systems that impact other Latinxs and minorities in the United States. My father went to prison for drug conspiracy when I was 13 years old, and was one of many other male relatives who would be incarcerated in my family. From a young age I understood drug and alcohol abuse, and my father’s abuse was a lesson in the ways violence is passed down from generation to generation. My mother told me stories of being called a “Cuban clown” in school, and the signs stating “No Negros, Cubans or Dogs” in Miami during the 1960s. My parents never completed primary education: my mother dropped out of high school and my father was pulled out of grade school. When I graduated from college, I was the first person in my immediate family to do so.

Because of both my white privilege and Latina identity, I am within and without.

For me, the safety pin is a starting point and not an end goal. Wearing a pin enables me to be a visible symbol that I am against bigotry and an advocate, but there are a lot more ways that I am voicing my opposition and identity post-election.

I have since taken a mental health first aid course (offered for free across the states and world), so that I can be better prepared to intervene and assist someone who is experiencing a mental crisis. I have also registered to become a citizenship class instructor, so that I can help immigrants through the same citizenship process my abuela went through. And I am starting to engage with local refugee organizations that will likely experience an influx of new arrivals before Obama leaves office and the opportunity to enter the U.S. closes.

I am asserting my identity in more visible and clear ways, to ensure people see me as the Latina I am. I am vocal about the stress and uncertainty I feel post-election, not only for me, but also for my autistic brother, my military spouse, and my abuela who knows very little English. This election has exposed wounds I have surrounding issues of sexism, racism, and advocacy, which is why I’m trying so hard to push forward and be visible.

We should all be critical of the ways that we impact those around us and remain aware of the weight that symbols and identifiers, such as safety pins or the term Ally, carry with their use. As a friend said in the past, there is a difference between being a decent human being and being an Ally. If I am going to walk out my door with a pin attached to my chest then I am committing to action. It is with the full comprehension that I am standing for who I am and what I believe in, no matter the consequence.

The pin is a small, easily visible part of my new ensemble, but I am so much more than what’s attached to my clothing.

images by the author

Tiffany Parisi is a Latina anthropologist and public health professional residing in Jacksonville, FL. Her research centers on issues of racism, genocide, violence, and community reconciliation. She currently teaches as an adjunct professor.