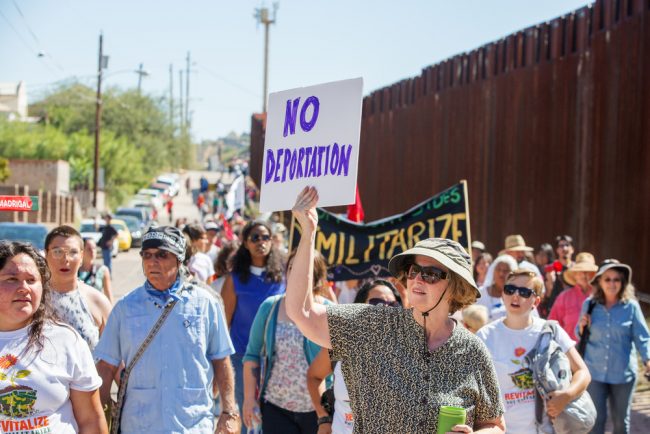 After a report last week mentioning that Donald Trump is “seriously considering” ending the Deferred Action for Childhood Arrivals program, it comes to light today that the White House will soon be moving to follow through on ending the Obama-era program. According to Fox News, a senior administration official said that the immigration program could end as early as Friday.

The program, called DACA for short, is intended to offer a sort of “administrative relief from deportation,” according to the University of California Berkeley’s description of the program. Essentially, children who grew up in the U.S. after migrating illegally would be offered a chance to stay up to two more years in the U.S. with the chance to be offered a work visa. It’s an attempt at a stop-gap, a patch in the absence of actual immigration reform.

Originally, Texas and nine other states were putting pressure on Trump to eliminate DACA by September 5th, which is when they were going to sue over the program’s constitutionality. As of last Thursday, the decision still seemed fairly up in the air. White House press secretary Sarah Huckabee Sanders said, “A final decision on that front has not been made. When we have a final decision, this is under review, there are a lot of components that need to be looked at.” Homeland Security Advisor Tom Bossert corroborated this statement, saying only that “the administration is still reviewing the policy.”

Over 800,000 children applied for DACA, and have since been living and working in the U.S. unobstructed (well, aside from regular racist tirades against their very existence, but I digress). As part of the application process—which began in 2012—they sent in their addresses, information, and backgrounds. But when Trump took office in 2016, many worried that data could potentially become a way for them to be targeted by ICE and other government officials who are overzealously deporting immigrants and (quite literally) tearing apart families. Sadly, despite constant promises and reassurances that “they shouldn’t worry” from Trump and his administration during the election, each of these 800,000 children are likely about to be stabbed in the back and face deportation.

It’s heartbreaking to think that these children—brought here by their parents in the hopes of finding a better life for them—are about to be torn away from the lives they’ve been able to build because of a decision (immigrating) they had no part in making.

The only way that the removal of DACA could potentially be helpful for these children is if the government has a program for immigration reform to back up the gaping void that’s sure to be left behind in DACA’s absence. Up front, though: there’s more than likely no way that they’ve actually got that up their sleeve. Thus far, Trump and his crew have not offered any evidence of or even talked about offering any other potential in-roads to these DACA applicants.

If you’re keeping score at home, this is yet another broken promise in a long, torrid chain of lies, all of which have come to define this entire administration. Don’t forget: Trump also promised to fight for LGBTQIA people, mere months before his administration moved to ban transgender service members from the military. At this point, you can probably dig through every terrible campaign promise he’s made, and you can figure out for yourself just what’s going to happen next.

If you want to work against DACA’s removal, the best thing you can do right now is contact your local representatives and make sure that they’re on your side and fighting to keep DACA.