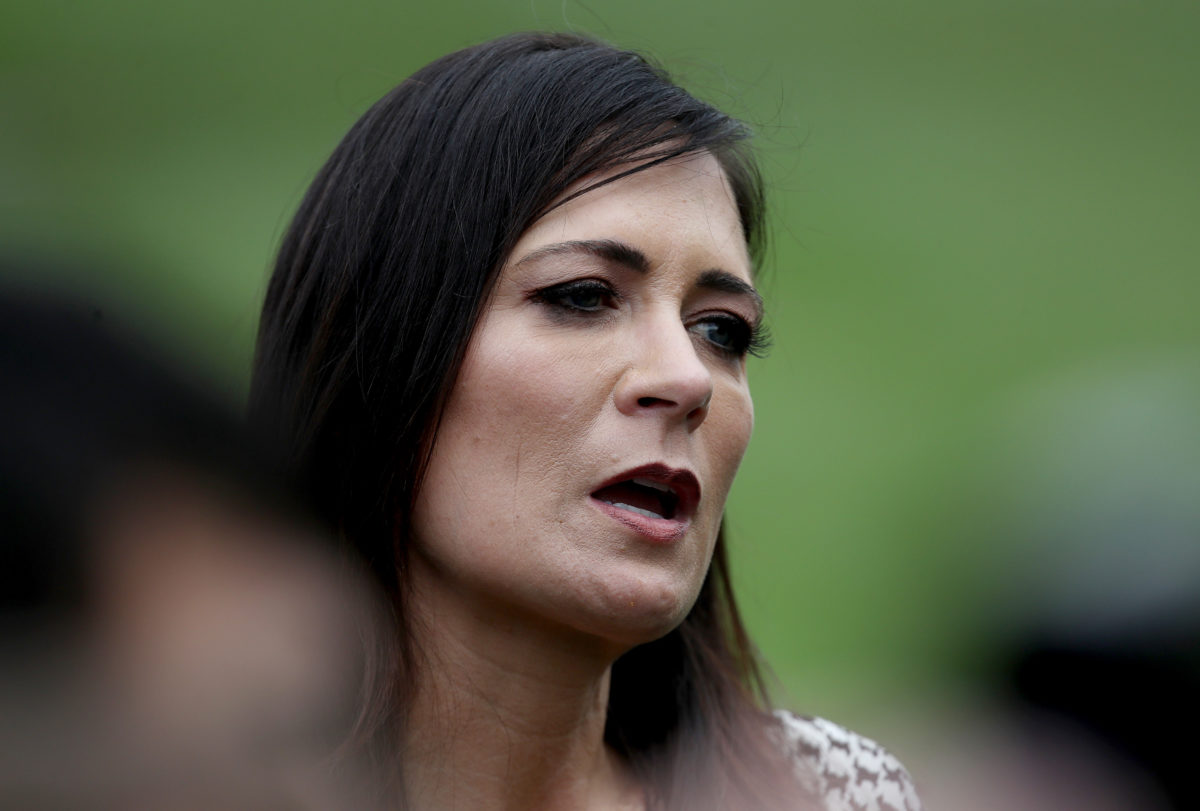 Today in an interview with CNN’s Abby Phillip, the current White House press secretary, Stephanie Grisham, claimed that the aides of the Obama administration “doomed” Trump and his staff to failure by leaving them cruel notes in their offices. Grisham, who began her career at the White House as Sean Spicer’s deputy, claimed the aides left behind notes reading “you will fail” along with multiple copies of Obamas books.

WH Press Sec Stephanie Grisham claims Obama aides left ‘you will fail” notes in offices for Trump aides: “We came into the WH, I’ll tell you something. Every office was filled with Obama books and we had notes left behind that said ‘you will fail,’ ‘you aren’t going to make it,’”

This is, of course, hilariously false. What was most likely an attempt at distracting the public from Col. Vindman’s testimony during the impeachment inquiry instantly backfired when the former Obama aides began sharing the letters they left to their successors. Not to mention the fact that, had mean notes actually been left, we would have heard about it back when Trump first took office. Either that, or no one in the Trump White House has actually opened a book or desk drawer the entire 3 years they’ve been there. Actually, that might be a possibility.

This is the note I left my successor. Really dispiriting to hear this from @PressSec, a person with whom I spent a couple amicable hours with during the the 2016 transition where I wished her nothing but institutional knowledge, good luck and all our support. https://t.co/kGb0pa59fp pic.twitter.com/Jtis9TEZK1

Particularly damning was the note that Joanna Rosholm left to Stephanie Grisham herself. I don’t which is meaner, her description of the “serenity” of hearing the Navy band play outside her window in the east wing, describing the White House staffers bond that should transcend politics, or recommending the chicken tenders. But the bullying on display was truly despicable and uncalled for!

But Grisham has a long legacy of Trump Press Secretaries to live up to! How will she ever fill the honest and trustworthy shoes of Sean Spicer, Sarah Huckabee Sanders, or even the Mucch?

Whenever Stephanie Grisham uses the word “honestly,” an angel dies.#TuesdayThoughts

Honestly, what I love most about this story isn’t that it is such an easily debunked lie. I just want to fantasize about what other ways the Obama aides might have left behind bullying pranks for the Trump staff. Did they leave “upper deckers” in all the third floor bathrooms? Did they cover the entrance to the Navy mess hall in saran wrap? Was Rosholm waiting underneath Grisham’s desk to give her a wedgie and tell her that her crush thinks she’s ugly?

Grisham, if you need any more ideas for your next interview, please use these – they are gold!