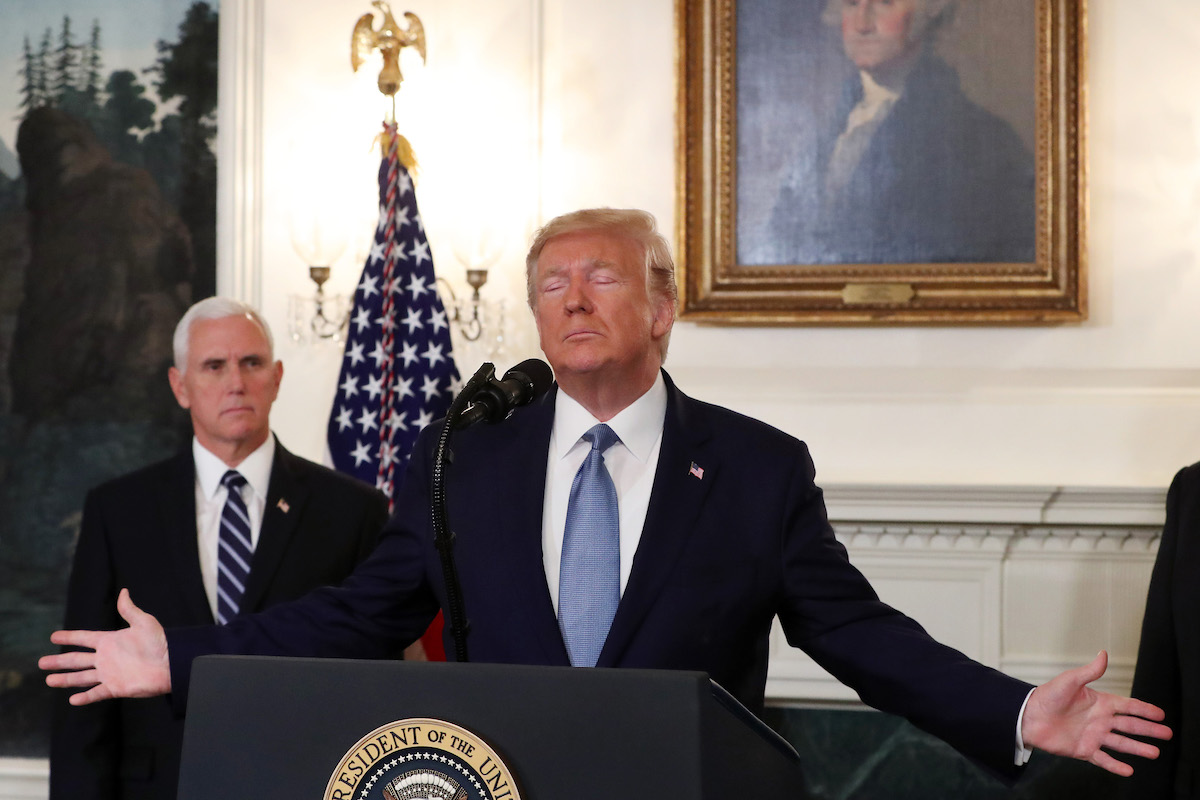 Donald Trump went and hid in a bunker during the Black Lives Matter protests this weekend, sparked by the killing of George Floyd by police. Not only did he run and hide and refuse to speak up at all about what was happening in the world, but they also shut the lights off at the White House.

NO ONE IS HOME, GO AWAY PLEASE.

Maybe that cowardice came because when Donald Trump did speak up, he tweeted that these “THUGS” are dishonoring the memory of a man whose family Trump didn’t even let speak when he called them.

….These THUGS are dishonoring the memory of George Floyd, and I won’t let that happen. Just spoke to Governor Tim Walz and told him that the Military is with him all the way. Any difficulty and we will assume control but, when the looting starts, the shooting starts. Thank you!

It’s telling that instead of addressing what is happening in the States of America (ain’t nothing f**king United about us), he’s tweeting from the dark White House about the NBC hit show Law & Order—a.k.a. his usual racist dogwhistles.

Or tweeting about his “polling” lead over Joe Biden.

America, currently, is leaderless, and the president is hiding away and using Twitter account to incite more police violence. But the shutting off the lights? There’s a bit of confusion on that one. Some are saying it happens every night at 11PM, while others are saying that they’ve never seen the exterior lights out. Who knows? Not me, I’ve never been to Washington D.C., and I’m not going there while the orange is president.

Still, a haunting image of the dark White House while the city around it is literally on fire is something that many took to Twitter to comment on. Even if they shut the lights off every night, no one thought to leave them on while all this was happening? Does anyone in the White House have brain cells?

ah shit well no one’s home haha ok some other time then https://t.co/AgqX16yIPs

No better image to symbolize where this nation is right now https://t.co/RKVTuZBlZ4

Trump in there reading tweets with a flashlight https://t.co/zQh9rEgQyC

I don’t know whether or not the lights always shut off, and to be quite honest, I don’t care. When the city is burning around you, turn your lights on. Also, someone open up a Google Doc and tell Donald Trump it’s Twitter, and let him send all his gross thoughts there instead of on actual Twitter, PLEASE.