The White House Abruptly Fired Its Chief Usher, Who Just Happens to Be a Woman

We're sure that's unrelated to her dismissal. Yup. 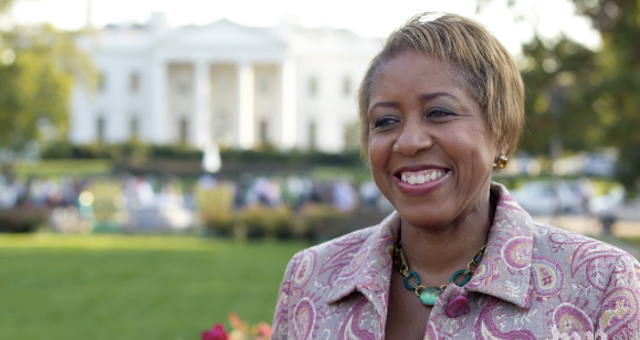 Angela Reid was the first woman and the second African American to hold the prestigious position of White House Chief Usher. But when her colleagues arrived at work today, they were told that Reid’s time at 1600 Pennsylvania Avenue was over.

Chief Usher is an important role responsible for the day-to-day running of the White House residence. As The Washington Post explains, the Usher “works as general manager of the building, handling everything from the large staff of butlers, maids, chefs, florists and electricians to fiscal, administrative and personal duties. The chief usher also works closely with the first family, including providing guidance on the furnishings, art and decor.”

Well, at least she no longer has to worry about Trump trying to turn everything in the residence a lurid gold color. When asked for comment about her abrupt dismissal, the classy-as-hell Reid responded, “I think it’s best if the White House explains,” but the White House declined to provide any specifics for why she was let go. No one interviewed for the Post story could recall an abrupt firing from the White House permanent staff since 1993.

During today’s press briefing, deputy Press Secretary Sarah Huckabee Sanders demurred further in response to questions from reporters and recited a bunch of canned HR-speak: “We left on very good terms and wish her the very best and certainly hope for great things for her in the future. However, it’s not uncommon you might have a transition of staff when a new administration comes in. It’s nothing more than that.”

Hmm. I don’t suppose the matter had anything to do with the fact that Reid was an Obama-era hire who had worked in the White House since 2011 and was rumored to be close to the Obamas. Or that she was a woman with intimate access and a lot of influence in the Presidential Residency. I’m sure Donald Trump was primed to just respect and adore her from the start.

While your instinct may be to agree that, as Sanders pointed out, it’s not uncommon to have a transition of staff with a new administration, changing the guard of the Chief Usher is uncommon. Reid was only the ninth Usher since the start of the 20th century, and it was considered to be a long-standing, multi-administration job. Presidential historian Douglas Brinkley is cited in the Post article as calling Reid’s unceremonious dismissal highly unusual—especially without any explanation for the firing being provided. “Otherwise it comes off as cruel,” said Brinkley.

Cruelty? In Donald Trump’s White House? A White House that’s seeking to make sexual assault and Caesarean sections fall under pre-existing conditions? A White House that’s attempting to revoke health insurance from 24 million Americans and line the pockets of the rich while condemning the poor to death sentences? Yeah, right! Like Donald Trump’s White House would ever do anything callous and cold-hearted and likely fuelled by the paranoia that Angela Reid was an Obama loyalist intent on stealing Trump’s Twitter password and wiretapping his flower vases. I’m sure this was all done with the best of intentions and on very good terms.

Sanders mentioned that in the interim, a deputy Usher would be stepping in to cover Reid’s duties. Who wants to bet that a white man will eventually hold the Chief Usher position in Trump’s White House? I’ll wager a lot of money. Maybe Jared Kusher is getting another job?