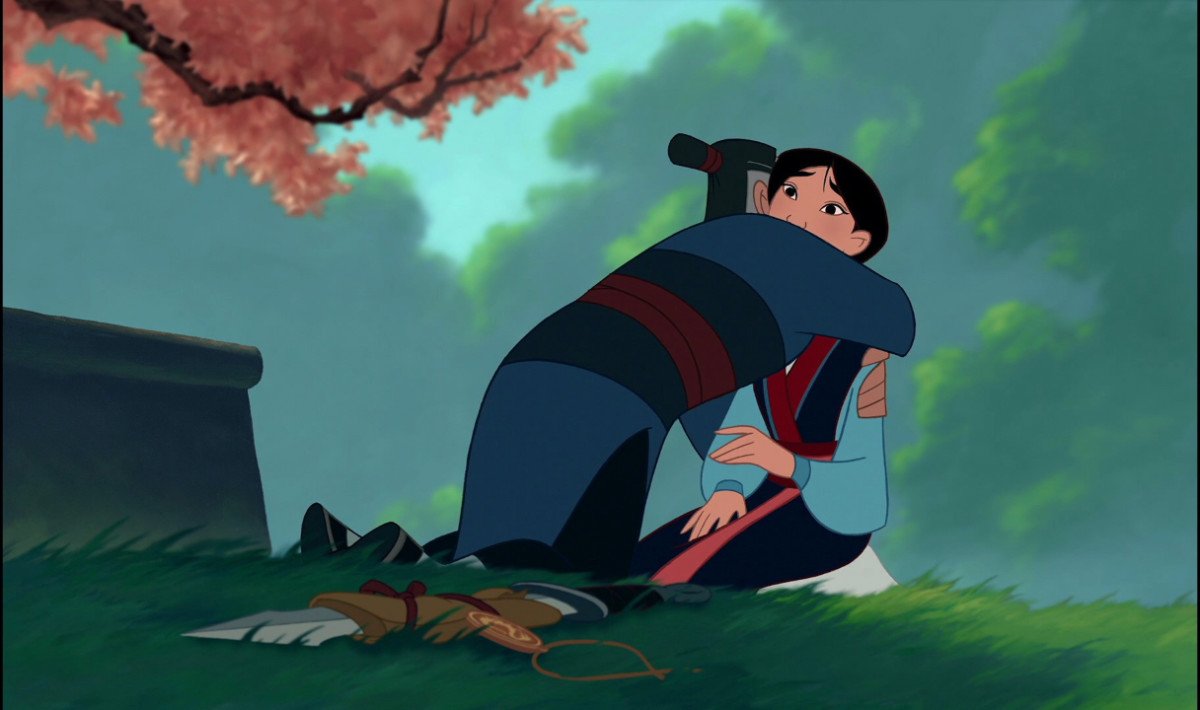 Over the weekend, I found myself in a nostalgic mood, and I started watching some of my favorite animated Disney movies, going back to rewatch 1998’s Mulan. I remember watching Mulan in theaters as a child and being excited about a Disney Princess who was a woman of color. There are so many things about Mulan that remain instantly iconic, and the whole movie just holds up really well upon rewatch.

Then, I got to the part that has always made me sob.

The greatest gift and honor is having you for a daughter.

Just typing those words makes my heart swell up with emotions that I have to quickly push down in order to not become a blubbering mess first thing in the morning. Disney and Pixar have created so many moments that have embedded themselves into our emotional centers because of the storytelling. Having seen the equivalent sequence in 2020’s live-action Mulan, it shows that it is not a matter of just telling the same story again. There is something about how the whole movie comes together in order to make those moments work.

Mulan and her father are close, but for the whole movie, we see the character struggle with the expectations put upon her and the desire to make the ones she loves proudest. With her father—even though he reassures her, after the matchmaking fiasco, that she makes him proud—when conflict begins about what their “places” are in society, her father still leans into the patriarchal expectations, not just because he believes in them, but in order to tell himself that dying for his country is honorable. Mulan doesn’t set off to become a hero, or even to save China for some nationalistic reason. She does it to save her father and to “keep him standing tall.”

All of that is what makes this ending so beautiful, because all Mulan has ever wanted is this moment of being totally and completely seen by her father. As a queer person, it is a moment that hits on all the levels.

There are so many moments like this from this era of Disney for me: Lilo and Stich when Nani and Lilo say goodbye to each other, Beauty and the Beast when Belle tells the Beast that she loves him, and of course, everything concerning the Genie in Aladdin.

Thinking about these moments was of great comfort to me over the weekend, because as things keep feeling so overwhelming that it’s important to find things that remind you that you are human and that your feelings are still there. The numbness can just feel so heavy, so having a good cry helped. Plus, the one good thing Disney+ did was make all these movies easy to get.

Down below, share the Disney moments that make you have the feels and why?