Why People Think Melania Trump Is Missing | The Mary Sue

Why People Are Freaking out About Melania Trump Being “Missing” 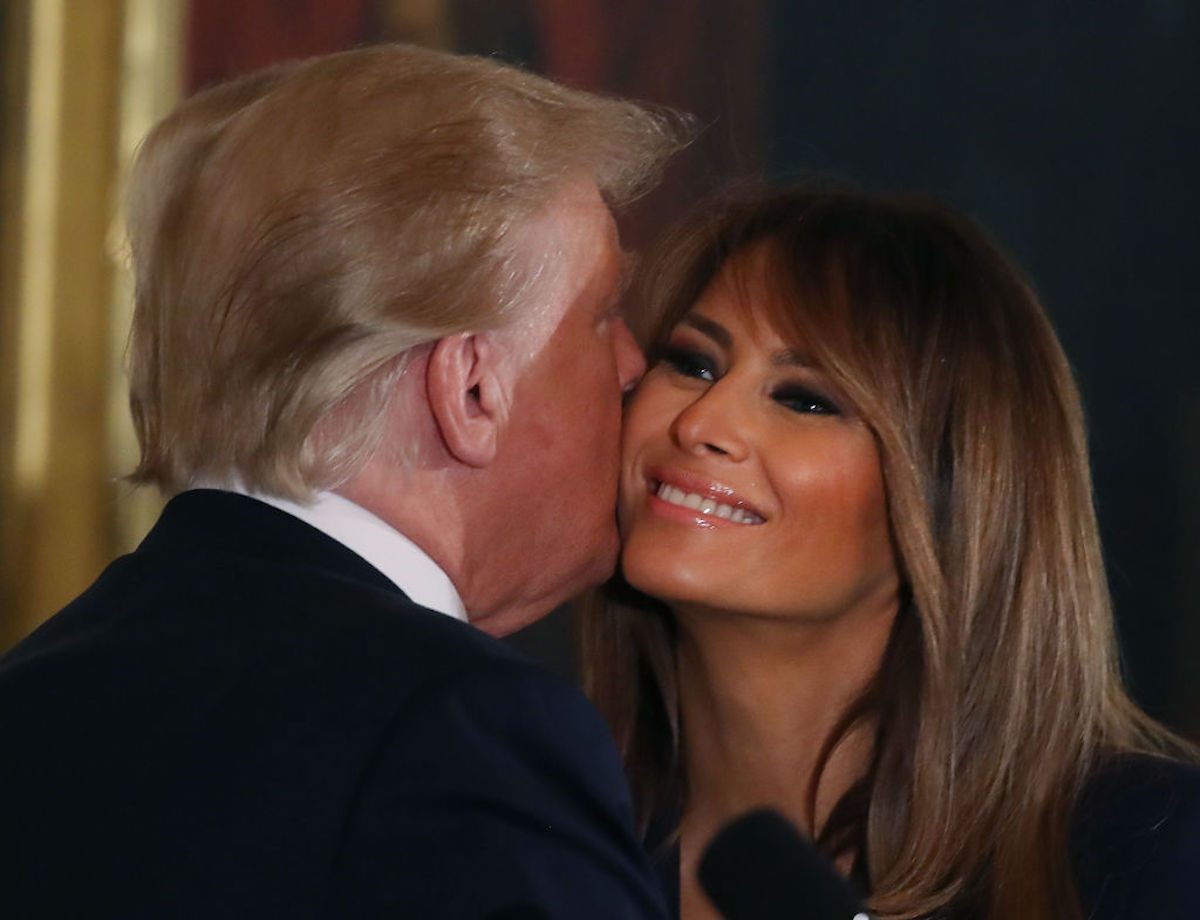 The first lady has not been seen in public for more than 20 days, and all sorts of strange events and conspiracy theories have sprung up in the wake of her “vanishing.”

As of June 4th, Melania Trump has not been seen in public for 25 days. On May 14th, the first lady’s office announced that she had undergone a “benign” kidney procedure, which was successful, and would remain hospitalized for a week. According to the White House, the first lady returned home on May 19th. She has not been seen in public since May 10th.

Many people’s reactions to the “Melania is missing” hysteria have rightfully pointed out that perhaps the first lady needed a longer convalescent period than advertised, or any number of complications could have arisen from the procedure that the White House does not feel it appropriate to talk about.

This is totally fair! The Trump Administration being the Trump Administration, however, nothing can ever be easy, transparent or straightforward, and every attempt they make to talk about where Melania is just seems to make the “mystery” seem shadier. First, Trump tweeted about his wife’s health, misspelling her name.

Then, on May 25th, things got even weirder, as Vanity Fair explains:

“She’s doing great. She’s looking at us right there,” the president told reporters, gesturing toward a window in the White House residence. But, in a twist worthy of Poe or Coleridge, when said reporters turned to the window to look for Melania Trump, she was nowhere to be found.

The president literally pointed at a window, indicating the presence of the first lady, but … she wasn’t there.

Then, on May 29th, Melania’s personal FLOTUS Twitter posted a message:

“I see the media is working overtime speculating where I am & what I’m doing. Rest assured, I’m here at the @WhiteHouse w my family, feeling great, & working hard on behalf of children & the American people!”

Here’s the thing about that tweet. It 100% reads like something that Trump himself would tweet, or someone who often tweets on Trump’s behalf. “The language and syntax sounded so suspiciously like like a certain social media addict, it only served to fuel the flames,” says Vanity Fair. “Working overtime” is a favorite idiom of Trump’s to tweet in regards to the “fake news” media, as the Huffington Post breaks down.

I finally figured out why we haven’t been able to find @FLOTUS. pic.twitter.com/VoViCFZ3h3

So where in the world is Melania? Some of the more popular conspiracy theories suggest a longer-term recovery from plastic surgery or a condition that is not so benign; or that she’s left Trump and moved out of the White House entirely. But you can wade through the weeds of Twitter if you want to see some truly wild amounts of speculation. Especially after she missed a family trip to Camp David over the weekend that even Tiffany Trump, the least-seen daughter, attended.

As of today, the White House has promised that Melania is set to attend a closed-door event this evening for Gold Star families. The press is not invited, but no doubt we will receive some kind of confirmation from some source whether the first lady was there or not. We already know from her spokesperson Stephanie Grisham that “the first lady won’t attend the G7 summit in Canada this week with the president, nor go on a June 12 trip to Singapore for a North Korea meeting,” per People.

regardless of how deep the rubble is after this administration, i feel future generations will have trouble truly grasping the bizarre creepypasta quality of the trump presidency. that photo of him shouting at a kid mowing the lawn, melania disappearing, etc

It’s hard not to start going the conspiracy theory route yourself when it would be so simple for the White House to prove the first lady continues to exist in-residence, yet instead, we receive events like “The Case of the Missing Woman at the Window” and “The Tweet Trump (Probably) Wrote.” Everyone I know can’t stop talking about where the first lady is. Hopefully, we’ll know after tonight. The whole thing is just strange and discomfiting.