When Men Write Fanfiction, It Isn't Fanfiction Because It's "Academic" | The Mary Sue

When Men Write Fanfiction, It Isn’t Fanfiction Because It’s “Academic” 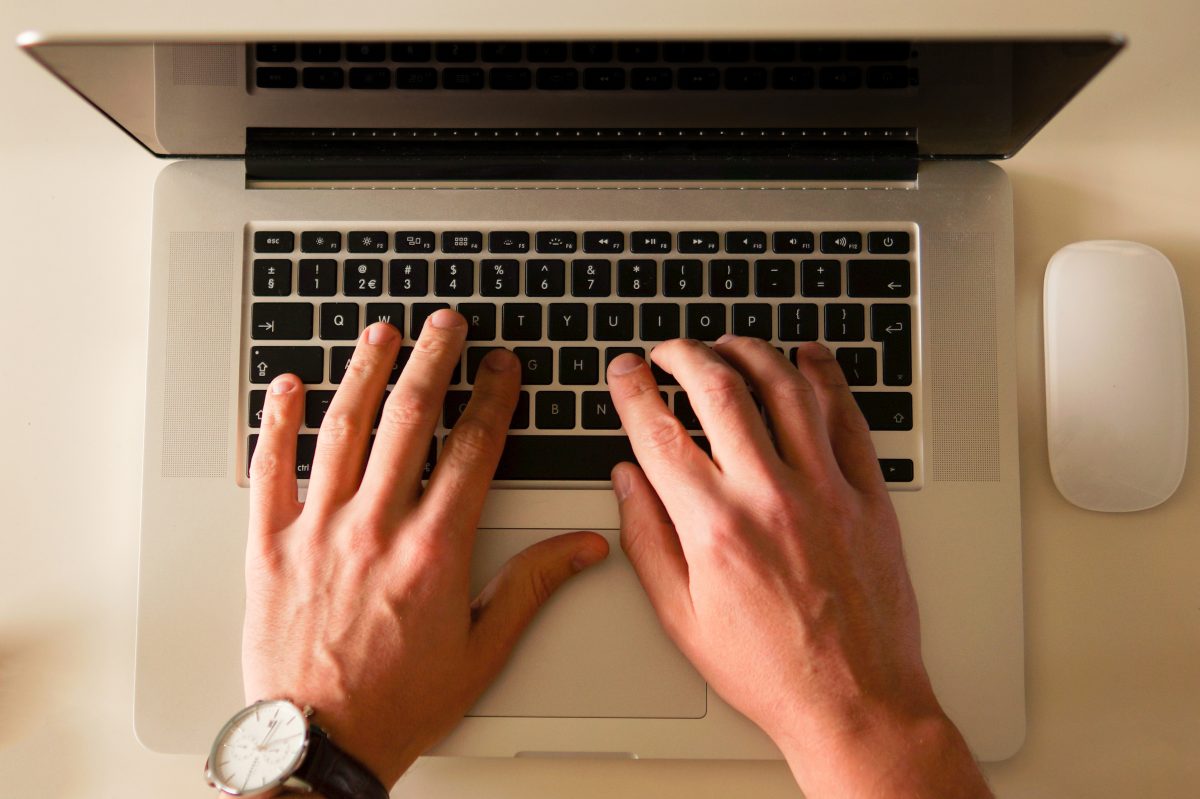 Today in the worst things I have ever read comes from an interview on Lithub with a writer named Lonely Christopher. Even though he has reworked Stephen King’s The Shining, Christopher claims that his book is “not fanfic” for a variety of reasons that seem to coalesce in his need to quote literary theorists.

The unbearably pretentious article is such a slog I don’t even want to link you to it, but here it is if you’re feeling nice and masochistic. As you read, you’ll shake your head so many times you’ll get whiplash, and you’ll continually text your group text chat screaming in all caps and repeating, “Are we sure this isn’t a @GuyInYourMFA parody?” Because everything here reads like it was written and spoken by @GuyInYourMFA, only lacking any of that account’s winking awareness.

What this really reminds me of is that guy who made even the professor cringe whenever he raised his hand in lit class, because everyone knew he was about to rattle off a bunch of nonsense word salad strung together with references to Derrida. To wit, here’s Lonely:

The book is a concerted rejection of the standards of any type of literature, so in that way it is reacting to the formal elements it eschews, and interacting with readerly expectations as well as the history of the medium.

I guess the reason why this isn’t “fan fiction” is because, first of all, it’s not enjoyable in the same way and then it’s vaguely academic.

Well, at least he admits that his book is “not enjoyable” in the same way as fan-fic, but it’s the insistence on academic influences elevating the work out of fic-dom that’s really making my brain explode.

Aesthetically speaking, it owes much to Stein, Beckett, Robbe-Grillet, and Bernhard. Intellectually, it has a relationship to Barthes, Foucault, Derrida, Debord, and especially Baudrillard. So it is having conversations with different texts in different ways.

Sorry, I had to pause to clean up the bits and pieces of my exploded brain. Do you see what I mean? Word salad that sounds fancy but means little. Spitting out famous writers and theorists in a whirligig of self-importance in the hope they’ll somehow be associated with you if you name-drop them enough.

The interview invokes Robbe-Grillet so obviously this author is TOO EDUCATED FOR FIC OKAY.

(If I were critiquing this article and/or book I would note some ideas in the latter part of the article are contradictory to the R-G comparison but what do I know I only have lady parts.)

The interview is full of jaw-dropping sentences that I frankly wish were intended as parody because by those standards they would be stunning (as real statements, they are laugh/rage-inducing). The reason why we’re here, however—and the reason I’m bothering to call this article out and give this writer any attention—is Christopher’s repeated insistence that he was engaged in some kind of grandiose, drug-fueled literary Experience when he wrote the book THERE, and as such, he’s not creating anything so lowbrow as the accursed fanfiction or even just plain “literary fiction.”

That’s why I was comfortable with throwing out the writing process, as it is generally understood, and using a different way to generate a text. Many fundamental aspects of the craft didn’t appeal to me at the time. I didn’t enjoy producing anything that resembled “literary fiction.” I was reading a lot of theory, doing a lot of drugs, and excited to attempt something different. Once I locked in the conceit the process was unwavering. I didn’t try to change or develop what I was doing. I let the source material direct the text to some extent and my focus was on the level of the sentence not the scene and the paragraph not the chapter.

Incredibly, Christopher claims he has never even fully read The Shining, but kept the novel cradled on his lap during the writing process, which—you know, I’m not even going to touch that one. Please just read it for yourself.

I’ve never read this book, but when I was writing the first draft of my novel I had a copy of The Shining in my lap and was actively using it to some extent or another the entire time. It was an almost trancelike process. There were drugs involved. I don’t remember much.

To which my brilliant group chat fandom friend replied:

that part where he admits to not reading the shining is so funny because he’s trying to sound deep but he is every writer who posts and then in the author’s note at the end is like, “lol sorry if this is really ooc i haven’t actually read the book!”

Lonely, my guy, you are fundamentally writing fanfiction. Here are some academic credentials to back up my assertion:

Fan studies scholar here: a. this is fanfiction b. critiques of fanfiction are generally rooted in misogyny c. fanfiction is not inherently bad d. but this book probably is because this guy comes across as @GuyInYourMFA

Nielsen’s tweet is where my desire to defend fanfiction as a medium arises from. Fic is primarily created by women, trans, genderqueer and just plain queer people—for free, for each other—and as such, it’s often derided and dismissed. Made mostly by girls? For no profit or acclaim? Must be amateurish and trashy, goes much of the knee-jerk response you get when you mention fic to people in the mainstream.

It’s surely, surely not the medium of someone so dedicated to the pursuit of written genius and high as balls enough to be channeling Baudrillard.

“I know that on its face, it sounds EXACTLY LIKE FANFIC. But you see, I’m an ACADEMIC who is a MAN and therefore it is NOTHING LIKE FANFIC.”

At the end of the interview, Christopher says, “I am a queer American and that is fundamental to my identity,” which is maybe the only sentence that I enjoyed therein. Especially as a queer American, it would have been good for him to acknowledge and embrace the space that is, perhaps, the queerest and the most productive today: transformative works created by fans.

How I would have cheered if he’d cited the names of fandom-adjacent scholars like Francesca Coppa, Anne Jamison, Stephanie Burt, Henry Jenkins, Camille Bacon-Smith, and many, many others in a thriving and ever-growing field. Christopher could have described his book through the lens of what it means to generate a transformative work. He could even have used this grounding to explain why his book was different, was far more unique than what we create for each other out of love online. But he did not.

Christopher’s editor, who is also conducting the Lithub interview, hardly seeks clarification on the fact that by all measurable definitions, THERE is indeed fanfiction—what we would call an AU, or “alternate universe,” using the canon-established characters and putting them into a different world of the new creator’s making. Christopher’s editor, and the person responsible for titling this article’s URL “beyond-fanfiction,” are part of the problem here. To use an academic’s favorite word, they have not unpacked this enough.

Men, when they read another man’s coffee shop AU: “When I read THERE I knew I was experiencing what Hemingway was pining for as a writer: an entirely new kind of text.”

People on Twitter are rightfully dragging the interview and its assertions, not only for the language found in the article but because we are tired. Tired of having what is for many of us our primary creative outlet sneered at. Tired that this medium is considered something that must be transcended “beyond” in order to be taken seriously.

Tired of male writers—because it is almost always male writers—receiving serious, lengthy interviews like this about their fanfiction when these female and trans and genderqueer and queer-dominated communities do not field many requests to explain how Roland Barthes influenced the latest chapter of their popular fic, which has more than a hundred thousand hits on it, by the way.

I don’t say that editors should be reaching out to fan writers glibly. Half of the fandom writers I know are full-time academics and they might want to talk about Barthes, too. At least they wouldn’t be afraid to acknowledge that what they’re making is fanfiction, because fanfiction is a fantastic creative phenomenon.

Some of it can appear unpolished—it’s where young writers go to learn and cut their teeth. It’s where writers writing from different countries try out languages not their own to find new readers and meet new people with their interests. It’s a melting pot, constantly churning. And since I was 13 years old it has also been the place where I’ve discovered the most masterful and memorable fiction I’ve ever read. Yes, even better than those literature classrooms and library stacks.

Welcome to writing fanfiction, Mr. Christopher. We’ll embrace you if you choose to stay. But first, you need to learn how to compose a basic disclaimer, Fic 101, circa, oh, the late ’90s? For example, when asked about Stephen King, the creator of the work you’re transforming, it’s best not to reply as you did (this tends to piss creators off):

It’s obvious I didn’t feel I needed to ask his permission. We’ve never crossed paths. I am in no way affiliated with him. He does not know me. I don’t think I even know anyone who knows him. We are distant in the scheme of things.

Keep it short. Keep it simple. Beg them not to sue you for infringement (because unlike fic posted for free, you’re seeking to make a profit). Here are a few suggestions that my fandom friends came up with after they read your words:

“DISCLAIMER: none of these characters belong to me but who cares stephen king is like super rich lol don’t sue my poor ass.”

Times have changed, however. Disclaimers are old hat these days. You can dive right in.

Write, and share, and if it’s good, people will read your words and give you comments and kudos and become your friends and you’ll reach a vaster and more diverse pool of readers than you ever thought possible. They might even want to buy your book, if it’s an excellent work of fanfiction, which is a truly difficult standard to meet.