Fake News: When Fandoms Queerbait Themselves 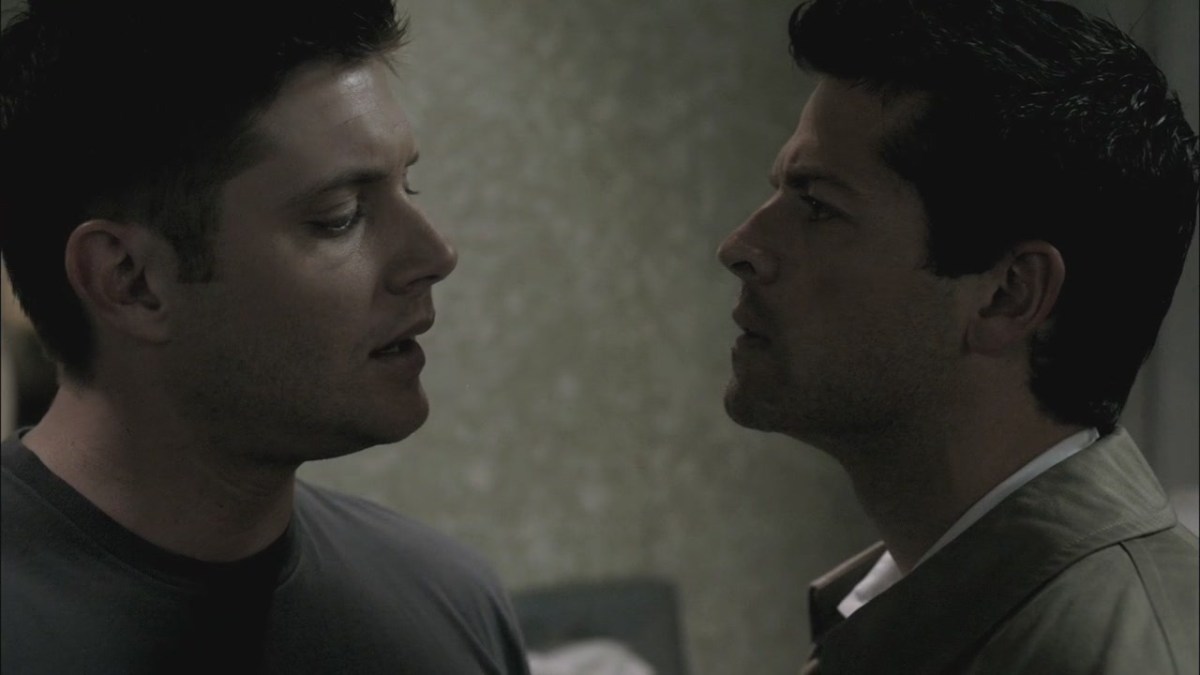 I’m tired, friends. Oh so tired. I’ve been around in fandom for a long time and we’re still having the same arguments about queerbaiting, even in a media world that has drastically changed since the days since we had to look for crumbs to find any sort of representation. Whereas queerbaiting used to be a real, if limited, problem in fandom, now it’s become a catchall accusation against creators when stories and ships don’t go the way fans want and I’m so tired of it.

But what’s worse is that the queerbait burden has shifted from creators squeezing homoerotic subtext into their shows to fans convincing other fans of the fact that shows have secret narratives. The amount of fans who believe conspiracies exist that are either keeping their ships off the air or sending hidden messages that something is going to happen is kind of troubling. This is another kind of “post-truth” worldview. It’s a dangerous fandom path and I have to warn against it.

I want to be clear, there is nothing wrong with shipping. I am a shipper. There are few things more fun in fandom than shipping and all the feels, fic and fluff that comes with it … but there also nothing quite as exhausting as watching fandoms eat themselves alive because all they care about is whether a ship is canon or could become canon. And there’s a big difference between enjoying a possible couple on screen and loving what the show gives you and building off it, and the idea that these people must be together or the show has betrayed you. That’s where bullying creators and accusations of queerbaiting often come in—and nowadays, they’re often unfounded.

Some of you may be asking: what is queerbaiting? Well, my sweet summer child, “queerbaiting” is a term that came from fandom and media criticism that refers to the practice of creators inserting queer subtext in a show without the intention of paying it off. It can also refer to creators or actors playing into the idea of a ship—but that ship never goes canon.

Already you can probably tell what a tricky idea this is. Accusing a creator of queerbaiting assumes a lot of things, most importantly, that you know what they were thinking and intending with their art. And it’s also a practice that’s changed and evolved over many years, and it relies a lot on what the powers that be and the fans find acceptable at the time.

Let’s look at examples. The most iconic couple that wasn’t a couple, for queer audiences, is Xena and Gabrielle on Xena: Warrior Princess. Every queer woman who watched that show, and many non-queer people, saw the subtext that the two might be a couple—and the show leaned into it as hard as they could. Actors talked about it. They got married in another life. It was a thing. 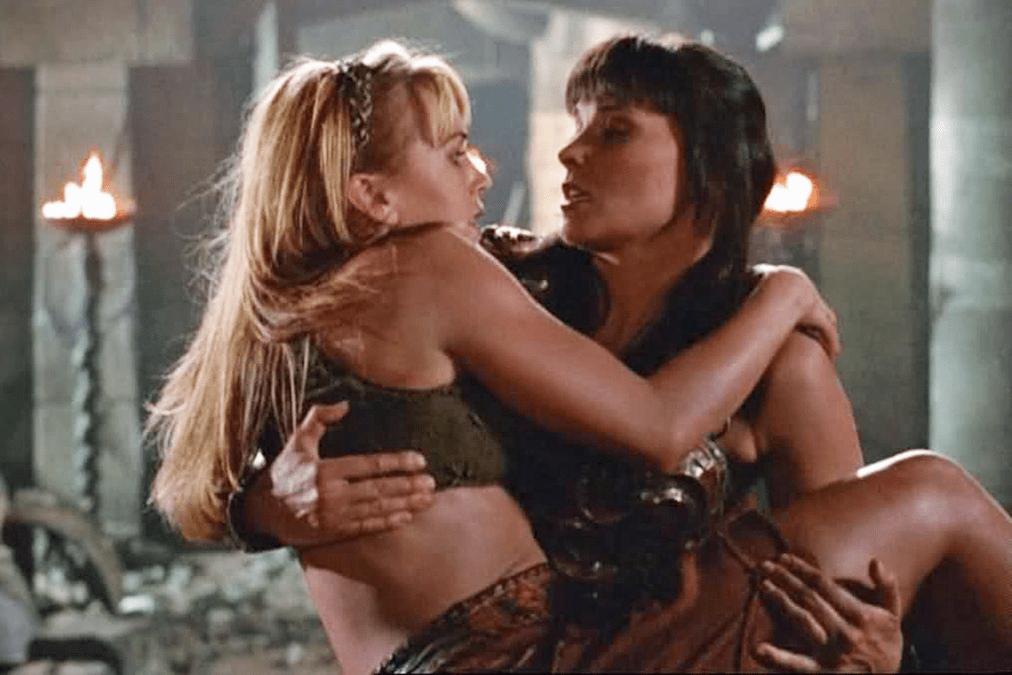 But you don’t see fandoms accusing Xena of queerbaiting. There’s an understanding that this, and many other iconic slash couples, were the most that was allowed at the time. The blame there is on society, not the creators.

Fast forward to the 2010s and the age of tumblr. Tumblr at the height of its power in the early years of the last decade was all slash all the time and very little of it was canon. From Merlin and Teen Wolf to Sherlock and Supernatural, the slash ships that ruled the roost had a lot in common: they were white, male and would never happen on screen.

And that’s where the term queerbaiting was born. Fans felt that the very obvious homoerotic subtext of these shows wasn’t just jokes, and couldn’t be explained by mere platonic affection. The fact that writers were writing these things and actors talked about it and sometimes even the marketing played into it … it made them feel like the powers that be were doing something bad and cruel, baiting them with queerness that would never be there.

The prevalence of “meta” analysis on tumblr didn’t help this. Now, some meta is great. It would make any high school English teacher happy to see how well people are analyzing symbolism and color and structure when it comes to these shows and ships. But just because you can see a piggy bank in the clouds doesn’t mean there’s money in your bank account. Interpretation doesn’t mean intention.

That’s why calling something queerbaiting is so fraught. We can never know what an actor or writer intended completely, but for all we know, these creators were coming from a Xena mentality, based in a world where subtext was all that was allowed, and for many of the shows painted with the queerbaiting brush, this was true. But more importantly, some of the “subtext” that fans rely on to make these points was not consciously inserted. 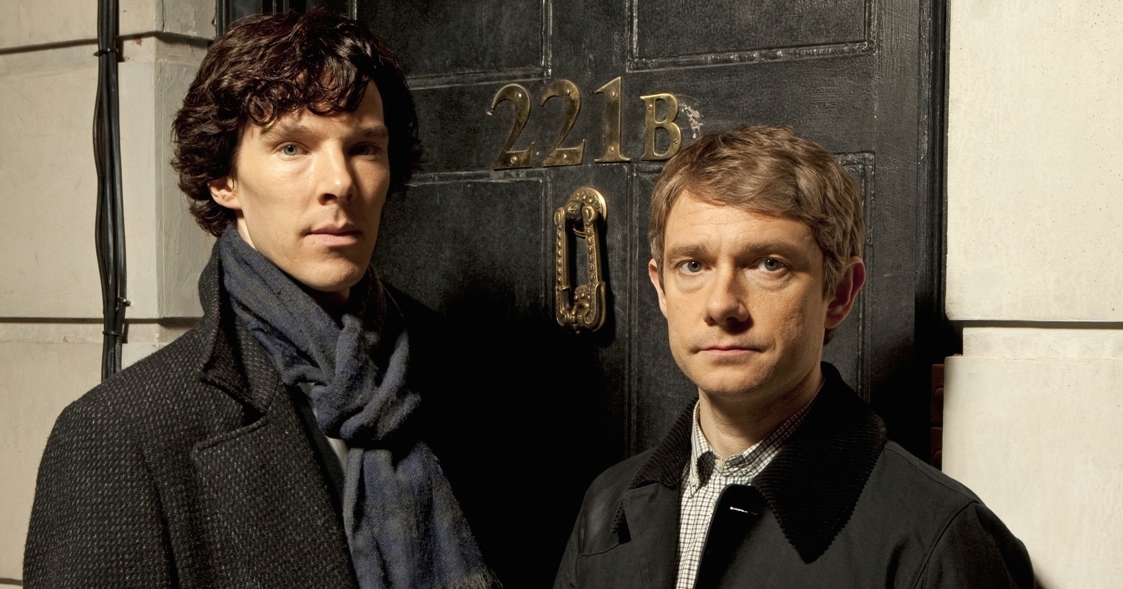 But people love their ships and they wanted to believe in them—and when people want to believe in a thing or a person, they’ll often believe anything that supports it. This is where fandom conspiracy theories take root, like The Johnlock Conspiracy. The idea that there are literal secret massages in every aspect of a show that supports a ship and mean not just that it could be canon but that it will be canon—that’s where fandoms get just as bad as any other group that believes everything that doesn’t support their ship is fake news.

The Johnlock Conspiracy was perhaps the worst example of a fandom queerbating themselves. Meta writers and their followers didn’t just find support for their ship, they found a promise the show wasn’t making and they sold that to followers. And they ended up very disappointed.

Johnlock didn’t go canon, but there are still people that believe it will. And maybe if Sherlock was made nowadays, it could be—because the old queerbaiting rules no longer apply.

The world has changed and so too has queerbaiting. In just a few years we’ve gone from a media landscape where actual queer stories are few and far between to one where there’s a veritable cavalcade of queer characters and relationships and it’s great. Ships that would have once remained subtextual like Queliot on The Magicians and Malec on Shadowhunters were canon. These ships run because the “queerbait” ships walked.

This brave new world has separated the wheat from the chaff as it were when it comes to the ol’ queerbait, which brings us to the final example here and the one that concerns me the most as I look at an active, and angry fandom: Supernatural‘s Destiel.

Now. I love this ship. I think it’s great and in the past, there were definite elements of “queerbait” with the writers and actors throwing in jokes about the two as a couple and inserting things that had a very serious “take this however you want” vibe. Any show that runs 15 years becomes dated in some ways, and the way it handles the sexuality of its leads might be one of those ways, who’s to say. These guys love each other, that’s unquestionable, and it’s enough for most fans. But as the series winds down into its final episodes, I’ve seen the term queerbaiting thrown around in a different way. Fans are now saying that everything about the show, from the wallpaper to other couples and the entire structure of the story is pointing to the fact that Dean and Castiel aren’t just best friends, but that they should and will be canonically romantic by the end of the series. Anything else is a betrayal of decades of hints and secret story. When fans use meta like this, they aren’t shaping the story as their own they’re selling a different version of the story to others with a promise that it will pay off. And that’s the real queerbaiting.

Again, I’m not saying subtext isn’t there, or that fans are wrong to see it. What I’m saying is that fans shouldn’t sell their analysis as a promise of something that will happen and those same fans shouldn’t accuse people of queerbaiting because of how some people interpret their art.

Fans dress this up in calls for representation and accusations against networks, actors, writers, and producers, all of them inaccurate. Hell, I myself have been accused of queerbaiting because I’ve reported on this show to say that Dean and Cas will have meaningful scenes together. Because fans, in a very Trumpian way, refuse to see reporting (or the show or anything) in a way that doesn’t support their idea that this ship will be canon … and therefore everyone is a queerbaiter.

Even in cases where queer couples are canon on a show (like Supernatural or Supergirl or The Magicians) they aren’t the right couples or the couple should always be together and happy and anything else is a queerbait. In that case, fans are just bullying and calling names because their specific ship isn’t canon and that’s unacceptable. Again: No.

This isn’t just a problem in the Supernatural fandom. It’s an issue all over, from Voltron to She-Ra. I can’t even begin to get into the real harm and risk this kind of thinking and behavior causes when the ships in question are real people, but that’s a problem too. Fandom is great hobby and pursuit, but it shouldn’t alter your sense of reality.

Shipping should be fun. It’s about transformation and subversion and just loving the idea of two people being in love. A good ship doesn’t need canon because what happens in the “real” story is far less important than what happens in the story as it matters to you. But people put their identities and self-worth into fandom and in doing so they rely on the outside validation of someone else saying “this is real.” It can’t be that way. You have to do that yourself or you’ll never be satisfied.

And you certainly shouldn’t rely on strangers on the internet to tell you what the writers of a TV show mean or intend because you’ll inevitably be disappointed.