Things We Saw Today: Here’s When All The Shows We Love Will Leave Us

Get your tissues ready 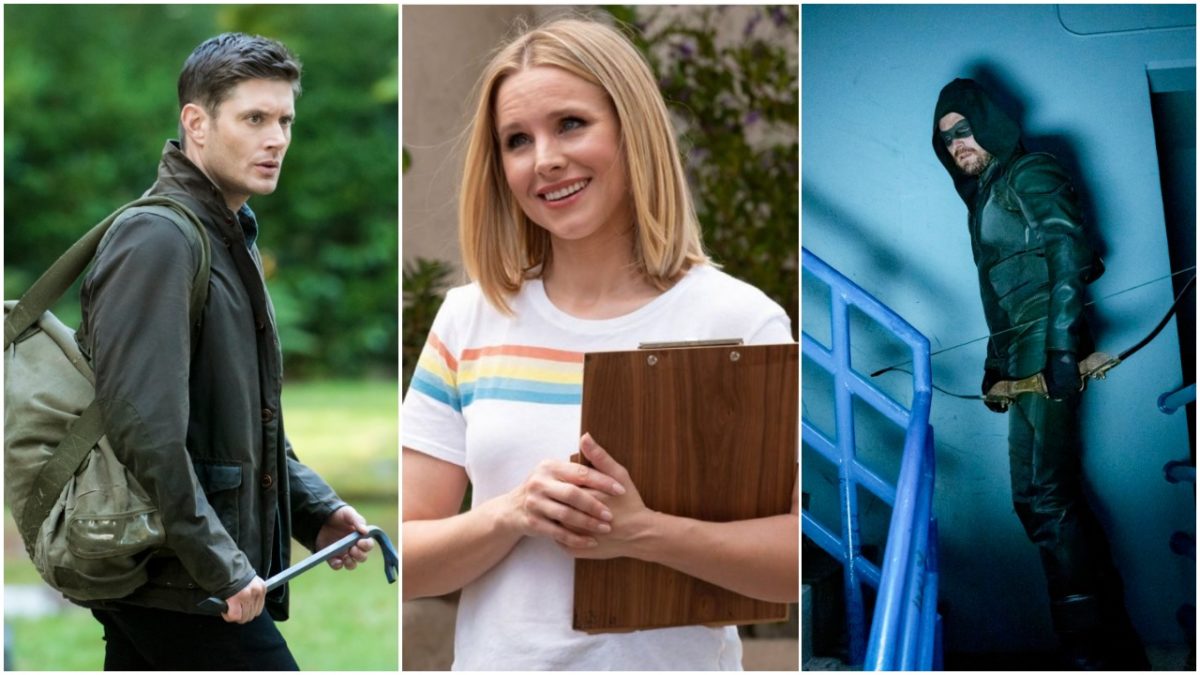 Everything we love in the TV universe is leaving us next year, or so it seems. The first half of 2020 will be lousy with major series finales and now when know when at least some of them are going to happen, as well as season and series premiere dates for a whole bunch of new stuff.

The biggest news for our tear ducts? Arrow and The Good Place will air their series finales two days apart, on Tuesday January 28th and Thursday January 30th respectively. Both series enders are getting special treatment as well. Arrow‘s finale will be preceded by a one hour retrospective and The Good Place finale will be a super-sized 90 minutes and include aftershow with Seth Meyers with the entire cast.

Elsewhere on the peacock there are some exciting returns in sight. Manifest returns Monday, January 6, following the season two premiere of America’s Got Talent: The Champions.  Good Girls  is back Sunday, February 16. And, most exciting, Brooklyn Nine-Nine returns to take over The Good Place‘s place on Thursday, February 6th.

Back over on The CW, we also know when Supernatural will take it’s final bow: Monday, May 18th. Yes, Monday. The show will be moving to the new night for the end of it’s run starting March 16 where it will be followed by the new season Roswell, New Mexico. Supernatural will be replaced on Thursdays at 8 starting February 6th by Riverdale Spin-off Katy Keene.

And there’s some other great news: After too long a wait, DC’s Legends of Tomorrow will return on Tuesday, January 21 for it’s official fifth season opener, although we will see the Legends and the show will have an hour in the Crisis on Infinite Earths mega crossover which starts in December.

Just thinking about the ends of all these amazing shows (not to mention bows for Schitt’s Creek, The 100 and Lucifer which haven’t been scheduled) has us a bit misty eyed already, but at least we know there’s an Arrow spin-off on the horizon.

Here’s what else we saw around the ol’ net today:

That’s it for us, Mary Suvians. What did you see today?