Is there a universe where both this movie and Firefly season two exist? 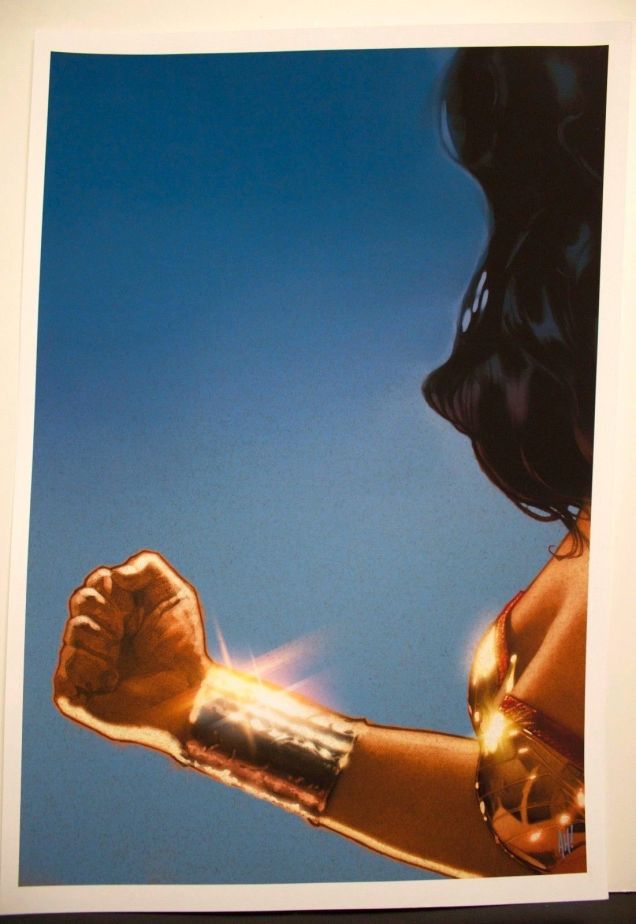 Of all the cancelled projects in the world, there’s no doubt the one I’m most upset we’ll never see is Joss Whedon’s Wonder Woman. Morena Baccarin kicking serious butt in the classic outfit and probably something to do with psychologically-damaged ballerinas? I’m so in. Though we’ll tragically never get to see what Whedon would have done with the property, we can see its solitary piece of promo art.

Adam Hughes designed this poster for San Diego Comic-Con back in 2005, art that was meant to serve as promotional material for the DC film which would never be. The original pencil sketch and print are now available on eBay as part of a charity auction to benefit Clydene Nee, an organizer of SDCC’s artist alley who is currently battling kidney failure. Luckily, even if you don’t have a few grand sitting around for charity/awesome art, we can still gaze upon its majesty. Just imagine Morena in those cuffs. If only.

Whedon has said that his vision for the project saw Wonder Woman “a little bit like Angelina Jolie.”

She sort of traveled the world. She was very powerful and very naïve about people, and the fact that she was a goddess was how I eventually found my in to her humanity and vulnerability, because she would look at us and the way we kill each other and the way we let people starve and the way the world is run and she’d just be like, None of this makes sense to me. I can’t cope with it, I can’t understand, people are insane. And ultimately her romance with Steve was about him getting her to see what it’s like not to be a goddess, what it’s like when you are weak, when you do have all these forces controlling you and there’s nothing you can do about it. That was the sort of central concept of the thing. Him teaching her humanity and her saying, OK, great, but we can still do better.

Well. At least we have this awesome Adam Hughes sketch to remember it by. 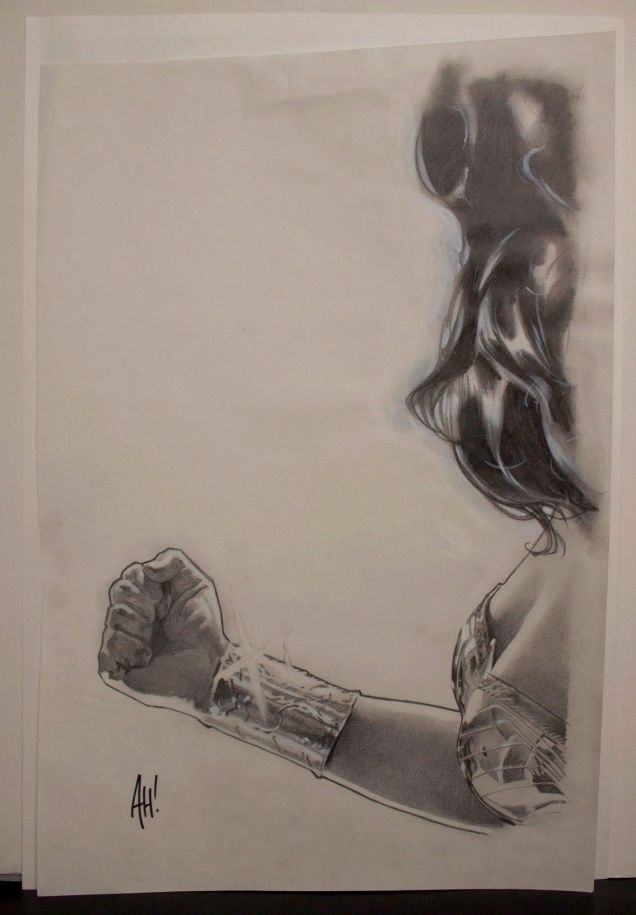 According to Adam Hughes himself,

@TheMarySue @josswhedon Actually the art was drawn for the press release about the film, not SDCC. :-)

So there you have it!