What Exactly Is Wrong With a "Mary Sue" Character? | The Mary Sue

What Exactly Is Wrong With a “Mary Sue” Character? 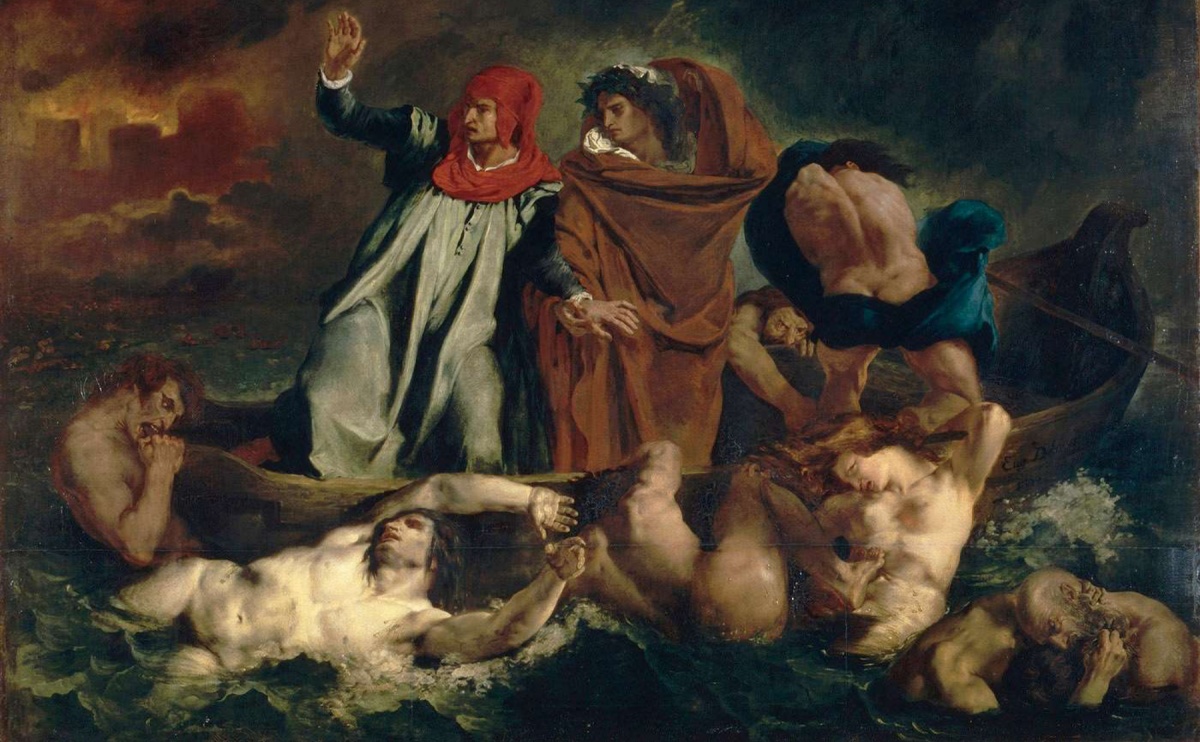 Since the term “Mary Sue” is trending again due to foolish backlash against Arya Stark (y’all should have never believed in Jon Snow anyway) on HBO’s Game of Thrones, let’s talk about what the big deal is about self-inserts, how it connects to the term “Mary Sue,” and the internalized sexism that brings it all together.

Ah, the self-insert character, defined as a literary device in which a fictional character represents the author of the piece and is usually an idealized character within the fiction, either overtly or in disguise. Within the world of fanfiction, that character, when it appears, is usually considered an OC (original character) and exists for purposes ranging from romance to spiritual exploration.

In the beginning, there was Dante. While Dante probably isn’t the first writer to use a self-insert, he is one of the greatest, and in the Divine Comedy, he perfects the use of the self-insert character by crafting a version of himself being delivered into ultimate salvation during his tour through Hell and Purgatory, guided by his favorite author (Virgil), and Paradise, guided by the dead woman he was obsessed with his whole life (Beatrice).

In addition to being religious fanfiction, a lot of the Divine Comedy is a series of callouts aimed at political figures, present and historical, that Dante didn’t like.

Classical literature is filled with characters who are inserted to be idealized versions of the author’s perfect protagonist. They may not look exactly like the author, but they encompass all their core values and are often the bestest of all time at fighting and/or other skills, but just have one tragic flaw that keeps them from being too cool.

They only seem to get called out for it when they’re women, thanks to the term “Mary Sue.”

The proliferation of fanfiction brought in a new era of self-insert storytelling where writers would craft a character who would seamlessly fit into a pre-established world and quickly outshine the lead or romance the bad-boy, which led to the creation of our namesake, the Mary Sue. For those who may not know, the term comes from a character from a Star Trek fic (the origin point of most things fandom). Lieutenant Mary Sue was a character in a parody fic who was made to represent all unrealistic characters in Trek fanfiction.

Paula Smith wrote the fic, and in an interview with MediaWest*Con 30 in 2010, she explained the landscape of the zine fiction she was seeing that led to the parody.

“It all goes back to the early  1970s, when Star Trek fandom was just breaking away from mainstream science fiction fandom. […] you could see that every Trek zine at the time had a main story about this adolescent girl who is the youngest yeoman or lieutenant or captain ever in Starfleet. She makes her way onto the Enterprise and the entire crew falls in love with her. They then have adventures, but the remarkable thing was that all the adventures circled around this character. Everybody else in the universe bowed down in front of her. Also, she usually had some unique physical identifier—odd-colored eyes or hair—or else she was half-Vulcan. The stories read like they were written about half an hour before the zine was printed; they were generally not very good.”

Now, at this time in Star Trek, there were only two full-time main female characters on the show through its entire run: Lieutenant Uhura (Nichelle Nichols) and Christine Chapel (Majel Barrett), although Janice Rand was there for the first season. Uhura didn’t get to do much in the original series, and despite her big kiss with Kirk being important for representation reasons, she was pretty much never given any romantic standing. Christine Chapel ended up being a love interest for Spock, and most of the women who came into the series at the point were young, attractive women who were there to be blips in Kirk’s sexual life.

It isn’t surprising to me that women who were into the series would have wanted a young, smart, hot woman to come in and be better than the boys and also get the guys instead. It is wish fulfillment, because when you aren’t seeing women in roles that compel you, you make them yourself. That doesn’t make them good, but the intent isn’t harmful; it’s fun.

Yet, what it looks like to many is this swarm of too perfect, too talented, too attractive women being written by teenage girls who just want to express their intimate fantasies with their fandom.

And even if that were the case … who cares? Good fanfiction is important, and there is a skill to building an original character who fits into the pre-established world, really. Yet, there are writers who don’t want to do that. They want to write their sexy red-haired 19-year-old space Captain. It doesn’t mean we excuse bad writing or prop it up as inherently anything, but it’s just an expression of someone’s joy about their fandom and a desire to be in it.

Now, there is the question of what happens when an author writes a main character who is too good, too perfect, too talented, and unbeatable when it counts. Well we call that … a shōnen protagonist.

But in all seriousness, it all comes down to writing. When you like a character, you excuse the fact that they are ridiculously overpowered, because most leading characters are either OP when they start, or on the journey to being OP. If a character is poorly written, the author hasn’t set up compelling enough stakes, or you just don’t like them and want your fav to win, it’s easy to just put all of their “earned” accomplishments in the trash and call them a Mary Sue—especially when they are women.

In Avatar: The Last Airbender, I remember, at a certain point, that I stopped liking the character of Katara. I was annoyed at how good she got at waterbending so fast, and the fact that characters like Toph were sidelined. That she became a master waterbender in one year was something that irked me, not because Katara wasn’t a solid character, but because I just didn’t care about her and took to calling her a Mary Sue.

As a teenage girl, I latched onto calling out characters and constantly being on the lookout for Mary Sues in fiction, because I didn’t want to be like other teenage girls, even though I 100% was. I wanted to create OCs that hung out with my favorite characters. I wanted to tame Draco Malfoy, and as an adult, even in poorly written stories, I understand the desire of writers to write heroes who embody the best and worse parts of themselves. But as many young women who grew up disliking Twilight, the sexism around those conversations seeped into me, and I was determined not to be “one of those.”

It’s a twisted mentality, because as last week’s episode of Game of Thrones taught us, you can have a female character who has been a trained warrior for seasons kill a big bad and still get called a Mary Sue. Meanwhile, the male character Jon Snow, who looks like a younger, idealized version of the author, happens to be a lost heir, has been brought back from the dead, and is a leader loved by his people … is somehow just a standard, believable hero.

One of the reasons A Song of Ice and Fire and Game of Thrones are so popular is because the story doesn’t only lean on tropes but subverts them. Having Arya defeat the bad guy subverts so many expectations, the same way Ned Stark getting his head chopped off did.

I’m not going to say we should give badly written women a pass; I’m saying we should give them the same grace we give male protagonists and really ask ourselves why we are so quick to dismiss the abilities of a woman while praising a man in the same breath.