Now we can all be full time Internets! 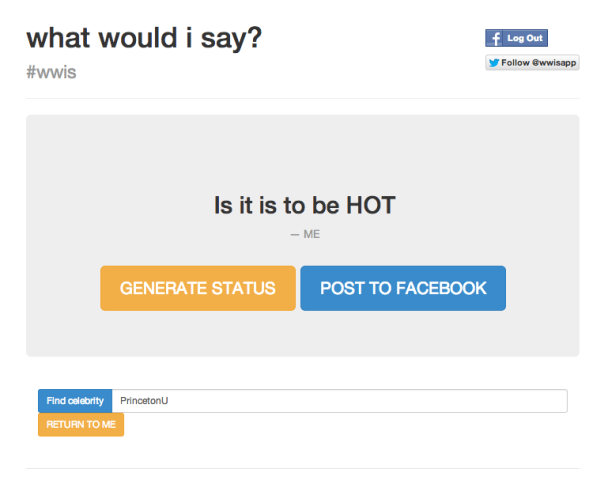 People on the Internet can’t get enough of weird bot-created jumbles of text. Since the death of @horse_ebooks, though, we’ve all been pretty suspicious of the new bots trying to take its place. The latest Facebook fad, “What Would I Say,” manages to satisfy our craving for ridiculous swaths of surrealism — and all by using our own status updates.

According to the site, which was built by a team of techies from Princeton University, the app automatically generates Facebook posts that “sound like you” because “it trains a Markov Bot based on mixture model of bigram and unigram probabilities derived from your past post history.” It’s a bit similar to That Can Be My Next Tweet, but the algorithm appears to work much more smoothly. (There’s also a much faster load time, it seems.) And unlike Facebook proper, they claim not to store your personal information anywhere, because Princeton didn’t see fit to give them any computers that are capable of database storage.

Naturally, we tried it out for ourselves. The results were pretty stupendous. 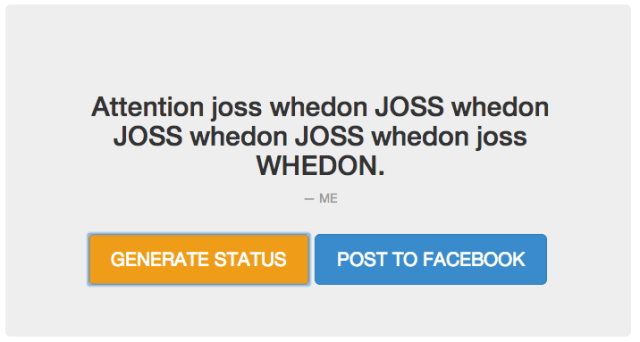 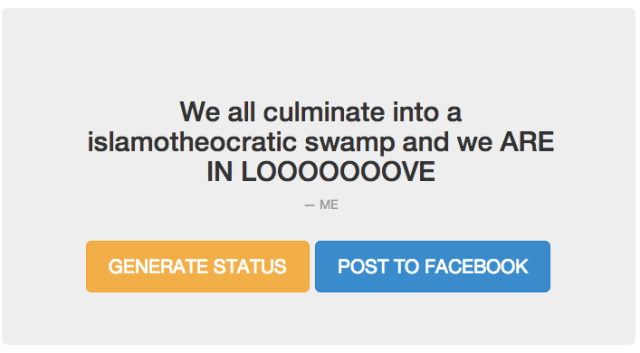 Of course, they weren’t all this perfect, but we were pretty impressed by the sheer level of statuses that followed a readable grammatical pattern. You know, for the most part.

(via What Would I Say)