What Topic Could You Give a TED Talk On With Zero Preparation? 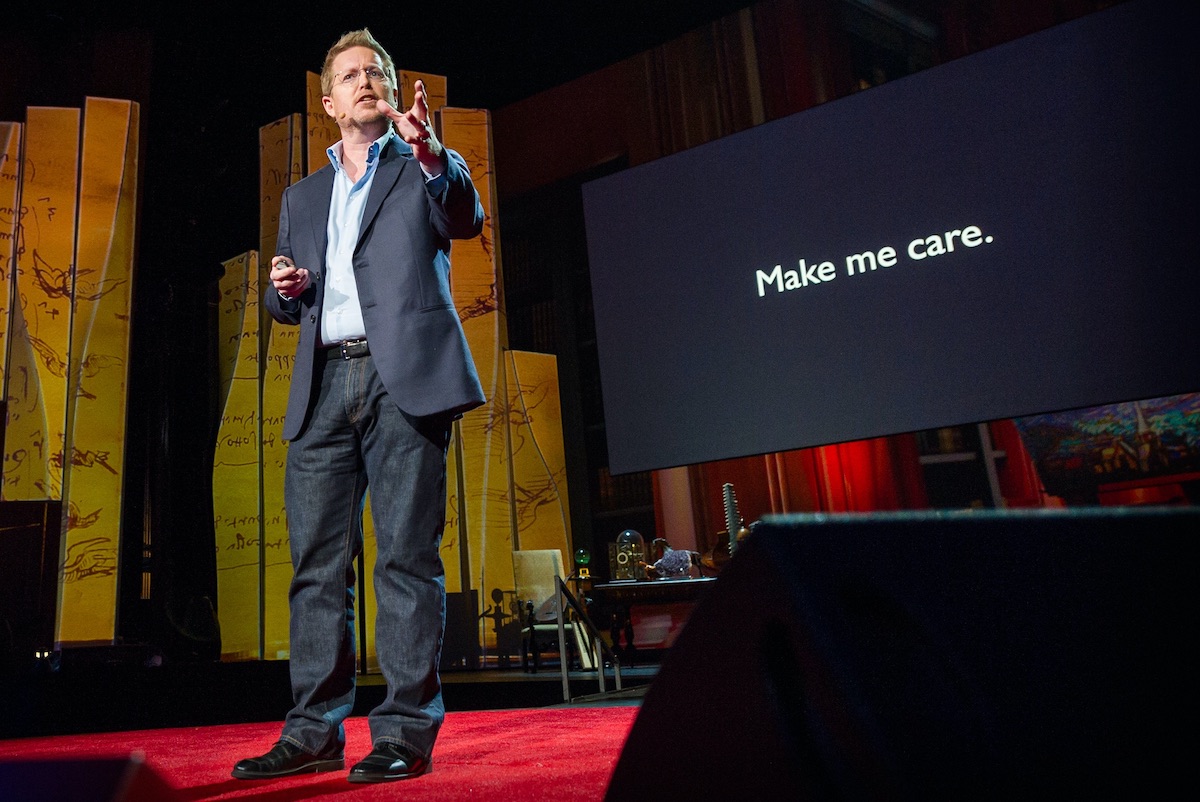 This is one of my favorite questions to ask people: if you were tossed up onto a stage with the world watching—stay with me here, it could happen—what topic can you talk about with no preparation? What hyper-specific area of interest do you stand ready to expound upon at length? With what pearls of hard-won wisdom would you regale us?

TED technically stands for Technology, Entertainment, Design, but over the years the famous conference and stage for experts to showcase their knowledge has run a wide gamut beyond those parameters. Right now, the most recent Talks featured range from narrowed areas of expertise like, “A NASA astronaut’s lessons on fear, confidence and preparing for spaceflight,” to “Can we learn to talk to sperm whales?” to “Ugly History: The Spanish Inquisition.”

As for me, if I ascended that stage but forgot to do any prep in advance, my go-to ready TED Talk would probably be “How the idea of talking to the dead gave voiceless women a voice.” Spiritualism, which centers around “communication” with spirits, burst onto the American scene in 1848. Interest in its practices hugely accelerated after the Civil War, when a grieving nation wanted to believe that it was possible to easily contact those that they had lost.

Concurrent with the popularity of this strange new belief system was the rise of technology, particularly the telegraph’s invention in 1844. It had once been a magical, improbable dream that you could immediately send information from, say, New York City to Boston. Yet if telegraphs now existed, some folks reasoned, maybe we had also discovered the means to use machines, devices, and people with spiritual connections to send and receive messages from the afterlife.

But the main element that hooked my interest in the history of Spiritualism, and has made it an ongoing pet research project, is that it was a largely female-dominated movement. At the time, there were almost no opportunities for women in America to act as religious leaders, but with Spiritualism, suddenly they could command the interest of the whole country and fill up every town hall and theater where they appeared. Some spiritualists gained attention and entry into echelons of society that would have otherwise been entirely closed to their gender, race, or class.

Of course, many practitioners were fraudulent and would eventually admit to active hoaxes, but others passionately believed in their own abilities and the subsequent social fires they lit. There’s no modern equivalent to the way Spiritualism gripped and changed the mainstream in this country, but it would be like those who claim to be psychics and mediums today also acting as revolutionary and progressive firebrands who constantly dominated U.S. headlines.

It’s long struck me that these Victorian-era women, in voicing their own thoughts, were often disdained, but once they claimed they were receiving that message from the ghost of Plato or Socrates, they were listened to with bated breath by the captains of industry. Anyway, this would be my TED Talk. As evidenced here, I can ramble unprompted!

The Mary Sue’s writing staff had some widely varied answers when I posed this TED Talk question to them. Rachel Leishman’s talk would be on “The importance of Robert Downey Jr.’s music career.” Briana Lawrence’s would cover “Why fanfiction isn’t a lesser form of writing.” Lyra Hale’s would be “Why I don’t trust characters with slicked-back hair.” Vivian Kane responded, “Remember when Matt Gaetz tweeted that ‘highways aren’t racist’? I could talk for 20+ minutes about how highways are racist (and also sexist).” And Dan Van Winkle answered, “Why Smash Bros. Melee is the best game in the series.”

Now I’d love to hear from you. What topic do you hold a lot of information (maybe a bit too much information) and strong opinions about? What would your TED Talk entail? Let us know in the comments. (And feel free to tell us all about it.)

(image: TED Talk with filmmaker Andrew Stanton, “The clues to a great story”/screengrab)