On Sofia Coppola and The Beguiled: What “Supporting Female Filmmakers” Really Means 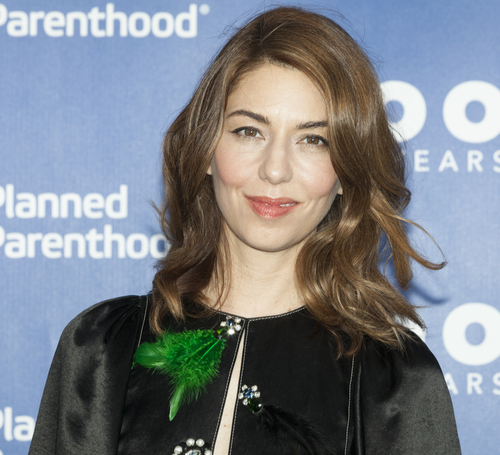 There’s been a lot of discussion surrounding Sofia Coppola’s star-studded novel adaptation, The Beguiled, which comes out Friday. One of the larger topics of discussion is how, despite slavery being addressed in the original source material—complete with a black female character named Hallie—Coppola’s film addresses none of it, instead erasing that character and choosing instead to stick with what’s familiar: white, Southern femininity.

We’ve definitely written about it here at The Mary Sue. In fact, the folks at Birth.Movies.Death took notice when our own Vivian Kane wrote this piece about Coppola’s comments regarding the Bechdel-Wallace test.

According to BMD, “The Mary Sue even goes as far as to smarmily note that it’s “not surprising” Coppola didn’t know what the test is** “even if she wasn’t born into her career”; a glib attempt to invalidate her rather obvious skillset as a filmmaker. Now, not only is Coppola’s movie—which revolves around a group of women finding themselves falling victim to the wiles of a lecherous man—erasing black history from its storyline, it also isn’t feminist enough for certain viewers. To call these assertions unfair seems like an understatement.”

I would love to thank this male writer for telling our female writer that she was being “smarmy” by remarking on a female filmmaker’s privilege, a remark that is not inaccurate. I’m sure that Coppola acknowledges the role that being her father’s daughter played in her career. I’m also sure that both Coppola and we here at TMS are capable of seeing enough nuance in these discussions to be able to separate privilege from talent. No one is saying that Coppola isn’t a talented, competent filmmaker. Of course she is. That doesn’t make her privileges go away. They are inextricable.

Much the way slavery is inextricable from any tale of Southern Belles.

The BMD piece is titled “Support Female Filmmakers (As Long As They “Behave”),” and is basically one long concern troll about how horrible it is when female filmmakers are held accountable for their choices, artistically or otherwise. The piece then over-simplifies the fervent response to Wonder Woman, saying that the only reason why we like it so much is because it provides us with “palatable,” “safe” feminism.

As if there wasn’t plenty of criticism of Wonder Woman about everything from it being a “white feminist” film, to  whether or not its lead actress counts as a woman of color as an Israeli Ashkenazi Jew. I guess this writer missed all of that?

Rather than look at each criticism on a case-by-case basis, the way one might do if one wanted to treat film criticism with nuance, the BMD piece is determined to categorize any and all criticism of Coppola as “gotcha” criticism.

Now, here’s the thing: there is plenty of that on the Internet. There are plenty of people who are all too willing to jump on the merest whiff of “wrongdoing” (often without enough context) to feel self-righteous. However, there’s a difference between that, and asking legitimate questions, and it seems that the biggest, trendiest “gotcha” of all is complaining about “gotcha” criticism.

That thing when you read a piece telling women critics and writers how to behave under the “woke” guise of protecting women filmmakers… pic.twitter.com/0CPnoqypZb

The BMD piece brings up Iranian filmmaker Ana Lily Amirpour, who recently drew criticism when she dismissed a black woman’s concerns about the representation of the black characters in her film The Bad Batch at a Q&A. Now, I’m a writer of color, and I love seeing creators of color succeed, particularly when they’re women. That said, Amirpour has a long track record beyond this film of questionable, racist behavior and comments re: black people, from dressing up as Li’l Wayne (complete with blackface), to this most recent, callous dismissal.

Amirpour being a woman of color doesn’t make her exempt from criticism when it comes to groups of which she is not a part. Yes, she’s a woman of color. But she is not a black woman. I’m Latina. That doesn’t mean I get to say the n-word or wear yellowface. And that is a valid thing to acknowledge when talking about intersectional feminism.

It’s valid, too, when discussing female filmmakers. Yes, women should all be on the same team and support each other, but if someone on the team is, knowingly or unknowingly, doing things that harm other members of the team, they need to be told.

The BMD piece talks about Coppola as if she needs “protection.” She is an intelligent, capable woman who can speak for herself and her choices and, in fact, has. As a filmmaker, she should (and likely is) prepared for a certain level of dialogue with the viewing audience, because creating art is all about entering into a dialogue between artist and art enthusiast. Art is a two-way street, and Coppola doesn’t need anyone “sticking up” for her. She’ll be fine.

There’s something to the idea Coppola expressed when she said, “I didn’t want to brush over such an important topic in a light way. Young girls watch my films and this was not the depiction of an African-American character I would want to show them.”

“I feel like you can’t show everyone’s perspective in a story. I was really focused on just this one group of women who were really isolated and weren’t prepared. A lot of slaves had left at that time, so they were really—that emphasized that they were cut off from the world. [Hallie’s] story’s a really interesting story, but it’s a whole other story, so I was really focused on these women.”

That is a perfectly reasonable, thoughtful answer. It’s also one with which critics are free to take issue, pointing out (for next time, as The Beguiled is already done) that there are ways to think about these things differently so that, perhaps, she would feel more equipped or comfortable being inclusive in this way.

We here at TMS are never interested in taking a female artist down just for the sake of it. Whenever we criticize a woman in the public eye, for her words or her work, it is because we believe that if one has earned a platform from where they have the privilege of disseminating ideas, they have a responsibility to those on the receiving end. What they choose to do with that responsibility is, of course, up to them.