What Shakespeare Left Out | The Mary Sue

What Shakespeare Left Out 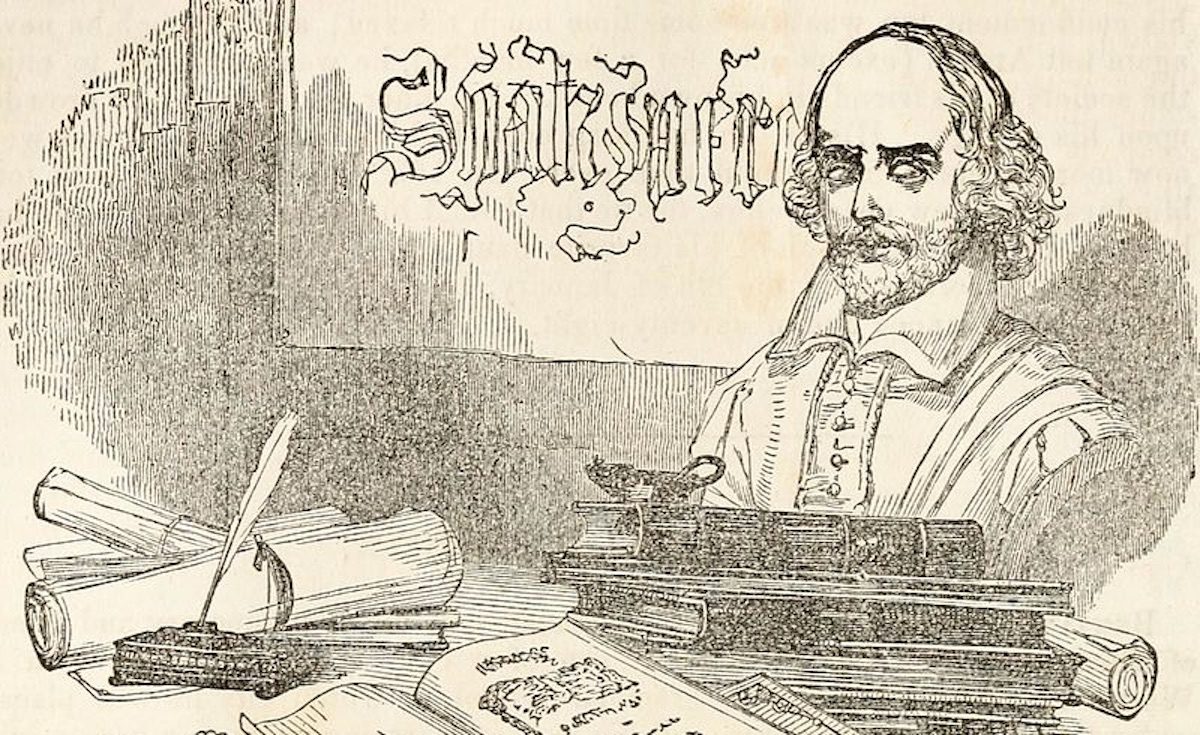 I’ve got a lot of love for Shakespeare: as a theater nerd and a bookish kid, I discovered the pleasures of his poems and plays young, and once showed up to an eighth-grade “literary hero” day as Lady Macbeth, complete with bloody spot on my palm. (You may be reassured to hear I’ve found healthier role models since then.)

But if you, like me, are an avid lover of the Bard, you might have noticed some glaring omissions in his texts. Some of these lacks may come from writing mostly for the stage: Shakespeare missed out on what’s usually regarded as the first English novel, Robinson Crusoe, by a mere hundred years, and the fascination with what he might have done with the novella or novel is undoubtedly part of why so many authors have penned their own stories in the extended Shakespearean universe.

With a pressing need to stay out of prison and attract a paying audience, Shakespeare stuck fairly close to the status quo, reinforcing certain concepts of social order and gender relations that almost always win out of the close of his plays. Though his oeuvre explores the depths and heights of human existence, here are a few of the major elements curiously absent from the canon of one of the world’s greatest writers.

One of the biggest developments in recent Shakespeare scholarship has been the discovery of an unpublished manuscript that may have directly contributed to some of the playwright’s greatest works, including King Lear, Macbeth, and Henry VI. A Brief Discourse on Rebels and Rebellions, written by George North in 1576, lays out the pitfalls of rebellion and makes a strong case against the very concept.

While Shakespeare paints a more complex portrait of rebellion, implying in some cases it may be a necessary evil for long-term good, his rebels and rabble-rousers are always ethically compromised if not straight-out villainous. Would-be usurpers and underminers like Iago, Claudius, and Macbeth meet bloody, bitter ends, and the murder of Julius Caesar doesn’t end up particularly well for anyone, resulting in civil war and Marc Antony, still Caesar’s ally, coming out on top.

Shakespeare had contemporary political reasons for glorifying certain notions of royalty: after all, James I was his patron. Macbeth was in part a gift glorifying the monarch and his ordained rule, since Banquo was said to be James’ ancestor, making the witches’ prophecy that he would “get kings, though thou be none” a destiny already fulfilled. The history plays also enshrine the rightful place of the Tudor line, taking immense historical liberties in order to turn Richard III, the last king of the House of York, into a monstrous caricature. Always the plays end in the restoration of the Elizabethan world order, with unity triumphing over chaos. Rebellion doesn’t pay, and kings divinely reign.

Independent women (who stay that way)

If things go poorly for men who seek to upend the social order, the outlook is even grimmer for women who push back against the establishment. There’s of course an entire Shakespeare play built around “taming” an unruly, outspoken woman, and countless passages commenting on the various ways women should behave and their unfortunate foibles. The sharp-tongued Beatrice repents of her “maiden pride” in Much Ado About Nothing when she realizes her quick wit has apparently turned off Benedick. (She also talks in pretty gross terms better reserved for the barnyard, declaring of Benedick, “I will requite thee/Taming my wild heart to thy loving hand.”)

When women get involved in politics, things get even messier. Lady Macbeth commits suicide, as does Cleopatra; Cordelia is hanged; Goneril and Regan destroy each other. Willfulness in love, too, can damn a woman: Juliet dies for it, and Desdemona ends up strangled. In the relatively carefree comedies, all the adventuresome women still get married off, the standard happy ending for Renaissance fare but a disappointing one when you consider the far more exciting lives Rosalind and Viola (or for that matter Portia, whose star turn as a wise lawyer’s apprentice in The Merchant of Venice made me wonder why she didn’t just stay in the garb) could have led.

There are a score of notably absent mothers in Shakespeare’s work. Katherine and Bianca are without a maternal caretaker; so are Miranda, Jessica, Desdemona, and the Lear sisters. In Much Ado About Nothing, an early stage direction references Immogen, Hero’s mother, yet she never speaks, and is never mentioned again. And As You Like It lacks a single mother, despite all the offspring and fathers running around.

When mothers do appear, they tend to be insignificant or utterly villainous. There’s Tamora in Titus Andronicus, who commands the execution of abominable acts of rape and torture; Gertrude, betrayer of Hamlet’s father and core of his Oedipus complex; and the Queen in Cymbeline, a wicked stepmother who seeks to poison her adopted daughter. Lady Macbeth is of course the great anti-mother, talking of the babe she’s suckled at her breast (a baby to be found nowhere in the play) whose brains she’d eagerly dash out if necessary.

Shakespeare’s characters demonstrate passion, profound feeling, the most poetic passages of flirtation ever set down on the page—and an extreme lack of foresight. Romeo and Juliet end up dead, Jessica renounces her father and her religion for Lorenzo in The Merchant of Venice, Helena tricks Bertram (who is the literal worst anyway) into finally marrying her in All’s Well That Ends Well. Mariana does the same to Angelo in Measure for Measure. And that’s before we get to the even more tragically dysfunctional pairings of the Macbeths, Antony and Cleopatra, Othello and Desdemona, and good ol’ Hamlet and Ophelia.

Even if the downfall isn’t shown on the stage, the foundations of all the unions we witness seem shaky. It appears that pretty much any relationship can be ruined, at least temporarily, by the insinuation of infidelity: Troilus and Cressida fall apart this way, and it leads to the death of Desdemona in Othello and Hermione in The Winter’s Tale. Cymbeline ends with Posthumus Leonatus reuniting happily with Imogen after he realizes she’s alive and never cheated on him, yet he literally instructed her servant to murder her when he thought she was unfaithful. I

It’s also telling that all the love stories involving characters of colors are tragedies: the implication is that chaste white Christian marriages are the only way to go, except in the case of the lovers in A Midsummer Night’s Dream, who presumably get a pass cavorting around before Christianity was a thing.

Basically, The Last 400 Years of Progress

Listen, we can’t blame Will Shakespeare for not having the power of prophecy, and his works are of course notable for their richly detailed portrayals of characters not usually given voice on the Renaissance stage, like Shylock and Othello. But all of these characters meet downfalls that belie their noble speeches, and the clear message is that assimilation into European society is the only route to salvation (and even then, a more pernicious message lingers about whether that salvation is even possible).

Shakespeare also dehumanizes characters like Caliban, who, whatever else might be going on with him, displays both intelligence and eloquence, and mocks the idea that the hapless servant Malvolio would dare to cross class lines and believe Olivia could fall in love with him in Twelfth Night.

Throughout Shakespeare, identity and morality are presented as something inherent, something bone-deep, and there are countless unmaskings in which the “true” character of a person is revealed. This concept reinforces the rationale for oppressive and exclusionary societal structures, and is a hegemonic holdover from Britain’s early empire-building days I’d dearly like to see dismantled.

While many of his words are indelible in the mind, I’d like to see artists treat Shakespeare’s works the way he approached his many source stories, with a sense of play and transformation. We continue to perform these plays again and again, rehearsing and reiterating this language, even though our strict adherence to what’s set down on the page (even if it appears in several versions) is a fairly recent development. New works in the Shakespearean sphere can take the basics of what the Bard gave us and transform those elements into something that better speaks to our world, giving back some of what he left out.

Katharine Duckett is the author of Miranda in Milan and the guest fiction editor for Uncanny Magazine’s Disabled People Destroy Science Fiction issue. She lives in Brooklyn with her wife. Follow her on Twitter @kekduckett.

Katharine will be launching Miranda in Milan on Tuesday, March 26th in conversation with The Mary Sue’s Kaila Hale-Stern at Greenlight Bookstore! Find out more info here.