The live-action Ghost in the Shell film opens this weekend, and so its star, Scarlett Johansson, is making the press rounds to promote it. Normally, I’m a huge fan of Johansson’s, having followed her career since Ghost World. She’s talented, outspoken, and for the most part, I totally dig her. However, in this recent interview with Good Morning America, she says some really frustrating things, and yet another fave is problematic.

In the above interview with GMA’s Michael Strahan, she talks about Ghost in the Shell, feminism, politics, and the Avengers. Avengers talk aside, the rest of the interview reveals some huge blind spots in the actress’ feminist politics.

Regarding the accusations of whitewashing the film has received, particularly with regard to her casting (though there’s also the matter that the film’s writers and director are all white, and that of the five first-billed roles, only one—Aramaki—has gone to an Asian person), Johansson said:

“I think this character is living a very unique experience in that she has a human brain in an entirely machinate body. She’s essentially identity-less. I would never attempt to play a person of a different race, obviously. Hopefully, any question that comes up of my casting will be answered by audiences when they see the film.”

Since when is a person’s identity entirely tied up in their body? Of course, one’s physical appearance and ability is a huge part of who someone is and how they experience the world. However, if your body changes (you lose a limb, you’re severely burned, you get a debilitating illness, etc), you’re still you. You add to your identity, sure, but nothing gets taken away from your identity. You are not, as Johansson puts it, “identity-less” without a body.

In the case of Ghost in the Shell, the character of Major Motoko Kusanagi is a Japanese girl before she becomes a cyborg. So what is she after she becomes a cyborg? A Japanese woman who now has to deal with no longer having a human body. The person she was doesn’t go away, it changes. She doesn’t stop being Japanese, or female, because she’s a cyborg. So, despite what Johansson is trying to rationalize, the fact is that she was cast as a person of a different race.

What’s interesting is that, if you look at the film’s IMDb page, Johansson’s role is simply “Major,” fully erasing the Japanese name. I don’t yet know what her full name will be in the film, or if she’ll even have one, but the very act of erasing a Japanese name that was once there in favor of nothing is the very definition of whitewashing.

You are painting over a name and leaving it white, an empty space where culture used to be. 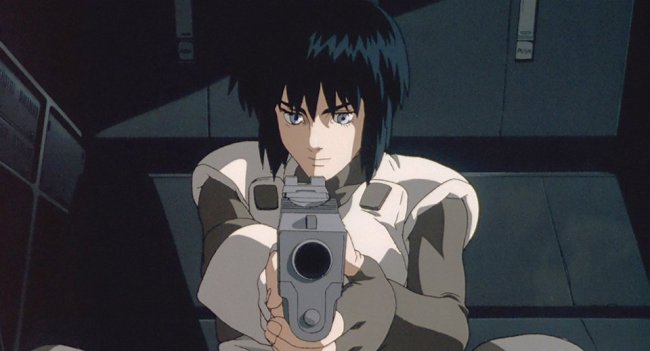 In a previous interview with Marie Claire, Johansson expressed similar thoughts, saying, “I certainly would never presume to play another race of a person. Diversity is important in Hollywood, and I would never want to feel like I was playing a character that was offensive.”

Here’s the thing: if you feel bad, you know that something’s wrong. That’s your conscience’s way of alerting you to the fact that you fucked up. Listen to it. Learn from it. Don’t do that thing again.

And this is not, by any stretch, entirely Johansson’s fault. In fact, here’s where I would say that she is operating under the illusion of choice; the idea that she consciously chose this for “good reasons,” when the truth is that choice was never really hers. It was one of a limited number of options provided by a racist, sexist system.

The choice was with Paramount, Dreamworks, Amblin, Alliance, and Arad Productions, the producing partners who decided that a Japanese story was certainly popular enough and a solid enough investment to adapt, but then for some reason didn’t think that same Japanese story that was already popular in other mediums would sell enough if it had a Japanese lead. It’s not as if they scoured the planet looking for an Asian actress, couldn’t find one, and eventually landed on Johansson. Originally, Margot Robbie was in talks to play Major. The choice was always going to be a white actress. Johansson didn’t choose to do this role, she was chosen, because she is a bankable, white star. 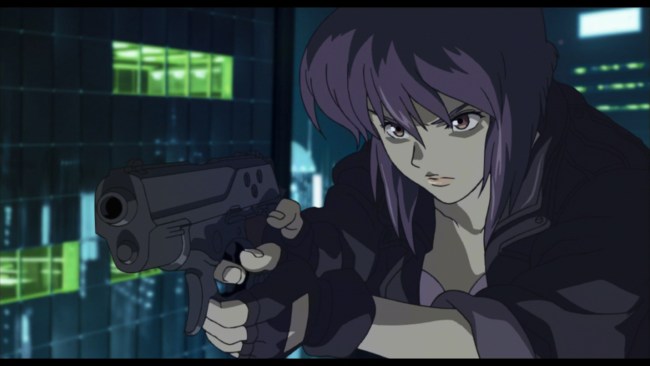 Normally, I would place most of the blame on the producers of a project. After all, most actors don’t have the clout or financial resources to be able to turn down a job on principle and while, yes, in an ideal world, all actors would say no to offensive roles until things change, the fact is, people need to eat and pay rent.

That said, Johansson is not one of those actors. She’s one of those rare female stars who can open a film, make a huge paycheck, and has a certain level of decision-making power. If she asked for something, she’d likely get it. But she has to know what to ask for, and so I hope that she eventually learns something from this experience so that she can take that forward into her future decision-making.

What makes all of this feel particularly urgent is that some of the above interview is focused on her feminist activism, and she reveals that she has considered running for office in the future.

On her participation in the Women’s March, Johansson says, “I’m not afraid to say what I feel is right just because I think that I’m gonna face criticism, or some people might not like me. I mean, if fighting for women’s rights, if that’s gonna mean that some people don’t wanna buy a ticket to see Ghost in the Shell, then I’m okay with that.”

Here’s a hot tip: that’s not the only reason why people might not see Ghost in the Shell. What I’d want to remind Johansson of, if I could, is that fighting for women means fighting for all women. It means ensuring that all women have opportunities across all fields. It means not taking a job opportunity away from a marginalized woman, simply because you want the pleasure of doing it.

Part of the problem here is that there are so few nuanced roles for women, and there are even fewer of those roles for women of color. In past interviews, Johansson said that she, in part, accepted the Ghost in the Shell role because it was a “rare opportunity.” And to a point, she’s right! It is rare for a woman to have that kind of a role. You know what’s even more rare? An Asian woman being given that kind of a role in a Hollywood film. Johansson has made a career out of playing nuanced female characters that any actress would kill for. She didn’t need to do this film. She wanted to do this film, and she didn’t stop to think about the implications of that.

Normally, I wouldn’t expect an actor to do so. I mean, I’d hope they would, but I wouldn’t expect it. Most people, actor or not, are perfectly happy to live in an apathetic bubble and not put much thought into any of their actions, or how they affect the world. However, if Johansson is someone who wants to make standing up for what’s right a habit, she should probably put more thought into her choices.

Especially if she wants to run for office someday:

“I’ve always been interested in local politics. Right now, I think with my young daughter and the way my career is going right now, it’s not the right time. But eventually, maybe if my daughter was older, and I could totally focus myself on something like that, I think it could be interesting.”

I hope that by the time she runs for office, if ever, that she’s worked to make her feminist politics a bit more intersectional. I hope that, once the press for this film has died down—and I understand that, in the midst of it, you’re working so hard to promote (and defend) your film so people see it, that it’s not the easiest thing to be nuanced about inclusivity—she really takes a second to think about why people were actually upset about this. I hope that she carries whatever she learns into her subsequent films.

In my ideal world, Johansson would not only have turned down this role, but would’ve signed on as an Executive Producer and worked to help them find the perfect Japanese/Japanese-American/Asian actress for the role. She would’ve worked to encourage the hiring of a female director, ideally an Asian one. She would’ve worked to hire a Japanese writer, etc., etc. She would’ve been involved in this project by using her name and her platform to uplift others, rather than being part of the problem. She has that kind of power at her disposal.

Ghost in the Shell has already been made. Nothing we can do about it. There’s no going back now. But there is a better way forward.

(via Entertainment Weekly, image via screencap)