Scarlett Johansson Wanted to Be the Ghost in the Shell “Female Protagonist” Because It’s “A Rare Opportunity.” Yeah… An Opportunity for Someone Else 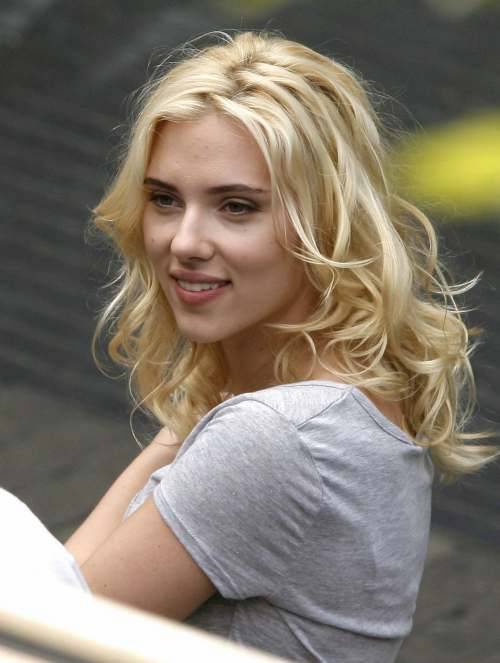 Scarlett Johansson has opened up about her decision to accept the role of Major Motoko Kusanagi in the live-action Ghost in the Shell movie. But her reasoning will probably disappoint you.

The quote in question comes from a teaser for a longer interview slated to come out in Marie Claire. It’s possible that she says more on this subject in the full article, but this is the quote we’ve got for now:

“I certainly would never presume to play another race of a person. Diversity is important in Hollywood, and I would never want to feel like I was playing a character that was offensive. Also, having a franchise with a female protagonist driving it is such a rare opportunity. Certainly, I feel the enormous pressure of that—the weight of such a big property on my shoulders.”

Many have interpreted this quote as Johansson saying that she believed the gender of the character was more important than, say, the fact that Ghost In the Shell is a famous piece of Japanese media and that it therefore would be expected to have a predominantly Japanese cast, particularly in the lead role. The fandom for Ghost in the Shell has been debating this casting choice ever since it was announced, with some arguing that since the character is a cyborg whose physical appearance can be modified, it supposedly shouldn’t matter whether a white actress plays her. However, this casting speaks to a larger pattern in Hollywood and a lack of opportunity for Asian-American actors to get any roles at all, let alone lead roles like this one.

This Ghost in the Shell remake is an American remake of a Japanese classic that was a pinnacle of animation and filmmaking artistry at the time, and still is seen as such. There’s certainly debate to be had about whether it even makes sense for American filmmakers to be remaking this movie in the first place–but since it is happening, it’s to be expected that an American actor would end up in the lead role. Why, though, does this lead American actor have to be white? Why not cast a Japanese-American actress for this “rare opportunity”?

Just to emphasize Scarlett Johansson’s point here, she says that “a franchise with a female protagonist” is “rare.” But, for her, it’s actually not rare at all. Scarlett Johansson is one of the top ten highest paid actresses ever, and although her salaries still pale in comparison to what her male counterparts make (and that’s always worth pointing out!), it’s not as though she’s at a loss for opportunities. She’s been given roles in tons of excellent genre fiction movies; even though she hasn’t been given the solo Black Widow movie that she deserves, she’s still been in tons of other Marvel movies as that character, and she’s had several other fantastic opportunities heading up sci-fi movies, such as in Under the Skin, Her, and Lucy. She’s a mega-successful A-list star. She has made it.

That means that Scarlett Johansson is in a position where she can afford to turn down opportunities when they aren’t appropriate for her, and instead, use her stardom and influence to advocate for other women in her field–such as women of color who don’t have the opportunities that she’s had.

The opportunity to star in a movie like Ghost in the Shell would be exceedingly rare for an Asian-American actress. It could be a career-making opportunity. Imagine what a break-out role this could have been for, say, Karen Fukuhara–who recently got stuck playing the far-too-small role of Katana in Suicide Squad. Or perhaps the role could have gone to Rila Fukushima, who herself is in Ghost in the Shell, in another role (she has also played Katana, on Arrow, because apparently Katana is the only role available to Japanese-American actresses these days).

The director for Ghost in the Shell has explained that although Scarlett Johansson will be playing the lead, the rest of the movie has a more “international” cast (via ComicBook.com):

“It’s a very international cast and I think that the best of casting her is that I didn’t have to cast big name actors around her, I could cast people like Juliette Binoche, Kaori Momoi, and Takeshi Kitano. That’s unusual for a Hollywood film, usually it’s that you need the star and then you need ten people who can be on the poster, but we didn’t have that. So it was great, I was given the freedom to cast the film however I wanted.”

I do wonder if perhaps the rest of those casting choices were made in response to the outcry about Scarlett Johansson playing the lead in the movie. But this also sounds like a similar scenario to the situation with Matt Damon’s Great Wall movie, which is a Chinese story about Chinese characters that inexplicably features a white savior as the protagonist. At least in that situation, though, the movie has a Chinese director. In the case of this Ghost in the Shell remake, both the director and the screenwriter are white men.

Just as a sidebar, the director for Ghost in the Shell is Rupert Sanders, the Snow White and the Huntsman director who had an affair with Kristen Stewart. Now, none of us know all the details of that affair, but we do know that he’s a much older man (two decades older, to be precise) who, as her director, was in a position of power over Stewart, which introduces disturbing implications about his professionalism. Suffice it to say that I don’t see Rupert Sanders as a feminist advocate or ally, nor even a director with good judgment regarding his lead actresses.

All in all, the adaptation and the people involved seem to misunderstand that a great opportunity has been missed here–the opportunity to do something much more interesting with the movie, and to give it to a creative team that could fully realize its potential. It was truly a “rare opportunity,” in Scarlett Johansson’s words, but that opportunity has ended up in the wrong hands. I don’t necessarily expect someone like Rupert Sanders to learn from this mistake; based on what we know about him, my expectations are pretty low. But I do hope that Scarlett Johansson does learn from this experience in her future career choices, and that she considers working with other people and on different projects, and also, that she’ll try to help out other actresses in her field who haven’t had the same opportunities that she has had.

(via ComicBook.com, image via Xavier Caballe/Flickr)