Things We Saw Today: Gail Simone Asked What Movie You Hate That Everyone Else Loves and the Answers Are Illuminating 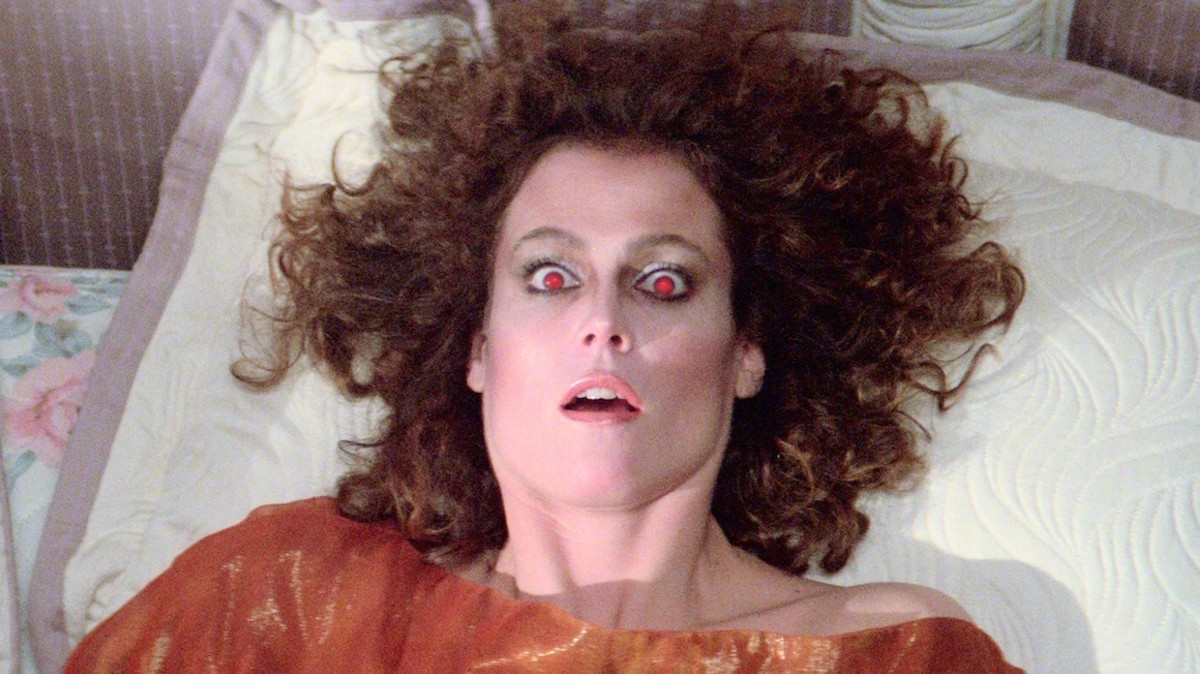 Comics legend Gail Simone is also a masterful Twitter user, and she often sparks excellent conversations and wide-ranging debates. It was particularly intriguing to see the responses to the recent question that she posed: what are the movies that everyone seems to wax rhapsodic about, but you can’t stand?

Movie you hate that everyone else loves:

Simone kicked things off with The Breakfast Club, which is a great jumping-off point. The John Hughes movie is widely adored and considered a classic. But how much is rose-tinged nostalgia from watching it in youth? Does The Breakfast Club hold up today? Or did it just always rub some people the wrong way?

Others agreed with Simone and took issue with the movie’s simplistic resolutions for the troubled teens.

YES! As the resident Anthony Michael Hall / Ally Sheedy, I always hated that the nerd’s acceptance test was to do everyone else’s homework, and the weirdo’s was to wear the right foundation.

The deeply-held affection that many of us feel for many of the films in the Twitter thread means that it’s almost a knee-jerk fight reaction to see them mentions. Which, of course, makes this question so interesting. Here are some responses that jumped out from the many thousands of replies Simone received:

Oh thank God I thought I was the only one. Maybe it’s because I never watched it as a kid, but when I finally did as an adult, it was just boring.

Thought it was great when it came out. As the years have passed, I just have learned to hate it. pic.twitter.com/ZZvs9Lk7ct

Is this thread about The Goonies?

My friends and I would use “look, a rabbit” as code for tedious movie dialog. pic.twitter.com/RIrHFoJxz5

La La Land. Because that is a litmus test of both race and class consciousness. If a white person or non-Black person that tells me that they loved La La Land, I know instantly that we are not going to be friends and that they do not understand Hollywood or Intersectionality.

Forrest Gump. I remember watching it in High School last year, and then spent about 30 minutes after that class period getting into a massive argument with classmates over the quality of it

The whole Nolan Batman trilogy is just…. not good. Heath Ledger’s Joker is about the only highlight for me. I’m a huge Batman fan, but I haven’t watched any of those movies since I saw them in the theater the first time. Just not interested.

The godfather
It insists upon itself

Mine is Love Actually.

(A point of contention for many—but I agree. I hated Love, Actually.)

Rogue One. The characters are flat and boring with like 4 personality traits between them, and they’re not allowed to grow or be fleshed out at all because the entire movie is banking on the novelty of “what if this optimistic franchise had a movie with a kill ’em all ending.”

I came here to say Watchmen.
I wanted to Claw’ my eyes out the whole way through.
Now people must pay me $1,350 if they want me to watch another Zack Snyder movie. It is the law.

(To be fair, I do not think that Watchmen the movie is anywhere near universally beloved.)

Boondock Saints
This ain’t Twitter-Edge
It just plays up these hypertoxic ideals of masculinity and equating strength to violence
Also, if they were compelled to violence with Any other religion other than Christianity for righteous aporoval to kill
THIS wouldn’t exist

I’ve tried to watch Arrival 4 times, I’ve never made it to the end yet. I won’t be trying again.

I keep adding more and more of these because … I mostly agree?? It’s a relief to know that you’re not alone in your dissent over films that critics and many movie-goers have set on a pedestal. OK, a few more:

All the Harry Potter movies. Screw those guys. Lol. I recently watched “Magnolia” (I was too young to give it the time of day when it originally came out) and my gosh I really HATED that movie, too! What the hell was even the point! /end-rant.

The Two Towers and The Return of the King. Fellowship was on point but as more Peter Jackson touches crept in I found the latter movies jarring and unpleasant. The wave of green ghosts still makes my eyelids twitch.

Pacific Rim. I’ve tried so hard to like it, pretty much everyone I know does. I’ve read a bunch of meta people have written and I like it in theory, but I just can’t make myself care about it in practice. Even though I’ve seen it three times I hardly remember anything about it.

The Avengers. Didn’t like it when it came out, and it hasn’t aged well, I find it nearly unwatchable now. I get that we got caught up in the excitement of the first big budget crossover, but it’s just not a good film

Agreed. Stars Wars continues to be one of the most overrated films.

Of course, part of what’s happening here is that we are all different people with wildly different personalities and tastes. When my sister and I saw the Star Wars: A New Hope in theaters as young adults, she fell asleep while I had the equivalent of a religious conversion experience. To each their own! If you enjoy the movies named here, it doesn’t mean that you’re wrong—but other viewers can also have valid criticisms that sometimes get brushed aside when the nostalgia and acclaim for a property are overwhelming.

My answers to Simone’s question are Ghostbusters (it’s not as good as you remember, I promise, and it really, really hates the Environmental Protection Agency), and 2001: A Space Odyssey, which has some brilliant scenes and some others I couldn’t tell you about because I was fast asleep due to mind-numbing boredom. I know these are fighting words, but they’re mine. Other Mary Sue staff answers are Blade Runner, Joker, Under the Skin, The Shining, and AI. What movies do you hate that everyone else seems to love?

(Check out the whole thread on Twitter, image: Columbia Pictures)

What else did we see today? Thanks for asking!

Trying to talk with someone who believes a conspiracy theory? Send them a video from someone they might listen to! Visit https://t.co/ZGf9zOZcvN pic.twitter.com/BFGzg7FhOz

It’s the weekend! What did you see today?