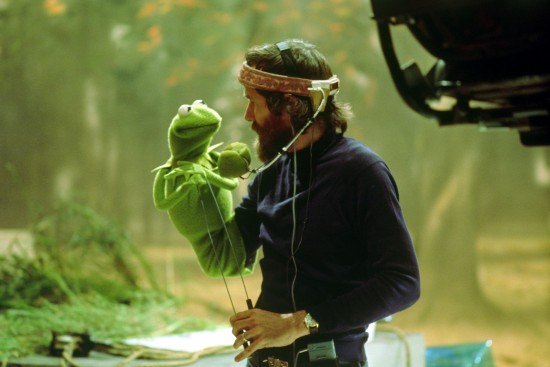 This past weekend marks the twentieth anniversary of the death of Jim Henson, and there really aren’t any words to describe the effect that his art has had on the lives of people all across the world. Sesame Street, the longest running children’s show in history, is still teaching the ABCs; the Muppets are enjoying a resurgence on YouTube, a medium they were practically born for; and even Fraggle Rock is out on DVD and has its own comic series. Disney, after a six-year indecisive lull, is finally making good on the Muppets as a brand.

A new Muppet movie, ambitiously titled The Greatest Muppet Movie Ever, is in the works, and I have high hopes for Jason Segel‘s writing. There are many ways I could give tribute to Mr. Henson, but I’m pretty sure that the video montages, nostalgic reminiscing, and philosophic treatises are already out there for the Googling.  So I am going to talk about the Muppet movies.  The good ones, and the not so good ones, and what differentiates them.  Here’s hoping the next one is among the former! To specify: Successful Muppet movies are: The Muppet Movie, The Great Muppet Caper, Muppet Treasure Island, and The Muppet Christmas Carol.  The Muppet’s Take Manhattan is also in this group, although it’s definitely the black sheep of the family. The ones that are less good?  Although I still love them (I mean it is the Muppets), Muppets From Space, The Muppets’ Wizard of Oz and the two recent Christmas specials, A Muppet Christmas and It’s A Very Merry Muppet Christmas Special fit in here.  These movie’s aren’t bad, per se, but I find that they don’t feel like Muppet movies.

The root of Disney’s confusion with the Muppets as a brand lies in a few fundamental differences between the Muppets and the rest of the Disney “universe.”  Unlike the characters wandering around Walt Disney World, the Muppets actually exist.  Canonically, that is.  This might be tricky to wrap your head around, but the idea is that Kermit, Piggy, Fozzie and Gonzo are all performers; contemporaries of John Cleese, Peter Sellars, Liza Minnelli and any other celebrity they have ever appeared alongside.  This is why Muppet Studios does not generally allow the characters to make appearances without their designated puppeteer.  Kermit can’t be in two places at one time.  They treat their characters as if they were actors. With this in mind, the rules of a good Muppet movie are as follows: 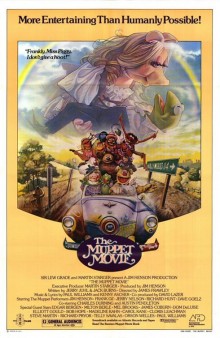 “Have you tried Hare Krishna?” characters in 1979’s The Muppet Movie frequently ask.  2002’s Muppet Christmas special makes reference to Moulin Rouge, A Beautiful Mind, and Fear Factor.  Lately, the Muppet Studio YouTube channel has made reference to skateboarding dogs and fad of people singing with themselves in videos; Rizzo has has even invaded the studios of Lost.

What the Muppets do, in addition to entertain, is comment on our popular culture.  And they are, somehow, deeply tuned into it.  Just look around on YouTube for the guest stars on Sesame Street, or for pictures of Lady Gaga arriving at the 2009 VMAs with her date, Kermit the Frog. Ultimately, I’m not too worried about this not happening in a Muppet movie, but it’s worth mentioning just for the reminder.  If you don’t understand that this is partly what makes the Muppets interesting, you’ve got no business making a movie about them. The next rule is much more important.

If you can, make it a pastiche of a movie genre or a retelling of a classic story

The recent Muppets comics have embraced this one with vigor, but the idea goes back to The Muppet Movie, a pretty classic road trip flick.  The Muppet Caper embraced every facet of heist movies; Muppets from Space, while it failed in other areas, paid lip service to pretty much every famous sci fi movie ever.  As for story adaptations, Treasure Island and Christmas Carol are fantastic retelling of their source material.  Like I said.  What the Muppets are good for is commenting on our own culture.

This was one of the biggest shockers when I went to see Muppets From Space, the last Muppet based theatrical release.  There were no original songs. Muppets movies are musicals.  Sorry, but there’s no getting around it!  Even the two recent Christmas specials had one beautiful original song each.  I mean come on.  Your movie could have the next Rainbow Connection. This rule, and the next one, are the most important ones on this list.  They might not be immediately obvious, but they are wholly a part of what the Muppets do. 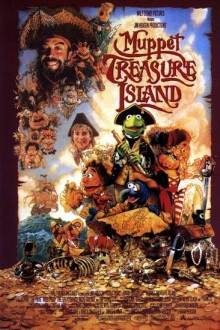 Finally: break the fourth wall.
Break it.  Over and over again. I cannot stress this enough.  It’s the difference between the good oldies like The Muppet Caper and the good but somehow disappointing Muppets from Space.  The characters are not characters.  They are actors who are performing characters.  This is the most important thing you can do to make your Muppet movie thematically feel like a Muppet movie.

The Muppet Movie is actually a movie about the Muppets sitting in a theater watching a movie they made.  And in the movie that they are watching there is a scene where, instead of summarizing the action for newly introduced characters, Fozzie actually pulls out a copy of the screenplay and gives it to Dr. Teeth to look through it. The Great Muppet Caper begins with a song that expressly states that it is a movie.  “Starring everybody — and me!”  Later on, in some kind of meta brainstorm from the writers, Kermit and Piggy have an in-character argument about their in-character romance, which suddenly turns into an out-of-character argument about their out-of-character relationship when Kermit accuses Piggy of “hamming it up.”  They eventually calm down, he apologizes, and they finish the scene.

The Muppets Christmas Carol begins with Gonzo introducing himself as the narrator, Charles Dickens, and with Rizzo strenuously objecting to Gonzo’s change in identity (the credits list Gonzo as Charles Dickens, and Rizzo as “himself”).  Later on in the movie, Rizzo questions whether this stuff might be too scary for kids, and at the very end, the two decide that the Ghost of Christmas Yet to Come is too frightening even for them, stating directly to the audience: “We’ll see you folks at the finale!” Muppets Treasure Island, the Muppet’s second foray into classical literature, repeats this trend.  “He’s dead?!  I thought this was a kids movie!”  “Sing louder, boys!  This is my only number.” 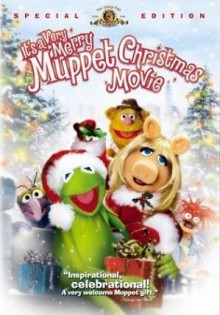 It’s A Very Merry Muppet Christmas Special is my favorite of the most recent Muppet movies.  It follows all the rules but this one.  It makes plenty of topical pop culture jokes, and has a very sweet original duet between Kermit and Gonzo.  For plot, when the Muppet Theater is threatened with closure, Kermit wishes that he’d never been born, and a nice angel (Whoopi Goldberg cameos as god) lets him have a look at where is friends would be if they’d never known him. It’s It’s a Wonderful Life with Kermit the Frog.  But the characters never break the fourth wall.

Very Merry Muppet Christmas leads the viewer to imagine what their lives would have been like if the Muppets had never been there, which brings me back to the genesis of this essay:

I feel like there’s very little I can add to the words already written in memorial of Jim Henson.  He was given two different memorial services, one in the Cathedral of St. John the Divine in New York City, and the other in St. Paul’s Cathedral in London.  They involved performances from all the Muppeteers and Harry Belafonte. LIFE magazine called it “an epic and almost unbearably moving event.” This information lead me to once spend an afternoon searching for video of it on YouTube.  The ultimate fruits of that search can be found below.  It’s the last scene from The Muppets Celebrate Jim Henson.

Be forewarned.  This video could be used as a CAPTCHA.  It’s quite likely that you will cry.