The Boys Is Going There With “Herogasm,” So What Is It?

Things are about to get dirty ... well, dirtier. 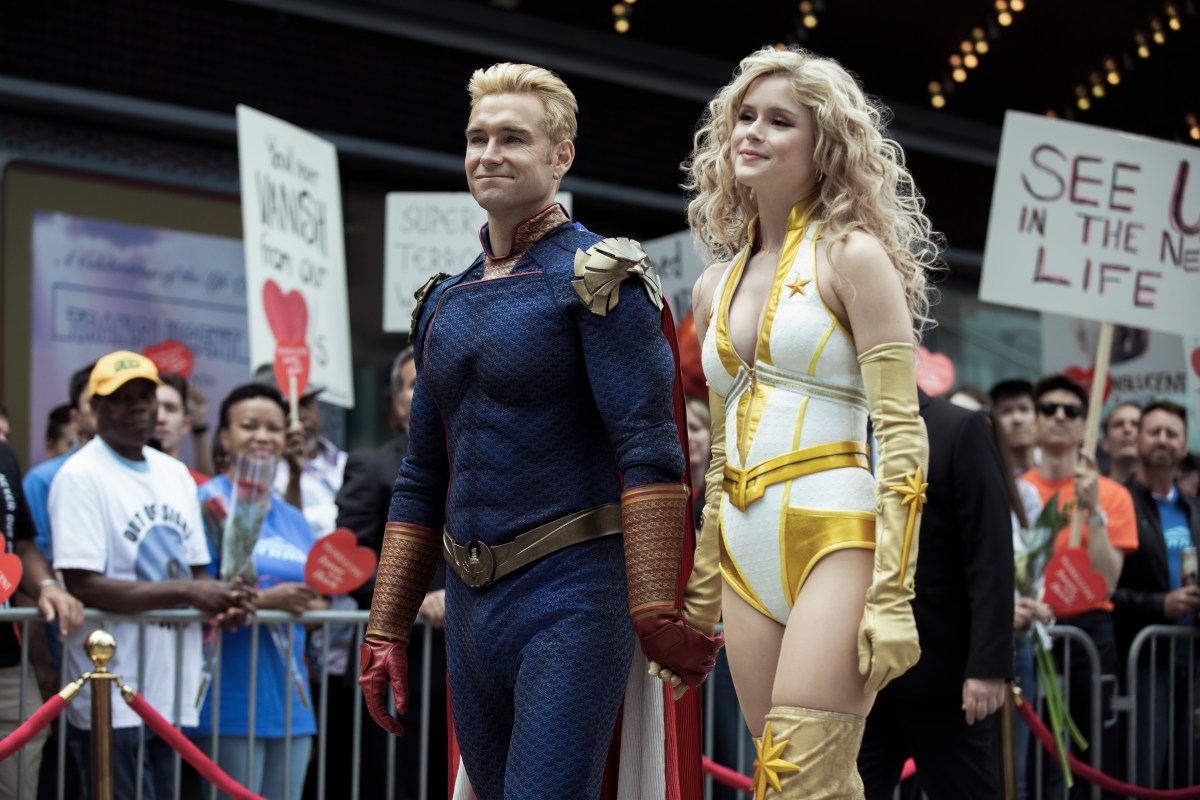 Filming for season three of Amazon’s The Boys will get underway soon in Toronto, but series creator Eric Kripke has aleady given us a clue to one storyline from the comics of the same name by Garth Ennis. Though we have wondered about this since it was announced that Jensen Ackles would be joining the cast as Soldier Boy, we now know for sure that The Boys is officially doing “Herogasm.”

So, what is Herogasm? Well, in The Boys comics, it’s basically a parody of the big comic book “events” where all the different heroes get together to save the world. In this case, instead of uniting to defeat evil, it’s all the heroes of the world getting together for … a super-orgy. Yes indeed, thanks to a ruse by Homelander, who claims everyone is going to space to fight off aliens, all the supes instead head to a secret private island where things get beyond raunchy. I mean, stuff I don’t even think I can safely write here raunchy, and I’ve used the term “clusterf**k” in a headline.

Now, it’s not like The Boys has shied away from extremely adult moments. We saw a guy’s head get crushed while performing oral sex, there was that one guy with the ten-foot-plus long super penis, and of course, Butcher and Hughie visited a secret supe sex club. But this is something on a whole other level.

In the comics, The Boys have to infiltrate Herogasm to find out more about Vought’s attempts to infiltrate the White House, via the Vice President. If the show follows the political intrigue plot of the comics, this may tie into the big twist of the season two finale was that anti-Vought Congresswoman Victoria Neuman is actually the supe responsible for all those exploding heads throughout the season.

But of course, the big question is if the series will show the comic scene that sees Homepander (played in the series by Antony Starr) manipulate Soldier Boy into sleeping with him? Well … No. That’s probably because the Soldier Boy that sleeps with Homelander in the comics is not the same as the “Original Vought Superhero” that Jensen Ackles will be playing. That guy just took on the name. Kripke himself broke the sad news to fans hoping to see that moment (for some reason people really want to see Ackles boink a boy) back in October when he also teased Herogasm.

Q: #AskTheBoys Soldier Boy? Please tell us there will be a scene a la “Herogasm” from the comic!
– @Welshmen