What Is Feminist Horror? 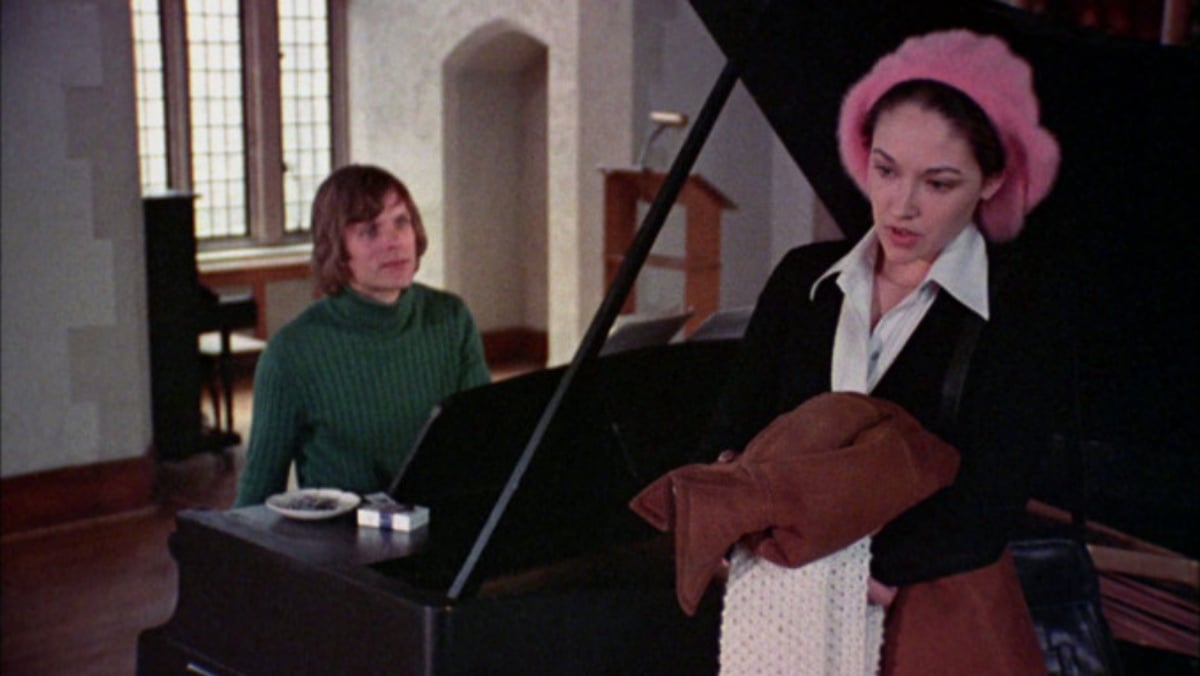 When the remake of Black Christmas came out last year, one of the things it was marketing itself on was being a “feminist horror movie.” Along with the dreaded term ELEVATED HORROR, there has been a trend in the way that people talk about horror films that ignores the complicated history of the genre and also reduces the academic and creative language of horror to something that has only existed since Get Out, despite that it goes much further back.

In 1986, Constance Penley wrote that “science fiction film as a genre—along with its evil twin, the horror film—is now more hyperbolically concerned than ever with the question of difference.”

In that sense, horror has always been concerned with the relationship between the marginalized and terror. The main, “elevated” difference would be who gets to tell these stories and the lens in which all of this is being experienced.

As Robin Wood—who has been so influential in defining the terms by which we have come to understand the horror film—put it, “the true subject of the horror genre is the struggle for recognition of all that our civilization represses or oppresses.”

So let’s talk about feminism and horror: what it means and how it has evolved.

Women as victims in horror have been a trope since the very beginning, a virginal maiden being haunted by some phantom creature. Women and children make great victims in gothic horror because of the pervasive idea that they are the most vulnerable.

Take Henry James’ The Turn of the Screw, where we have a female protagonist, unnamed, who is trying to save these two innocent, ethereal children from “ghosts.” As the gothic horror and vampire stories turned into the slasher genre, we got “The Final Girl.”

It has often been debated whether the final girl is or is not a feminist character, and I think that when discussing feminist film, there is often both an oversimplification and complete misunderstanding of what it even means to be feminist and, therefore, what a feminist film looks like.

Feminism is a political movement, and therefore, unless the female character is out here being an actual AOC-type, then it’s hard just uniformly put that label on anything.

What we are actually asking is “Does this movie abuse women in a voyeuristic way, or is it using horror to speak to a unique terror that is connected to the ‘female’ existence?” I think that is a better question.

In many slasher films, there is a hint of sexual panic, where young women are punished and murdered after sex. Halloween notoriously has Michael kill his sister right after she has sex with her breasts exposed. Contrast that with our final girl, Laurie, who is this perfect image of middle-class innocence tossed into a situation with a speechless serial killer.

During the Texas Chainsaw Massacre, Part 2, there is a moment when Leatherface’s chainsaw loses power. As Stretch is cowering before him, he presses the blade up along her thigh and against her crotch, where he holds it unsteadily as he jerks and shudders, mimicking an orgasm.

So yeah, these stories certainly fall under the voyeur element.

Additionally, homosexual and trans-coded characters are also frequently marked explicitly for death as Carol J. Clover “Her Body, Himself: Gender in the Slasher Film” in The Dread of Difference: Gender and the Horror Film:

“Killing those who seek or engage in unauthorized sex amounts to a generic imperative of the slasher film. It is an imperative that crosses gender lines, affecting males as well as females. The numbers are not equal, and the scenes not equally charged; but the fact remains that in most slasher films after 1978 (following Halloween), men and boys who go after “wrong” sex also die. This is not the only way males die; they also die incidentally, as girls do, when they get in the killer’s way […] Some girls die for the same mistakes. Others, however, and always the main one, die—plot after plot develops the motive—because they are female.”

Does that mean we can’t feel empowered by Laurie’s journey and even find something feminist about her and many other female characters of her ilk? No, but empowerment is a conversation; it can be personal, and one person’s empowerment doesn’t cancel out someone else’s viewpoint or decidedly non-feminist aspects.

For me, one of the first slasher films that I would call “feminist” is Black Christmas—the original. The reason I say this is that, in the narrative, the heroine Jess wants to have an abortion, and that is not part of the horror plot. She is just as sympathetic because of it, and it shows that Jess is both sexual and in control of her own body. That, for me, is feminist—feminist because of its messages, context, and the fact that despite that there is a male serial killer, he is not the focus of the story, like Freddy. It is very much these women.

Wes Craven’s Scream is a film that, while not as “feminist” as Black Christmas, is so surreal every time I watch it. Sidney’s experience of being gaslight by an abusive ex-boyfriend who ends up being a serial killer is something that is just so … profoundly disturbing. He tells her she’s crazy for thinking he’s the killer and shames her for not wanting to have sex with him due to her trauma—trauma he caused.

In Sidney and her survival, we see someone who is actively attempting to move past abuse. So, every part of her journey is just another step for us to see her not be completely transformed into a dark person because of what happened. Clover explains:

“The vast majority of contemporary shockers, whether in the sexist mold or not, feature climaxes in which the women fight back against their attackers—the wandering, humorless psychos who populate these films. They often show more courage and levelheadedness than their cringing male counterparts.”

Feminism today is inclusive. The bar is constantly being raised, and what we see is a constant attempt to redo movies that were imperfect instead of moving forward to explore what is being made now—especially when it comes to actually giving us female slashers. With one final quote from Clover:

“But why, if viewers can identify across gender lines and if the root experience of horror is sex blind, are the screen sexes not interchangeable? Why not more and better female killers, and why (in light of the maleness of the majority audience) not Pauls as well as Paulines? The fact that horror film so stubbornly genders the killer male and the principal victim female would seem to suggest that representation itself is at issue—that the sensation of bodily fright derives not exclusively from repressed content, as Freud insisted, but also from the bodily manifestations of that content.”

The future of feminist horror is not just remaking older versions of films with a smidge more melanin than the first. It’ll come from understanding what the genre is lacking in its depiction of female horror characters. We need more Jennifer’s Body. We don’t need another version of The Craft.

If horror is supposed to be concerned with “the question of difference,” then how is feminist horror actually trying to speak for progressive women who love the genre? Or is it just assuming that our place in it is so small that putting “feminist” in front of it means something more than it should?

During the filming of The Birds, director Alfred Hitchcock infamously said, “I always believe in following the advice of the playwright Sardou. He said, ‘Torture the women!’ The trouble today is that we don’t torture women enough.”

Well, I think it’s time to have the women doing the torturing. #GirlBossSlasher