What Is Beastars and Why Does It Have People Asking If They Are a Furry? 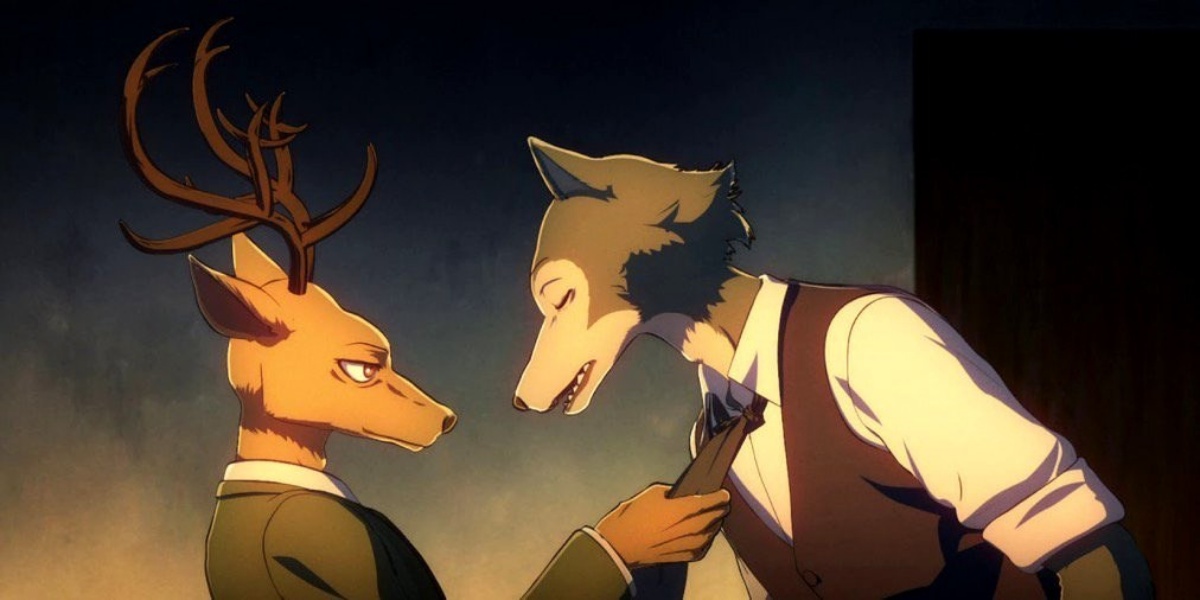 If you’ve been paying attention in the world of anime, right now the series that has everyone talking is a little show streaming on Netflix called Beastars from the Studio Orange. Its premise isn’t anything we haven’t seen before—carnivores and herbivores living like humans while dealing with a cultural divide. The main difference is that unlike the G-rated Zootopia, these animals … they have sex. A lot.

The anime, which is set at a school, begins with a murder. Tem, an alpaca, is brutally murdered and devoured, seemingly by a carnivore student, which launches a wave of unease and distrust between the herbivore and carnivore students. Especially in places like the drama club, where the two groups get stereotyped into their biological roles.

Much like Zootopia, the society of Beastars very much deals with the concepts of prejudice and classism through these animal avatars. However, due to being an adult anime, it is able to deal with some of the darker sides of a society like this. A Black Market where herbivores are killed and sold as food, with the government not doing much to stop it; the fact that interspecies marriage has only recently become legal, but the government still encourages certain “endangered” species to marry, not to mention the whole temptation to eat your partner aspect that plays heavily into the series.

Who are our characters? Of the core three, we have Legoshi, a grey wolf, who is timid and works to fight his predatory nature despite it being drawn to the dwarf rabbit Haru. Haru is the only member of the school’s gardening club and an outcast because of her sexual promiscuity. Due to being always treated like she is a fragile thing, she enjoys having sex because it makes her feel in control. Finally, there is Louis, a red deer who does his best to present a very alpha male persona due to being a herbivore. He has a complicated relationship with Legoshi and a sexual relationship with Haru.

Paru Itagaki, who made a similar manga series called Beast Complex back in 2016, has really pushed the shonen genre as hard as it could be pushed in terms of the sexual aspects of the series. It certainly has an audience built-in from the concept alone, but for the non-furries, Beastars has the benefit of being an actually interesting character drama, with solid conflict, and an interesting world. If anything, the uncanny valley aspect of some of the designs made it less sexy than it was intended to be.

There is a lot of your mileage may vary, but if you wanted to know why people were talking about Beastars, it is half because there is an interesting plot and the other half is shock and awe about the fact that a bunny and a wolf are totally gonna hook up.