What Exactly Is Going on With All These Green Lantern Announcements?

The Green Lantern Corps is seeing a lot of action. 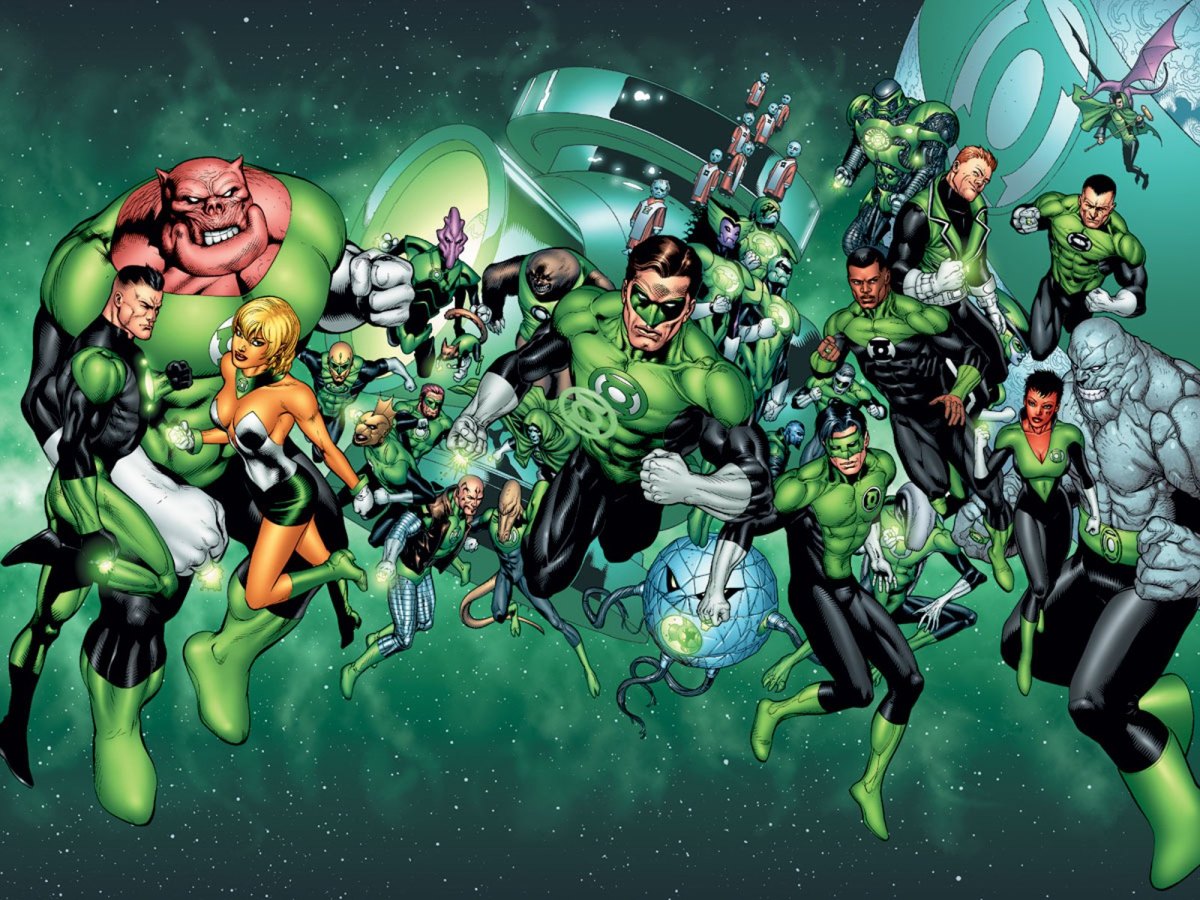 Recently, there’s been a deluge of announcements regarding DC’s Green Lantern, a legacy character that has struggled to make its mark on the big screen. While Green Lantern has appeared in several animated films, series, and video games, DC has struggled to carve out a live-action space for the iconic superhero. There was, of course, the disastrous 2011 film with Ryan Reynolds, but the less said about that the better. Now, nerd news is a abuzz with competing Green Lantern projects. So what in the brightest day and blackest night is going on here? Let’s get into it:

In the seemingly never ending saga of Zack Snyder’s Justice League, the director revealed that he had intended to introduce Green Lanterns John Stewart (played by Wayne T. Carr) and Kilowog in the film. Ultimately, Warner Bros. put the kibosh on his plans, so the character was rewritten as the Martian Manhunter, played by Harry Lennix. In an interview with Vanity Fair, Snyder said, “We shot a version of this scene with Green Lantern, but the studio really fought me and said, ‘We really don’t want you to do Green Lantern,’” Snyder said. “So I made a deal with them, and they let me do this [instead].”

Snyder recently shared a photo of the greenscreen shoot, which took place in his driveway, on Vero. While fans have added #RestoretheGreenLanternScene to the #RestoretheSnyderverse campaign, it’s unlikely HBO Max will do anything with the brief scene.

While Snyder’s Lantern is unlikely to see the light of day, at least there’s this extremely cool costume concept of Kilowog from illustrator Jerad S. Marantz:

Warner Bros. wouldn’t let Snyder use the Green Lantern in his Justice League cut, partly because they already had a new Green Lantern series in the works at HBO Max. This week, they announced that Finn Wittrock (American Horror Story, Ratched) has been cast as Wittrock will star as Lantern Guy Gardner, who is described as “a hulking mass of masculinity, and, as rendered in the comics, an embodiment of 1980s hyper-patriotism. And yet, Guy is somehow likable.”

Wittrock is the first actor to be cast in the expansive series, which begins on Earth in 1941 with the first Green Lantern, secretly gay FBI agent Alan Scott. The series, which spans decades and galaxies, finds Gardner in 1984 alongside half-alien Bree Jarta. The series is expected to introduce more members of the Lantern Corps, both characters from the comics and original creations.

The series is set for 10 hour-long episodes on HBO Max. The series will be co-written and executive produced by Greg Berlanti (Arrowverse), Seth Grahame-Smith (Pride and Prejudice and Zombies) and Marc Guggenheim (Arrowverse and the 2011 Green Lantern film).

But what of John Stewart, the first Black superhero to appear in DC Comics? Many were annoyed by the announcement of Wittrock’s casting in the Green Lantern series, given that John Stewart is more popular and relevant Lantern than Guy Gardner. It’s also not a great look considering Ray Fisher’s accusations of racism at the studio, which were made all the more obvious with the release of the Snyder cut and the restoration of Cyborg’s entire storyline.

But according to Heroic Hollywood, a John Stewart/Green Lantern movie is in the works. This Green Lantern Corps film is still in development, with Stewart as the lead and Hal Jordan appearing as a mentor. The film was being developed and written by Geoff Johns, but given the accusations of racism against him, it’s unclear how and if the project will proceed. A good first step would be bringing on a Black writer and director.

Which Green Lantern project are you most excited about? Which Lantern deserves their own series? Let us know in the comments!