How Many Women Had Their Careers Killed By Harvey Weinstein & Other Abusers? We Can Never Know.

What ever happened to ... 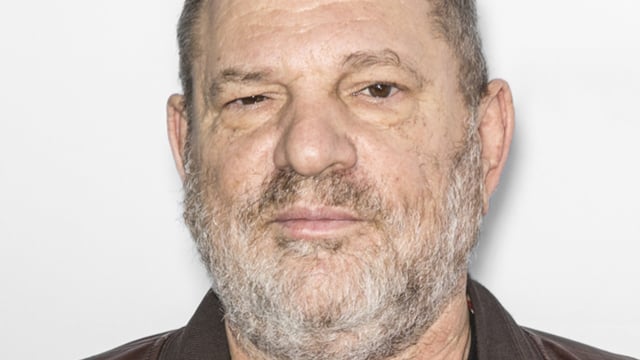 I always have a strong adverse response to the question “Whatever happened to [insert actor’s name]?” More often than not, the answer is “theatre.” Or sometimes they have a production company or some other sort of successful career. Or maybe the person asking (or, too often, writing the internet list) just needs to glance at IMDB to see all the credits they missed. The question always comes across as insulting, an implication of failure, no matter the reality of the individual actors’ decisions.

But with all the stories coming out about Harvey Weinstein and other men in Hollywood who have built careers on abusing their power, those “where did they go?” queries have another all-too-possible answer. Because while many actors disappear from blockbuster life in favor of theatre work, behind-the-scenes jobs, or simple retirement from the industry, sometimes it isn’t their decision. Sometimes those terrible, powerful men actively kill an actor’s career.

We’ve heard actresses speak out about blacklisting before, but I can’t remember ever seeing much respect ever being paid to their stories. The claims, after all, are easy to dismiss, because how can we, as consumers, really know what happened? The doubts spring up, don’t they? “Was she really conspired against?” “Couldn’t that just be an excuse for not cutting it in Hollywood?”

It’s been made clear that Harvey Weinstein inserted rape, harassment, and various forms of sexual misconduct into his professional relationships. But we should not ignore that most of the women we are hearing speak out against Weinstein went on to have very successful careers, either avoiding Weinstein or continuing to work with him. Some (like Cara Delevingne, for example) who rejected his assault have said they felt like he cast them in projects as a sort of amends. But others, especially those who spoke out against Weinstein, have reported being actively blacklisted. Rose McGowan has said “I was blacklisted after I was raped, because I got raped, because I said something.” Courtney Love was banned from one of the largest, most powerful talent agencies in the industry after she made a “joke” about Weinstein.

Although I wasn't one of his victims, I was eternally banned by CAA for speaking out against #HarveyWeinstein #rape https://t.co/8giwNkrC5t

It’s not just Weinstein. There’s this account from a Hollywood crew member (as well as women in other fields) who was fired and blacklisted for speaking out against her assailant. ER’s Vanessa Marques detailed how George Clooney was complicit in her blacklisting after she fought against the culture of sexism and harassment on set. We’re hearing stories from women who prevailed over their assault and harassment.

How many more actors and actresses have you wondered “what happened to them” about, for whom the answer would be: this. How many more women faced harassment or assault and felt so discouraged and disillusioned that they chose not to pursue their desired career? Can we call that their decision any more than if they were formally banned from their industry? We all pay dues and work and fight for our jobs, but for too long, it’s been simply accepted that for women, part of those dues, that fight, is based in men’s desire to have sex with them.

For far too long, men have held ownership of entertainment and nearly every other industry, free not just to keep women out if they chose, but actively making women feel unwelcome, telling them through their behavior that if they want careers, they have to pay dues entirely unrelated to any job. That if they want these jobs, they also have to put up with active sexism and abuse. (This is a disturbing account of what it was like for one young woman–a child–encountering the Weinstein brothers.)

How many women were denied careers, entire other lives, because they wouldn’t accept sexual abuse as a job requirement? Because they refused to accept that sexual relationships are viewed as an unofficial resumé section?

Ultimately, we cannot think of abusers simply in terms of their individual actions. It goes so far beyond that. How many women did Harvey Weinstein and his ilk not just abuse in hotel rooms, but deprive of their careers, either directly or by creating systemic, disgusting, unprofessional obstacles?