Wakanda Forever! What Black Panther Means to a Black Woman 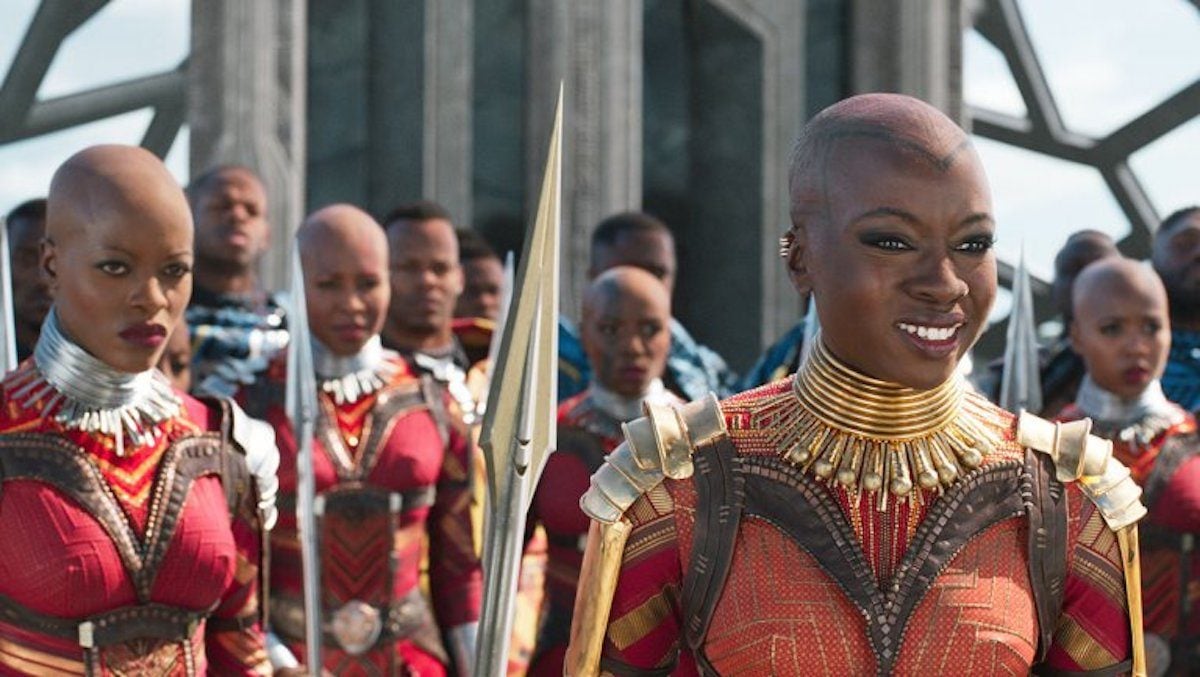 Black Panther is a gem. I saw it standard, in IMAX, and in 4DX. I went to three themed events. All that is to say that Wakanda has dominated my thoughts this week.

So first, let’s get one thing clear:

Nakia is the hero of this movie

Within seconds of T’Challa’s temporary defeat, Nakia (Lupita Nyong’o) surmises that Wakanda’s top women and the heart-shaped herb are key to the safety and future of Wakanda. In hours, she creates and executes a plan that ultimately saves the entire nation from being discovered and otherwise ruined.

It’s important to say that Nakia’s experience is a microcosm of Black womanhood. She’s constantly working with and for Black women. She sees what needs to be done and simply does it, even if she doesn’t want or feel qualified to. No one really listens to her, except other Black women. This includes T’Challa, to whom she has to reiterate and defend her position every five minutes. Nakia says early on that Wakanda can and should share technological resources and extend aid/refuge to marginalized Black people around the world; everyone promptly dismisses or struggles with this until Erik Killmonger shows up and says the same thing, but angrier. Suddenly, everyone in the audience raises a fist of solidarity. Any woman who has ever been in a group discussion or professional meeting with men has lived this moment.

Nakia loves people, but she isn’t being a bleeding heart about it and never suggests joining the world. Her vision is simple and feasible. Wakanda’s self-sufficiency and longstanding isolation have put it in the best position to dictate terms for its humanitarian and collaborative efforts. With proper planning, Wakanda can remain relatively secure while supporting and clearing a path for Black and brown people across the world. Can you imagine if Wakanda had paid off Haiti’s 122-year debt to France, for example? That’s revolutionary.

Meanwhile, Erik wants Wakanda to give the world’s oppressed people (whom he only mentions when convenient) the firepower to free themselves—not so they can pursue their own self-determination, but so that he can become their overseer. We watch as he shows little to no regard for life, righteousness, or constructive criticism. We watch as he literally assaults or disrespects every Black woman he encounters, including his girlfriend.

Let’s discuss this Black woman real quick. She is nameless. She has literally two lines. When her life is used as a bargaining chip against Erik, she uses her last words to apologize to him. I assume for existing and being used against him? Erik kills her unceremoniously. Klaue doesn’t even have a dry and witty quip about it. The movie rolls on, right over her body. One could say she was written because the story needed someone on the inside at the museum, but I don’t think that’s the reason. Erik’s girlfriend is commentary, a reminder about how often Black women are expendable beasts of burden in their communities and relationships. She is a lesson, a clue about Erik’s character, and the first of a few crossroads for those who side with Erik.

All this, and it takes too many people far too long to see the betrayal, hubris, fatal flaws, and his oppressor logic. #NakiaWasRight all along. 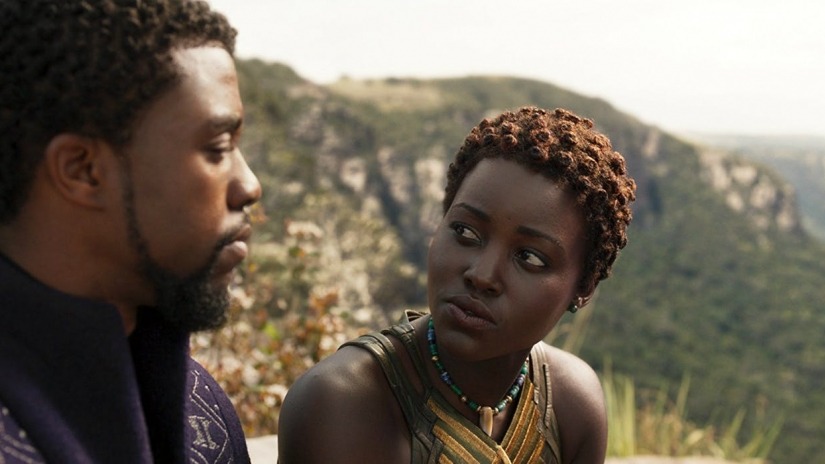 One of my favorite things about the movie is the variety of womanhood on display. There were warriors, scientists, lovers, spies, royalty, divine ancestors, criminals, healers, urban fashionistas, and homesteaders! The featured women did not always agree with one another, yet they did not disrespect one another over their differences or compete for attention. I loved Shuri’s confidence and humor, Okoye’s passion, Nakia’s astuteness and kindness, and Ramonda’s poise. I disliked Shuri’s naiveté, Okoye’s conformity, Nakia’s leniency, and Ramonda’s near-obsequiousness.

There doesn’t seem to be gender-based violence or oppression. #InWakanda, women are the current leaders of the merchant and mining tribes. As head of the merchant tribe, an old Black woman oversees the national economy. It is similarly powerful that an old, dark skinned, full-figured Black woman presides over the extraction and handling of vibranium. Women, men, boys, and girls tend the sacred heart-shaped herb—the other source of Wakandan might, which imbues a person with the powers to become Black Panther. In short, an intergenerational collective secures Wakandan power.

T’Challa wants Nakia as queen because he loves her, not because she “shouldn’t” be out kicking ass, or because he feels the need to protect her. An equal number of men and women work in Shuri’s lab (I counted), where the young princess is lead innovator for the most technologically advanced nation on the planet. Jabari ruler M’baku is the only one offended by this, and his issue is that Shuri is young (inexperienced) and non-traditional—not that she is a girl. When the premier Wakandan women come to entreat M’baku, he regards them as equals. In the final battle, we see a fierce Jabari woman in combat on the front line. We also see W’Kabi yield to Okoye, not only because he loves her, but also because he takes a look around and realizes the Dora can and will decimate his clan.

Despite all this respect though, there doesn’t seem to be a path to the throne for women (unless something drastic happens, and it takes Marvel more than 40 years to even imagine such a scenario). Okoye and the Dora Milaje are ultimately soldiers who exist to serve and die for the interests of others. Wakandan queens and elder councilwomen exist to offer their opinion and support to kings, but never to make decisions. Meanwhile, the male leadership of Wakanda generally does what it wants, sometimes unilaterally.

I’d also be remiss if I didn’t point out that gender seems binary #InWakanda, and we don’t see queer representation. I don’t think that the movie suffers for this, but when I note Black Panther’s pan-Africanism and think about the movie as a triumph in mainstream representation, I can also imagine that LGBTQ and gender non-conforming Black people would have liked to see that aspect of their identities reflected in what is supposed to be a Black utopia. There’s also a similar conversation to be had about differently-abled people in this depiction of Wakanda. I don’t have the right, knowledge, or space to discuss this at length. Fortunately, folks such as Carmen Phillips and Jazmine Joyner speak for themselves on these topics (check the links).

Jazelle Hunt is a bookworm, dancer, and writer whose favorite topics include wellness, womanhood, and culture. She’s a Disney expert, sci-fi enthusiast, and Octavia E. Butler evangelist. Connect with her on Twitter (@JazelleAH) and watch for more of her musings on Medium (@contactjazelle).