With Adrien Brody on a train, of course. 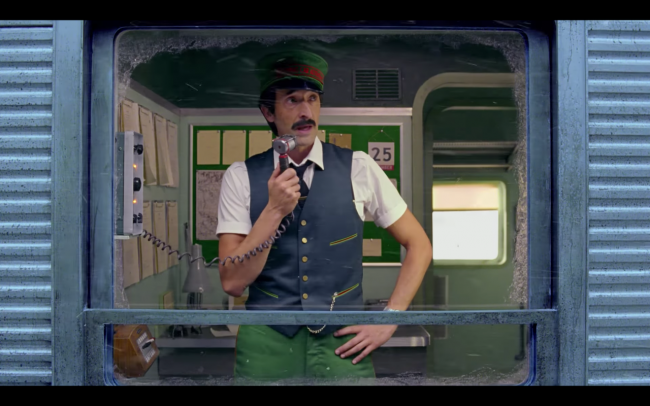 We’ve not heard heads nor tails of Wes Anderson for quite some time now, and yet this news that he’s resurfaced to direct a commercial for H&M seems somehow all-too-appropriate. What’s even more appropriate is that it’s listed as a “Short Film” (yes), it takes place on a train (of course), and it even stars Adrien Brody (duh). It’s absolutely dripping with Anderson’s trademark style, complete with very clean pan shots, delicately detailed and appointed sets, a colorful cast of characters, and even a list (because Wes Anderson and lists are like that, you know).

Commercials aren’t necessarily a new thing for Anderson, either, as he had previously created a very meta American Express commercial that ran a while back. It, too, was filled with Anderson stars and his iconic style.

It’s known that Anderson is currently working on a stop-motion feature, kind of a follow up (but not a sequel) to Fantastic Mr. Fox. His latest outing, The Grand Budapest Hotel, was nominated for Best Picture in 2015, and won Best Musical Score, Best Costume Design, Best Production Design, and Best Makeup. It’s funny, though not uncommon, that Anderson commit the same amount of effort and excellence into a commercial, of all things.

Anyway, at the very least, this commercial should help with the walloping your wallet undoubtedly took this weekend from all that shopping.