We’re Rebooting The Scorpion King? Why??? 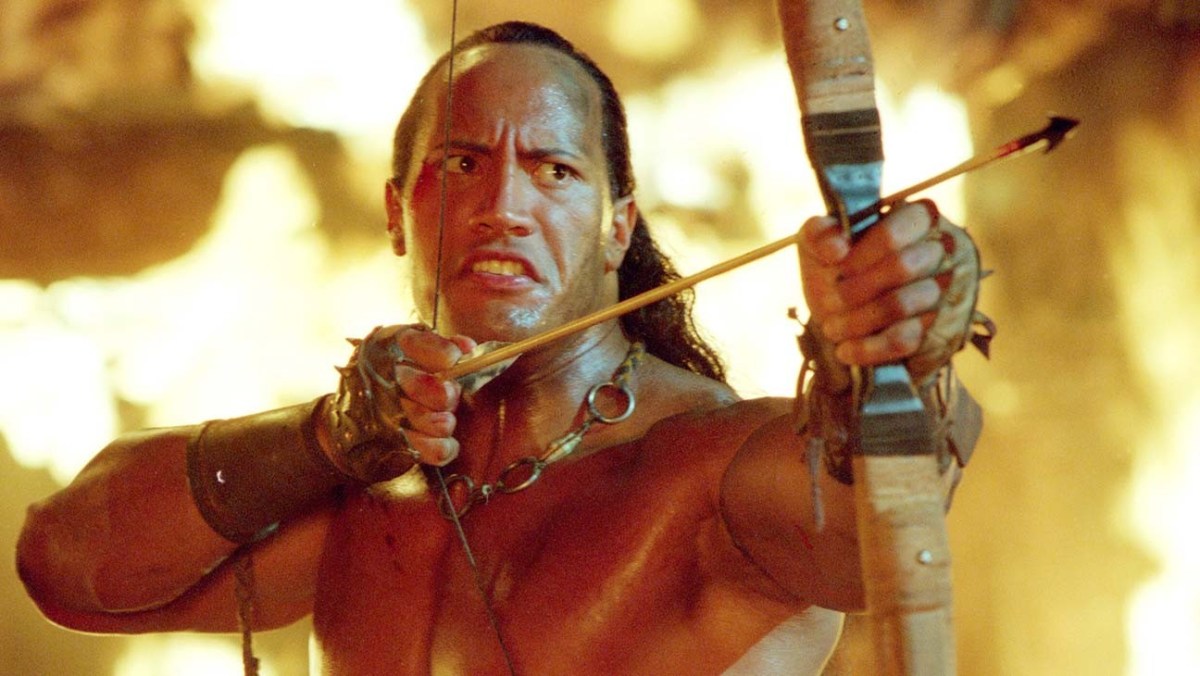 It seems that Scorpio season is going out with a bang, as the reboot bonanza continues. As Hollywood struggles to slowly recover after shutting down due to COVID, studios seem highly interested in sticking to tried and true stuff. This means we’re getting more frankly baffling announcements like this: Dwayne Johnson (The Rock to his pals) is working to reboot one of his first hit: The Scorpion King.

Do you remember The Scorpion King? Because I do. For some reason, I saw it in theaters because I didn’t have much else to do in 2002 when it came out, and I was enthralled by the prospect of a whole ass movie about a minor villain from The Mummy 2. In case you have forgotten, and I can’t blame you if you did, in The Mummy 2, the good and bad guys are trying to find the treasure or temple or something of the legendary Scorpion King for the whole movie, which was really just as a gimmick to get wrestling superstar The Rock onscreen in the final moments.

Well, he was sort of in the movie. He shows up attached to a giant scorpion with some of the most terrible digital effects ever put to screen for the big final fight. It’s fun and ridiculous.

But because The Rock was so obviously a star, Universal fast-tracked a prequel film about this character where he was the Conan-style barbarian hero, never mind the bit where he loses his kingdom later and turns into a giant scorpion monster.

The Scorpion King is fine as a movie, if generally forgettable. Its place in history is due to the fact it was Johnson’s first starring role and that it was the first stepping stone for the Rock to become the major movie star he is today. Seeing The Rock as the star was the thing that made the movie worthwhile, which is why the most perplexing thing about this remake is that … The Rock won’t be in it.

Yes. Indeed. Deadline reports that Johnson is on board to produce this reboot, alongside Seven Bucks Productions, and with a script from Straight Outta Compton‘s Johnathan Herman. All fine! But the Rock, being ya know, THE ROCK, is booked through 2022, so the role of The Scorpion King himself will be recast and Johnson might not even manage a cameo according to reports. Which is??????? Weird?

The Scorpion King was my very first role ever on the silver screen and I’m honored and excited to reimagine and deliver this cool mythology to a whole new generation. I wouldn’t have had the career I’m lucky enough to have had it not been for The Scorpion King and I’m thrilled that we at Seven Bucks Productions can help create those same opportunities for other hardworking actors today. I believe Jonathan Herman will put in the hard work to deliver a fantastic script for our global audience.

This is all fine and good and almost acknowledges that the only reason most people saw this movie was because of who was in it, not the story or characters but … okay. I do not care about this random remake of a random movie without the star?

There’s one way I can see this going well, or at least in an interesting direction and it would be to make this an entirely new story based more on the real Scorpion King. Oh yes, my friends, the so-called Scorpion King was a real person and was pretty much the first king to really unite Egypt. This era is mysterious and dramatic and may also have coincided with the invention of written language in Egypt.

That’s cool! That’s a movie I want to see! I don’t need magic and sorceresses and other nonsense. Give me Egyptian history! And even better, since you’re going to recast this, please give this role to an actual Egyptian actor.

Overall, I’m just confused by this news because it doesn’t feel like something that anyone was asking for, and while it might be an opportunity to tell an interesting and diverse story, I’m not sure that’s what the people at Universal who see this as a cash-in opportunity are thinking. But heck, at least we know the special effect will be better than what we got in The Mummy 2.