And by we, I mean that my cosplay obsessed self is absolutely in love. 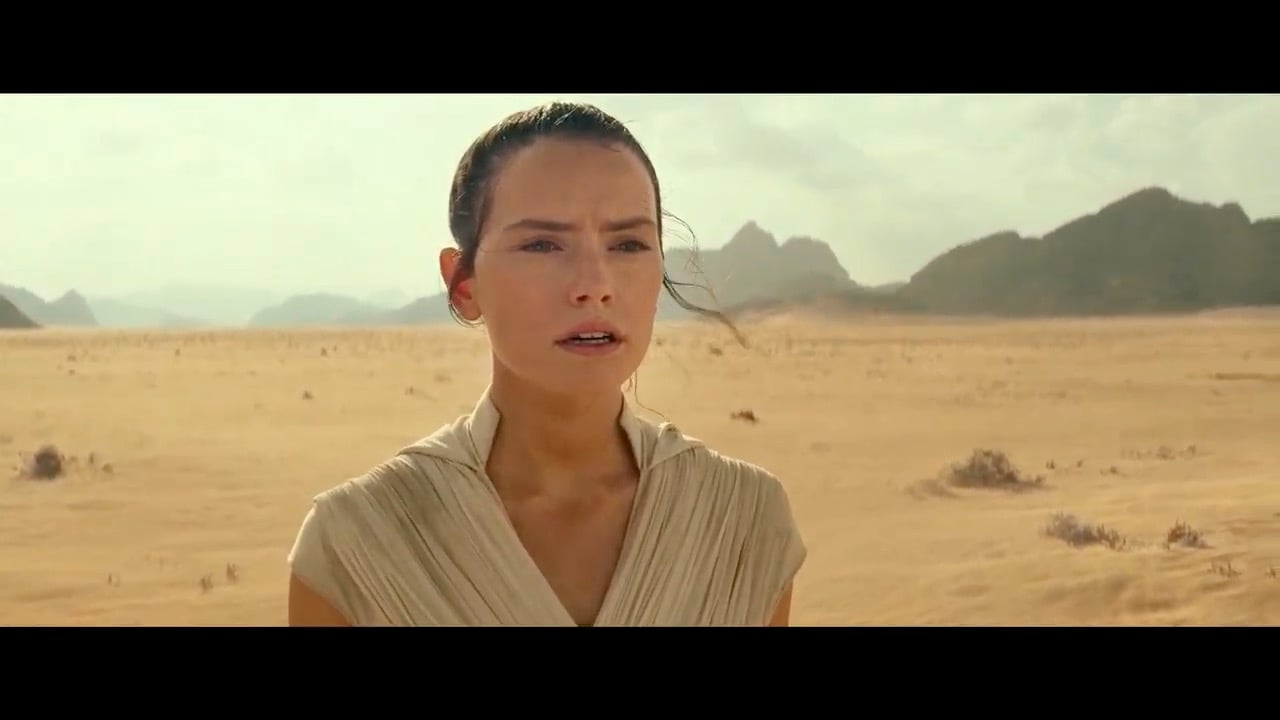 The second I saw Rey’s new look in the Star Wars: The Rise of Skywalker teaser, my first thoughts were that I simply had to cosplay it in the near future and that it was a fascinating choice for her final outing. In her new, all-white outfit, Rey is forging her own identity while still calling back to the classic costumes of the original and prequel trilogies, and I’m 100% here for it.

The Force Awakens sees Rey in a taupe-and-grey wrap dress and grimy clothes as she scavenges to survive on Jakku, with her hair in her iconic three bun style. In The Last Jedi, Rey donned two separate costumes. One is a grey outfit gifted to her by the Resistance that is reminiscent of Han Solo’s vest, and the other is a Jedi’s tunic in darker colors that Rey usually wears. It’s worth noting that her hair is worn down with her Jedi outfit after it falls out of place during a scene in which Rey has a mystical journey in a cave.

But in The Rise of Skywalker, Rey’s hair is back up in a more elaborate version of her three buns. The tunic and obi of her previous outfit have been exchanged for a hooded top and pants that are similar to her Resistance top and pants. She’s wearing a white wrap dress like her original scavenger outfit had, and her signature arm wraps and bracer are present, plus a new armband around the injury she sustained during the fight with the Praetorian Guards. She has her holster, a blaster, and her reforged Skywalker saber.

The hood and the color scheme off the outfit reflect two classic Star Wars costumes: Luke’s original farmboy look and Leia’s iconic senatorial dress from A New Hope. While Rey might not be a Skywalker by blood, she’s more of the heir to Luke’s legacy and Leia’s legacy than Kylo Ren has been so far. It makes sense to have her costume call back to their iconic looks from the beginning of the saga as Rey brings it to a close.

In both their original outfits, Luke and Leia were symbols of hope. They never stopped being symbols, but in those original outfits, they became legends for an entire generation of fans back in 1977. With their story now coming to an end, it makes sense that Rey is going back to that symbolic look. After all, as the teaser trailer says, every generation needs a legend.

The outfit is also very similar to the battle outfit Padmé wears in the latter part of Attack of the Clones. We’re getting callbacks to the entire Skywalker family, it seems.

Her look might seem like one step forward, two steps back in certain ways. After all, Rey is returning to an outfit that’s similar to her Force Awakens days, hair and all. However, I think it’s an excellent callback to the first film that is unique enough to stand on it’s own. She’s keeping what makes her special, including those three buns that she wore to make sure her long-gone parents could recognize her, but she’s making it her own. The pants are new. The hood is similar to Leia’s. She has a blaster and a lightsaber from both her father figures.

Rey’s costume has always been instantly identifiable. Walk around at any comic con and you’ll see the three bun hairstyle, familiar medley of taupes and greys (I’ve made my own Rey costume, I know the pain of trying to make that color screen accurate), and blue Skywalker saber. Rey should still feel identifiably Rey in the same way that Obi-Wan always wore his Jedi robes or in the same way that all of Padmé’s gowns felt identifiably Padmé.

With her drape-y wrap dress, capris/boot combo, and arm wraps, Rey is instantly recognizable as being Rey, the character audiences fell in love with in The Force Awakens. And yet, she’s changed. Her costume has hints of all three outfits she wears throughout the films, and reflects the past and well as her point in the future. Michael Kaplan did a fantastic job with her look throughout all three films, and I’m excited to don this latest costume and carry on Rey’s legacy at the next con I attend.

cosplayStar Wars: The Rise of Skywalker