Another Bright Spot in This Never-Ending Week: Pennsylvania’s Lt. Governor and His Awesome Wife 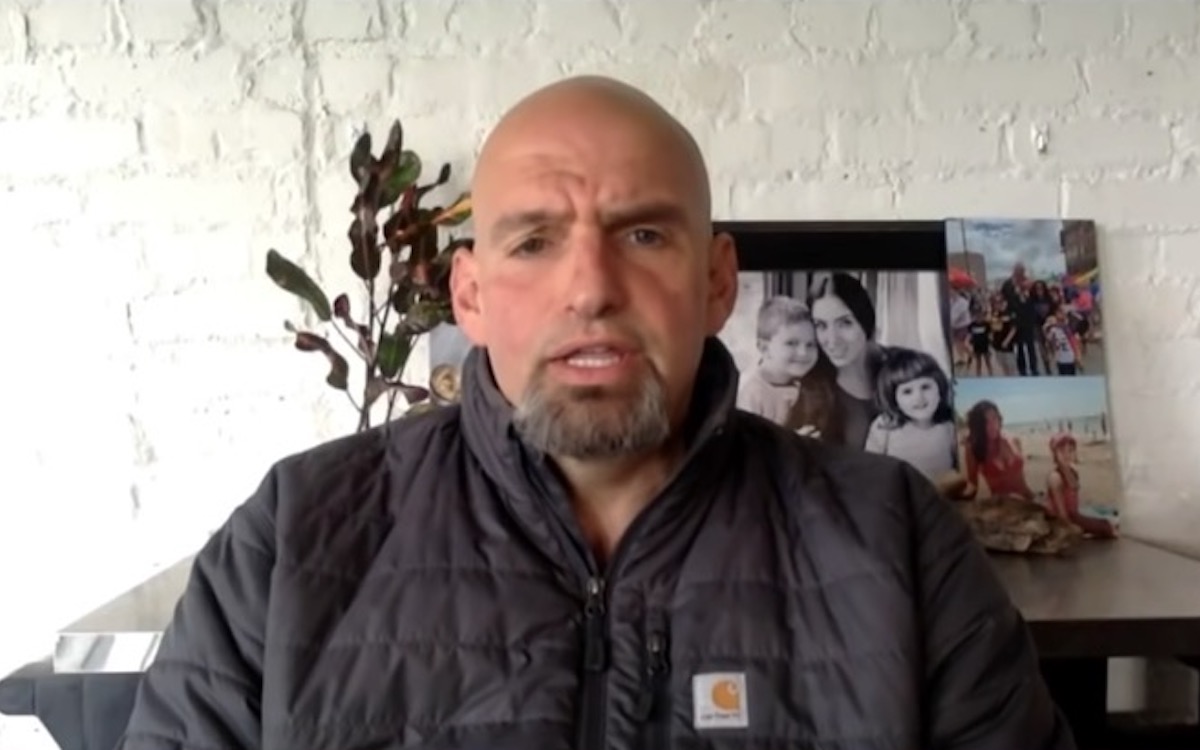 There have been a couple of MVPs offering us some respite in this never-ending period of election result coverage—most notable, of course, being MSNBC’s Steve Kornacki, who has been hurtled into wonkish superstardom over the last few days, complete with fancams and his own Twitter emoji.

Another person who has stolen the hearts of news-watchers is Pennsylvania’s Lieutenant Governor, John Fetterman, as his state has been one of the central battlegrounds of this election.

Many of us outside of Pennsylvania were not previously aware of Fetterman, who definitely challenges a lot of people’s preconceived ideas of what a politician—especially a Democratic politician—should look like.

Not worried about meddling in Pennsylvania. They’re Lt. Governor is a democrat & Goro from Mortal Kombat pic.twitter.com/7wh031EIML

Tom Wolf looks like the head of the CIA who calls retired John Fetterman (who is living off the grid) and tells him “I didn’t want to call you, but I have an important mission and you’re the God Damn best I’ve ever seen” pic.twitter.com/xvwCz8whHu

National treasure John Fetterman, the Lt. Governor of Pennsylvania who has been fielding a lot of Trump’s attacks on the state is most notable for being good at his job but also
A. huge and
B. wearing the exact same shirt in almost every other photo he is in pic.twitter.com/coX0tA4nHj

Fetterman has been making a lot of appearances on cable news shows over the last few days and he refuses to disappoint in any of them.

Pennsylvania Lt. Gov. John Fetterman: Trump “can sue a ham sandwich” but it won’t change ballots from being lawfully received and counted. pic.twitter.com/HyGZTYAYnA

His Twitter account is also a total delight. It’s a mix of no-nonsense, informative election/political commentary, along with a lot of PA pride.

“40% of our state’s population will be a 30 minute drive from a CandyLand of legal weed. If you’re to the right of South Dakota-on anything-maybe you should rethink this,”

Check out my SoundCloud:

With everyone all interested in Pennsylvania, 🥰 I wanted to remind you that one crackerjack LG had 500 pounds of delicious PA butter crafted into a fitting tribute for Gritty this year. #ButterGritty 🙌

Much of his Twitter is also dedicated to his family–his children and his wife, Gisele Barreto Fetterman, who is every bit as awesome as her husband.

Baretto is a Brazillian-American immigrant and an activist working for food equity in the state. She met Fetterman when she was living in New Jersey and he was the mayor of Braddock, PA. Baretto reached out, CNN wrote in a recent profile, “to find out more about the town, whose declining population numbered around 2,000 at the time, and learn more about efforts to revitalize the community.”

Pennsylvania, your second lady is a formerly undocumented immigrant. ❤️Thank you.

Her Twitter account is also terrific—a mix of political advocacy and support for/loving dragging of her husband.

Guess who just voted for the first time since becoming a citizen last month?! My momma! 😭🇺🇸❤️❤️❤️❤️ pic.twitter.com/c1pQvyHwBE

I’m off duty as production assistant tonight so if @JohnFetterman messes up my background, angles or lighting … I quit! @ratemyskyperoom 🥰❤️ pic.twitter.com/OcdiJuz2FI

He wore shorts to our wedding. That was the first red flag. 😐 https://t.co/1YH2EvqgrH

The family, which includes three kids and a gorgeous dog, refused to move into the taxpayer-funded LT. Governor’s residence and instead live in an unbelievably cool converted used car dealership. You seriously need to go look through these pictures of their house, it’s amazing.

Here’s a little more on my Levi ❤️ He was a chain rescue and came from a pretty terrible and abusive situation. We adopted him through Foster Farm Family and he’s the best boy 🥰❤️ https://t.co/QOa7FczzEY pic.twitter.com/FAEDHM0MRN

The Guardian dubbed Fetterman America’s “coolest mayor.” He has a giant tattoo of his zip code on his forearm that inspired Christian Bale’s character’s neck tattoo in the 2013 movie Out of the Furnace. He says things like “Donald Trump can sue a ham sandwich.” But on top of all of that, his policies are excellent.

While in office, racial equity, environmental protection, gay rights, and immigration were major cornerstones for him. Fetterman created a community center, as well as youth and art programs, worked to fix the town’s ruined buildings, and paid special attention to the impacts that policing has on Black people in the community. He was even arrested for protesting in 2010.

He’s brought artists to this town east of Pittsburgh , fed the hungry from the bed of his pickup truck and, perhaps most important to his political fame, been a progressive since before Bernie Sanders became a household name.

Loving the John Fetterman memes tonight, but please know our Lt. Gov is not just some big lovable mascot but a smart dude with a track record of actually doing shit and broadly appealing policy positions. The future of the electable left looks like John and his family.

I admit I was one of those people who didn’t have Fetterman on my radar before this week but now he’s never, ever leaving it.

Not even kidding, I think if Pennsylvania’s 6’10 pro-weed Lt Governor John Fetterman were to ever run for President he’d win 400 Electoral Votes pic.twitter.com/CMv6Y4ye1z