Welsh Treasure Trove Reminds Us of the Memento Mori 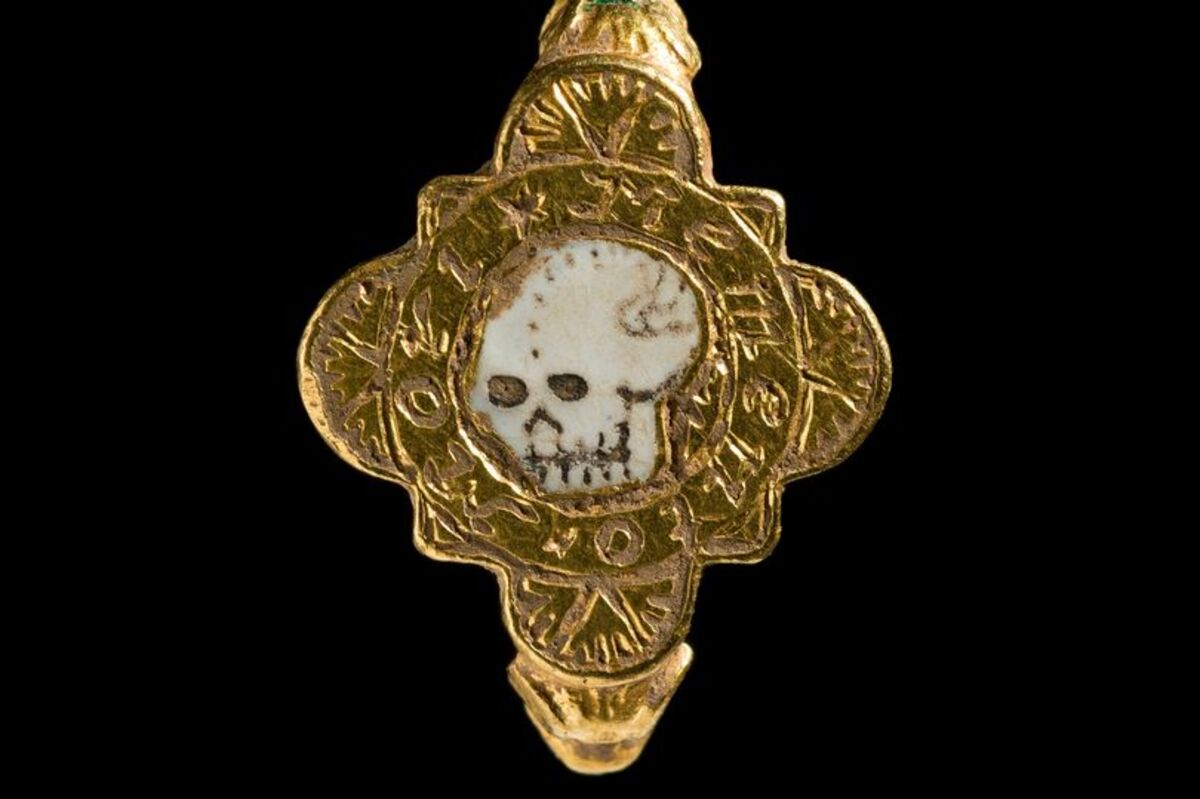 A recently uncovered trove of artifacts in Wales has been officially designated as a treasure, meaning that the collection of  coins, rings, and other personal items which belonged to Welsh nobles from the 9th to the 17th must be given over to the staff at the National Museum of Wales. Among the horde was a gold finger ring from Carreghofa Community, Powys. Pictured above, the ring features a skull and is also engraved with the Latin phrase “memento mori.” It means “remember that you die.”

The ring is a perfect example of the larger memento mori type of art that we find throughout history. It’s art that reminds people of the inevitability of death, types of which we find all over history. Death is, after all, one experience that every human will eventually share, so of course depictions and reminders of it are near-universal.

All over history, we can find macabre locations and art that remind the viewer of their mortality. Especially in Christian contexts that emphasized the importance of life after death and salvation, and why sinners should repent, it’s quite popular. Chapels and tombs decorated with skeletons and bones, sometimes sculpted from bronze or marble but often made of actual human bones, dot the landscape of Europe.

In Portugal, you will find the Capela Dos Ossos, literally the “chapel of bones,” decorated in human bones, where an inscription reads, “Nós ossos que aqui estamos, pelos vossos esperamos.” In English: “We bones, are here, waiting for yours.” The chapel was built in the 1600s, around the same time in history as this Welsh memento mori ring was probably made. What was going on with this stuff?

Dr. Mark Redknap, Deputy Head of Collections and Research at Amgueddfa Cymru – National Museum Wales, explained in a press release: “This is a rare example of a Tudor or early Stuart memento mori ring with a clear Welsh provenance. Its sentiment reflects the high mortality of the period, the motif and inscription acknowledging the brevity and vanities of life. This discovery increases our knowledge of attitudes to death in early modern Wales.”

Art and jewelry that literally says “remember that you will die” from the Renaissance and other eras are important, not just because they are grim and more than a bit creepy, but because they tell us about what life was like for the people that wore these pieces and built these bony shrines. Life was hard then, and death always around the corner. Plagues, wars, childbirth … even a bad tooth could kill you.

Nowadays, with medical advancements and other modern conveniences, we are much more removed from the specter of death than our forebears. We like to pretend we’re immortal, and the closest we get to a tradition like the memento mori is the surplus of skeletons and ghosts around at Halloween, but we don’t usually think too much of them as actual reminders of death. But maybe the ghosts of the Haunted Mansion inviting us to die and join them is close.

But the real spirit of the memento mori wasn’t just being aware of death; it was about living life. Yes, it was a reminder that all must die, great and poor, but it was also a memento of why you should live it up while you can. Because eventually, death comes for us all.