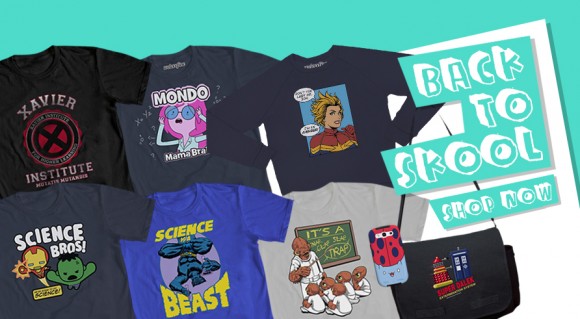 Unlike some people, I actually enjoyed back to school season. But pretty much only because my mom would give me money for a new outfit. If only WeLoveFine.com existed back then! Check out their Back to School collection which features cell phone cases, messenger bags, leggings and more from Marvel, Star Wars, My Little Pony, Adventure Time and other favorites. I may just have to pretend I’m going back to school this year.