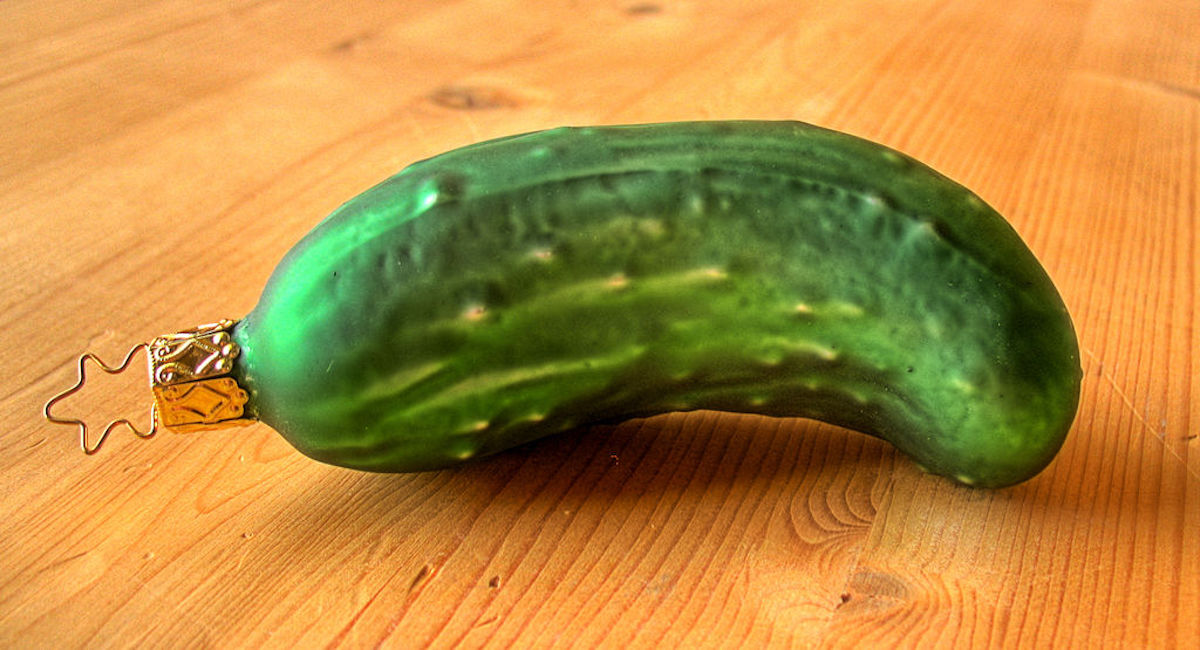 Hello and welcome to Christmas Eve, the penultimate Christmas! It’s also the third night of Hanukkah—in general, a day of festivities. Many of us have developed weird (and sometimes wonderful) annual traditions that go hand-in-hand with the holidays (or had them foisted upon us by family and friends). Let’s talk about some of the strange things we get up to.

When you think about it, most of the things we do around the holidays would look utterly bizarre to an outside observer. Decorate a dead tree? Tell children an all-powerful, all-seeing man is bringing them presents, and requires cookies? Light candles to commemorate the Maccabee revolt of 167 BC, and eat some foil-covered chocolate for good measure? Nothing about the holidays makes much sense! But those traditions are long-ingrained, filtered down through the years from disparate cultures, and seem normal. Less so are some of the lesser traditions that have sprung up, and those that we have made for ourselves.

In polling The Mary Sue staff, it was our Jess Mason who took the cake—or, in this instance, the pickle. Jess told us about her family’s tradition of “the Christmas pickle,” sometimes known as “Weihnachtsgurke,” which in the always delightfully literal German means, you guessed it, “Christmaspickle.”

“CHRISTMAS PICKLE???” I typed back in excitement. “DO GO ON.”

The tradition involves hiding a glass ornament shaped like a pickle in the branches of the Christmas tree. Whoever finds it first Christmas morning then receives an extra present or is “said to have a year of good fortune.”

According to Wikipedia, “This tradition is commonly believed by Americans to come from Germany and be referred to as a Weihnachtsgurke, but this is probably apocryphal. In fact, the tradition is completely unknown in Germany. It has been suggested that the origin of the Christmas pickle may have been developed for marketing purposes in the 1890s to coincide with the importation of glass Christmas tree decorations from Germany. Woolworths was the first company to import these types of decorations into the United States in 1890, and glass blown decorative vegetables were imported from France from 1892 onwards. Despite the evidence showing that the tradition did not originate in Germany, the concept of Christmas pickles has since been imported from the United States and they are now on sale in the country traditionally associated with it.”

Alas, it looks as though the Christmas Pickle, like many of our latter-day Christmas traditions, was likely invented by jolly old St. Capitalism. But don’t worry, kids! It could always be worse:

“Another origin which comes from Berrien Springs is a Victorian era tale of St. Nicholas saving two Spanish children who were trapped in a barrel of pickles by an innkeeper, which actually derives from a much more gruesome medieval legend involving a cannibalistic butcher butchering and storing a group of boys in a barrel and St. Nicholas miraculously restoring and resurrecting them.”

Let your days be merry and bright, and don’t forget to tell the kids today about the butchered children St. Nick brings back to life. Now if you’ll excuse me, I have to go see a man about a glass pickle.

What’s the weirdest thing you do without fail on the holidays?